In one part of its company, Atlas Manufacturing, Minneapolis, MN, had moved into the future. Now Atlas President Mark Engel needed another part of his company to take the next step.

Atlas, a precision sheetmetal fabricator and stamper, recently added new laser and CNC punch machines to upgrade its fabrication department. In the stamping department, Engel’s focus shifted, in 2012, to minimizing the company’s die-change times to become more nimble and flexible. That goal complemented well other goals in the pressroom, including updating the company’s press technology. A more accurate press with features such as hydraulic overload, powered shut height with accurate display, variable speed and a wet clutch all were on the wish list.

But the ability to rapidly change tooling clearly stood front and center.

“We need to be ready to respond if a customer calls with a line down or has an unexpected surge in business,” Engel says.

Engel and his team found solutions to its press needs and to enable more rapid die changes when visiting METALFORM and FABTECH in Las Vegas in 2012. Contacts made there led Engel to local machinery dealer TCR Metalforming Solutions, Wisconsin Rapids, WI, and TCR president (and article author) Todd Wenzel.

By the time TCR finished working its quick-die-change magic at Atlas, it had several new products on hand that have reduced die-swap times by 50 to 75 percent. Engel says the operators love the new technology and are able to focus on making more parts with less setup time.

How did TCR Help Atlas Achieve its Goals?

Regarding die-change technology, the tendency is to focus on the clamps themselves—mechanical, hydraulic or magnetic clamping—because they are the products that the end user buys, so the costs are clear. All three technologies have their place, with advantages and disadvantages to each and calculating their relative is quite simple.

What is not simple is identifying the hidden costs of tooling modifications that may be required. For example, if there are a substantial number of legacy tools, tooling-modification costs can be many times higher than new clamping technology.

Atlas’ legacy tooling had been clamped to the press ram using bolts dropped through the ram plate into tapped holes in the top of the tools. The lower tools had been clamped using traditional strap clamps with heel blocks that varied in height to position the clamp to match the tool. There was no common clamping height for the lowers, positioned anywhere from 3.5 to 4.5 in. from the die plate; lower tools were on parallels with no quick-die-change plates.

In addition to the tooling, Atlas wanted its next press to have more tonnage capacity.

“We wanted not only to be able to run legacy tools, but saw value in increasing press size so we could use the press for larger parts in the future,” Engel says.

An increase in tonnage capacity would mean a larger ram, making it impossible to put holes in the ram of the new press that matched the old tooling’s tapped-hole locations.

Several proposed new tools would be as large as the new ram, so there was no to use mechanical clamps that need to rest a heel on the ram face next to the tool. And none of the tools had slots milled into them that would line up with the new press’s T slots.

The Right Clamp Style for the Job

There was one common feature for all the tools, though: a flat steel surface on the top. This made magnetic clamping (from Soph Magnetics, Inc., Brighton, MI) for the upper a simple choice. It required no die modification of any sort, a big savings compared to what would have been needed if hydraulic or mechanical clamps were used.

For the lower tool, though, magnets were not an easy option. With the tools on parallels, it was possible to clamp with magnets, but the investment would be much higher than if the tools were on plates. The number of tool changes per shift in this application did not justify the cost to use the more expensive magnetic clamping required for parallel-mounted tools.

And, because clamp height varied by as much as 1 in. from tool to tool, hydraulic clamps were not possible without substantial tooling changes that meant higher costs.

That left mechanical clamps, which have seen recent noteworthy upgrades in technology. For its new Aida press, Atlas went with adjustable mechanical clamps (Model S40 clamps from Lenzkes Clamping Tools, Christiansburg, VA) with 13,400 lb. of clamping force and height-adjustable from 3.5 to 7 in., which eliminated the need for separate height heel blocks. Their design allowed a wide clamp-height range by adjusting the height of the bolt which passes through the forged steel frame of the adjustable clamp into a special T nut. With no separate pieces to be stored, the system proves simpler than older styles of clamps, and faster to set up.

It also eliminated potential errors that sometimes are seen with the older-style strap clamps, where a short heel block could cause the clamp to put sidewise thrust on the tool, or the heel would be placed too close to the bolt so the clamping force was directed to the heel and not the tool itself.

“The Lenzkes clamps provide a faster clamping method than we previously had,” Engel says. “Their mistake-proofing elements also were attractive. Looking for opportunities to improve is an important part of our culture at Atlas.”

So, the eventual die-clamping solution combined Soph magnetic clamping on the ram for the upper tools and Lenzkes mechanical clamps for the lower tools. That allows rapid clamping and no modifications to legacy dies.

Savings Coming from Every Direction

“Modifying our existing tools could have created interruptions in production,” he says. “Tools may have been needed before we could have gotten them modified. The solution we went with allowed a fast, seamless conversion from running on the old press to the new.”

With the decisions made for die clamping, TCR provided a plan to move the new press and related equipment into the Atlas pressroom. TCR’s technicians installed the magnets, set up all of the guarding, and integrated the existing feed line to the new press in just a few days.

The swift startup meant no disruptions in product flow and no delays for Atlas customers. Being able to provide skilled trades staff and project management to customers such as Atlas, to turn technology recommendations into reality on the floor, has been critical to TCR’s growth.

And, the improvement in die-swap times isn’t the only benefit Atlas has seen from the changes. 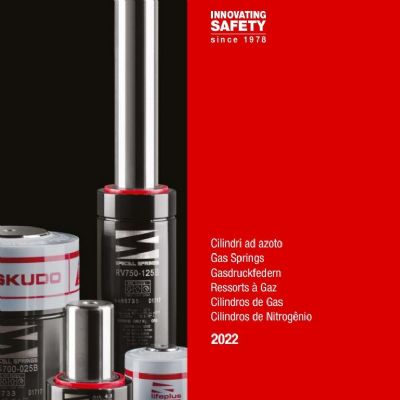 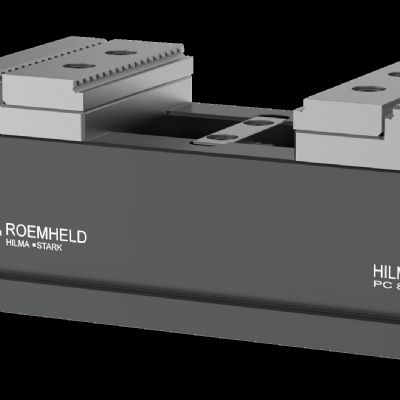