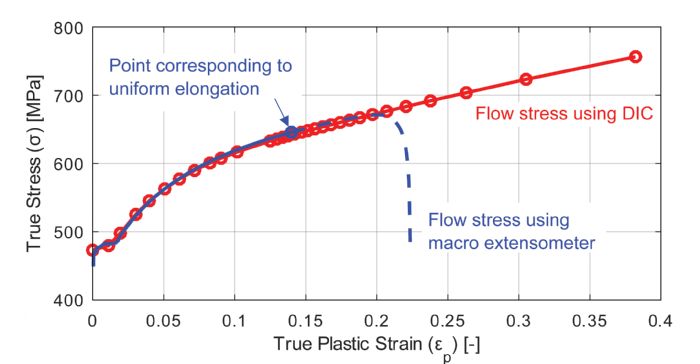 The hardening curve, by definition, is the true-stress/true-plastic-strain curve in the rolling direction, as determined by a tensile test. However, most simulation-software packages require a hardening curve up to a true plastic strain value of 1, corresponding to a 172-percent engineering strain. Of course, most metal alloys cannot withstand that level of strain in a tensile test.

Consider here the hardening curve for high-strength low-alloy steel with a 420-MPa minimum yield strength (steel designed as 420X, HC420LA or CR420LA, for example). One sample of this steel had about 15.4-percent uniform elongation (as defined by ASTM), corresponding to 0.14 true plastic strain. Even when digital image correlation (DIC) is employed, maximum true plastic strain is just short of 0.4 (Fig. 1).

To develop a hardening curve that reaches a 1.00-true-plastic-strain value, several material models have been developed. Most sheet metal grades can be modeled using three models (Fig. 2):

Most software packages allow designers to input the parameters of these models. If not, the software most likely will allow the import of tabulated data. 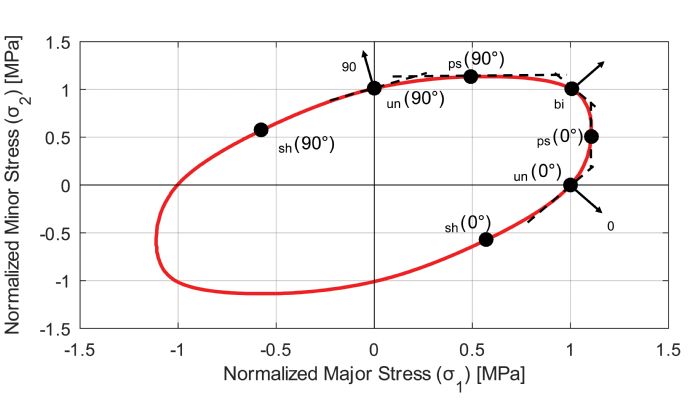 This may be one of the most complicated set of parameters to comprehend, and to experimentally determine. While we can calculate true stress from true plastic strain in simple tension or compression (i.e., uniaxial loading), when deformation is multiaxial the relation between stress state and strain increment becomes complicated.

The earliest yield functions were purely mathematical and could be applied only to isotropic materials—difficult to find in sheet metal forming. When using the von Mises yield function, it is impossible to predict earing in a deep-drawn round cup. In 1948, Rodney Hill, an applied mathematician at the University of Cambridge, developed the first anisotropic yield function. Since then, many new yield functions have been developed, requiring the input of more experimental data.

One such model, the Vegter 2006 (Fig. 3) requires the experimental determination of 14 parameters. Selecting an incorrect yield function can cause significant errors in predicting:

Predicting when a part will split is extremely challenging. Most simulation software relies on the forming limit curve (FLC, Fig. 4a), which works pretty well with mild steels and some high-strength steels. However, its applicability to advanced high strength steels is questionable. Plus, determining the FLC requires a significant amount of experimental work—at least 15 experiments with DIC.

It is possible to predict some cracks using FLC, but not all—especially during stretch bending or when shear fracture or edge cracks are present. The triaxial failure curve (Fig. 4b) can predict all failure modes other than edge cracks.

Several commercially available simulation-software programs include new methodologies to predict edge cracks. They typically require data from a hole-expansion test or a diabolo test. And, the edge quality of the experimental specimens must match that used in production—as the cutting edge of the tool wears, edge condition can change significantly. MF 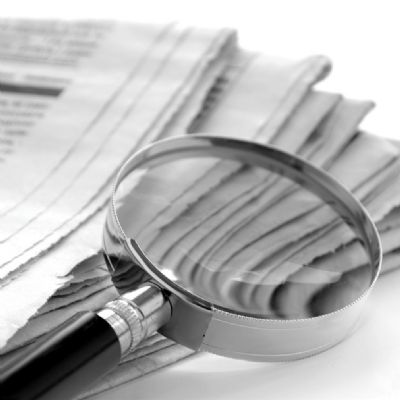 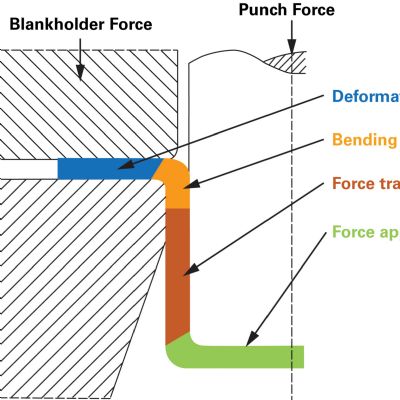