When MetalForming last met Bob Prater, vice president and toolroom manager for Omni Manufacturing, we were touring the 200,000-sq.-ft. St. Marys, OH, tool builder, stamper and provider of welding, and powder and nylon coating services. In producing parts primarily for automotive as well as appliance and agricultural customers, Omni Manufacturing had recently outfitted two of its 40-plus mechanical stamping presses with new controls, which MetalForming profiled in its November 2019 issue. What impressed us on the tour, and why we’re speaking with Prater again, is the company’s extensive and innovative use of in-die and inline sensing—one reason for the controls upgrade was to more easily integrate these sensing capabilities. 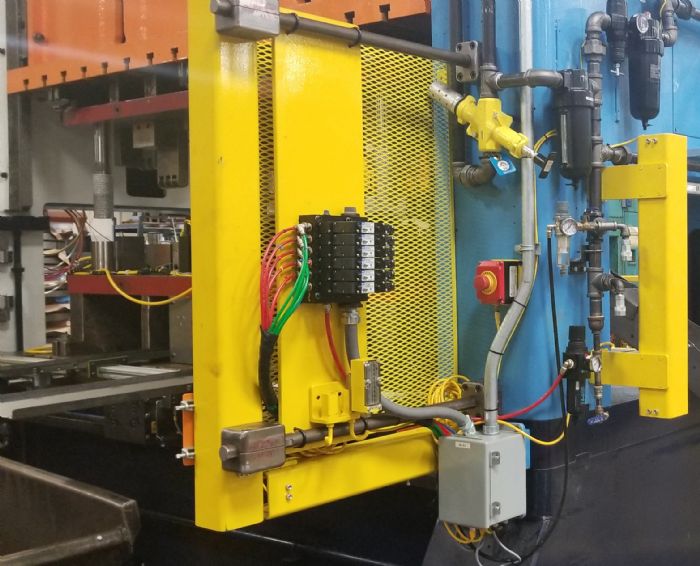 Progressive, transfer and hand-transfer dies at Omni Manufacturing form parts from stainless, high-strength low-alloy, and advanced high-strength steels, along with aluminum alloys, in thicknesses from 0.012 to 0.5 in. On employing sensing technology to successfully work these materials, Prater shares his wisdom, gained from 30-plus years of sensor implementation at the company.

Nothing Beats Experience and Testing

Spearheading the sensor effort at Omni Manufacturing is Craig Rupert, systems coordinator, who maintains sensor-test apparatus that helps ensure success once the sensors hit the shop floor in production machinery and tooling. Such abilities prove essential in maintaining a well-functioning sensor program, according to Prater.

“Having that capability inhouse, and employees that know the technology and provide programming expertise—that is good,” he says. “I don't know how a metal former could incorporate sensors effectively if it has to rely completely on outside expertise. We may build a die and run it the first time, and then decide that we need to add a couple of sensors here or there, or determine that a sensor isn't accomplishing what is needed so we need to change it out for a different type. We have the inhouse expertise that can add or tweak the sensing, and make it work.”

“The test bench contains different sensor and camera setups that allow us to test applications there instead of building a full setup and trying it out on production equipment,” says Prater. “We even take that test equipment to the toolroom, and placed sensors in an open die to perform testing there before we take it to the press. And, after a few years of this, we usually can look at something and know right away if it will work.”

As mentioned, more than three decades ago Omni Manufacturing began employing sensors in press operations, starting with short-feed and part-out sensors—simple applications due to the simple press-control packages the company employed at the time, according to Prater. Today, Omni Manufacturing not only checks for short-feed and part-out conditions, but also employs sensors to ensure correct positioning of parts, return of trim and form cams, and correct transfer position in transfer-tool applications. Newer press controls assist greatly in incorporating sensors into the company’s die/press-monitoring package, according to Prater.

“Back then, the press controls had relays, not PLCs,” he recalls. “As press packages advanced, PLCs enabled us to do more, and now make programming and sensor incorporation much easier.”

Installation of state-of-the-art controls has allowed Omni Manufacturing to accomplish its sensoring crowning achievement: the transfer and trimming of automotive-suspension parts, a process that employs nearly 50 sensors, in a 300-ton mechanical press.

“When we started down the road with in-die sensing, our very first application was installation of a short-feed sensor,” says Prater. “Typically, short-feed sensors will detect about 75 percent of problems, as incorrect material feed causes so many. When installing a short-feed sensor, many metal formers opt to cut a notch right at the front of the material ribbon, and place a sensor there to detect proper feed. That’s fine, although I’m not a big fan of this approach. I prefer to place the short-feed sensor at the very end, which indicates that the whole ribbon fed all the way through, not just to the first station. If something bunches up in the middle of the die, it won’t progress through all of the stations. Placing a sensor at the end of the die offers a better chance of catching a short feed.”

From there, sensing at Omni Manufacturing moved on to detecting parts exiting the die.

“The two most important sensors to place in a progressive die, in my opinion, are those that detect correct feed and detect that the part exited,” Prater says.

A huge proponent of the KISS (Keep It Simple, Stupid) principle when sensing, Prater advises to “keep everything as simple as you possibly can. We've done that here over the years. There's been some fancy sensors out there that people swear up and down by, and we’ve found mixed results with them.”

Employing multiple sensor types from multiple companies—listing Balluff, Banner and Turck as the companies supplying the most product at Omni Manufacturing—Prater identifies inductive proximity sensors as the most common, with through-beam sensors also employed in areas where they can be shielded from dirt and lubricant mist.

“We had problems with a laser sensor shooting down from the top of the die,” he recalls, attributing challenges resulting from oil fogging the laser path. “At FABTECH one year, I talked to a sensor vendor about what we were trying to accomplish on that die. He told me that he didn’t have a sensor to do what I wanted, but instead had a solution to the problem: an inexpensive product typically used in weld systems that creates a vortex of air to keep the laser path clear. It worked.”

Using that example, Prater recommends talking to experts at shows and conferences, who may offer unique and helpful advice.

Tame the Torque and Simplify Connections

For inductive proximity sensors using nuts and threads for install, Prater offers some advice based on experiences at Omni Manufacturing, noting that sometimes their install results in over-torquing the nut, which damages the sensor.

“Instead, if installing a 12-mm sensor, for example, we would drill a 12-mm hole and clamp the sensor in place rather than use the nuts for tightening,” he explains. “Depending on the sensor, changeout may cost $40-$50 per sensor plus downtime. That’s a couple hundred bucks just because someone applied excessive torque.

“Also,” he continues, “an installer may employ set screws tightened against the sensor barrel to hold it in place. Excess tightening causes damage as well. Clamping fixes that problem.”

Adhering to the KISS principle, to ease die changeover Omni Manufacturing routes all progressive-die sensors to a single junction box, with a cable running back to the press controls. The cable plugs in and all die-protection parameters are recognized—a plug-and-play setup. At any press, the control will recognize the sensing for a particular die. The newer press controls, notes Prater, make this capability much easier to implement.

In offering this sensoring advice, “anything we can do to help those in our industry, especially during the current crisis, we need to do,” concludes Prater. MF 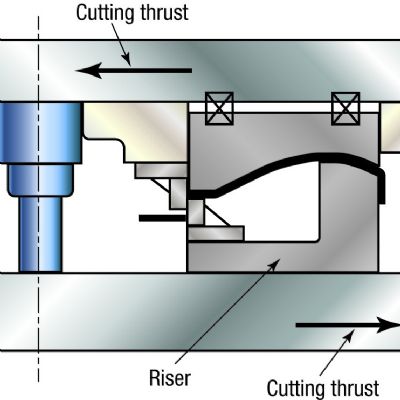 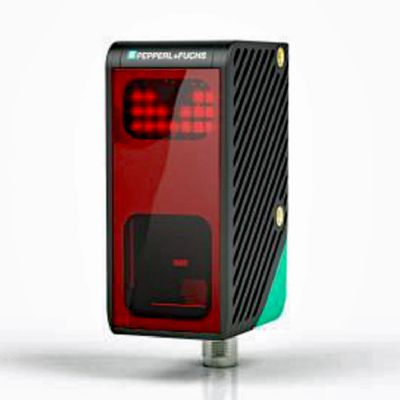