Data holds the key that allows one to assign a definable, numerical value to an item, process, event and even life itself. We assign, assess and live by data. Two rules should become mandatory guidelines for any discussion about any subject in your life:

• Any opinion without data is simply a guess.

• Any solution without data is simply a guess.

With every step along the life cycle of a stamped metal part, from the initial sketch to the in-service performance of the final part, decisions must be guided by data. Historically, obtaining accurate data usually was reserved as a last-chance attempt to solve a problem. Instead, many nondata paths were first attempted, often beginning with this or some similar statement:

“Thirty years ago I had a challenging part similar to this one, and we had to design a more generous radius at this location.” 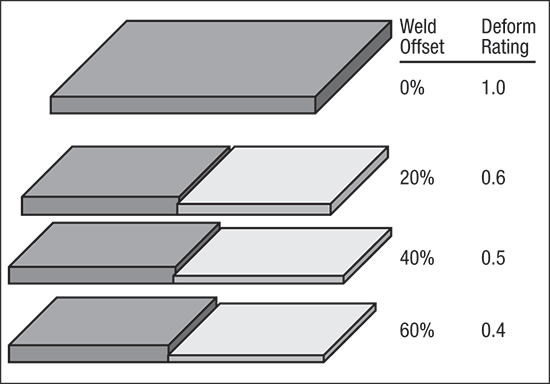 Researchers have identified 40, 50 or more inputs to the forming system that interact with each other to generate the final stamping. Thirty years ago, how many inputs of that stamping were identified and measured numerically to obtain any data applicable to today’s problem stamping? Maybe three or four, or perhaps none. Even if the inputs were measured, the presses, dies, metals and lubricants are completely different today than 30 years ago. Most of those ancient trial-and-error problem/solutions have no relationship with today’s more complex stampings.

Nowadays, troubleshooting any pressroom challenge should follow a three-step process, based on data.

Step 1: Numerically define the problem. Having a numerical definition of the problem represents half of the solution. The numerical definition defines the starting or reference point for the problem/solution—no-good, improve, fix, get better steel or #*%!$ are not numerical and merely impede the process. In contrast, proving that the strain level exceeds the forming-limit curve and breakage is expected provides a significant reference base, alerting the pressroom supervisor. He now knows to reduce the deformation at this level.

Step 2: Numerically define the end goal. Again, fix, improve, get better steel, etc. are end goals that one can never reach. Instead, strain values in the safe portion of the forming-limit curve are required, and usually attainable, end goals.

Step 3: Numerically tracking the process from the numerical starting goal toward the end goal. Are you headed directly and efficiently toward your numerical end goal, or are you heading in the wrong direction? Or, are you in a time-wasting circle? The tracking process keeps you on the most efficient path.

Obtaining data by itself rarely solves a problem. Data must be converted into information used to solve the problem. In step 3 above, the data simply confirms if you are heading in the right or wrong direction. Discovering possible corrections to move in the right direction requires gathering information about the behavior of the stamping and forming process. The alternative: making many blind trial-and-error attempts, without success.

The concept of turning data into information escapes many companies—either by intent or by lack of capable personnel. Every Monday afternoon, a press-shop quality manager posts statistical-process-control charts from the previous week on the office wall. When asked if the charts were calculated and posted day by day in the press shop during the previous week and then transferred to the office hall, he answers: “Oh no. I compute and plot them every Monday morning and post them that afternoon.” Obviously the charts contain lots of useful data, yet it is not being converted into information and transmitted to press-shop personnel each day. When asked why he makes and posts the charts, the manager says that customers like to see them—a wasted opportunity.

One primary source of data is experimentation—conducted within press shops and in research laboratories and universities. Some experiments produce equations that predict how a steel grade (or other metal alloy) will workharden. Many lower-strength mild steels follow a power law equation, such as:

However, for the new advanced high-strength steels, the n-value changes as the steel deforms, and instantaneous n-values are required to describe deformation behavior.

In the press shop, new dies undergo a series of tryout hits. Some press shops use as-received steel that produces little data. Other shops circle-grid the blanks to obtain additional information for the three-step analysis described above. Even these trials can produce incorrect data.

The usual procedure is to work a die, put a blank in the die and make a hit. The formed stamping then is examined, with or without circle grids. Even here, an experimental error is present. The die is at room temperature, or cold. In production, the dies and the stampings heat up from the deformation energy. Friction and lubrication changes due to heat can play a major role in how the stamping forms. Also, the increased temperature can change die dimensions, clearances and other geometrical relationships.

Unfortunately, even university research can generate incorrect data, when researchers fail to understand a process. Assume a study is conducted to measure the maximum amount of stretch deformation that could be tolerated by butt welding two sheets of different thicknesses. The test sequence (shown in the accompanying illustration) produces data showing that welding two sheets of different thicknesses severely reduces the amount of stretch deformation at failure. This is a false conclusion based on the data. The offset welded pieces were compared to the original uncut and unwelded sheet. After cutting and rewelding the original sheet without any thickness offset, the greatest reduction in stretch (0.7) was observed. The weld was the major culprit, not the thickness offset. MF
Industry-Related Terms: Blank, Butt, Circle, Die, Forming, Point, Thickness
View Glossary of Metalforming Terms