This article, the second of a series on metal spinning processes and their tools, discusses key process parameters for successful spinning. Last month’s column covered basic spinning technology and equipment.

Assessing spinnability—the ability of sheet metal to undergo deformation by spinning without wrinkling or fracturing—requires the evaluation of the workpiece, tooling and process.

With aluminum, there can be significant differences in mechanical behavior between different alloys and tempers. For example, AA1100-H14 can have a total elongation approaching 60 percent, making it the most formable of the aluminum alloys. Although AA3003-H14 has the same temper designation (H14), it is less formable, with approximately 30-percent total elongation.

The ratio of blank diameter (Do) to mandrel diameter (d), known as the spinning ratio or spinning coefficient (m), is expressed as m=d/Do.

Obtaining uniform wall thickness during spinning generally requires a high feed ratio—the roller-feed rate relative to the spindle speed, expressed as mm/revolution or in./revolution—and the number and the direction of each roller pass. When the roller moves forward, the material thins slightly; when it moves backward, it displaces metal in the opposite direction to help maintain consistent wall thickness. Conversely, high feed ratios also can produce buckling, wrinkling, rough surface finish and dimensional variation.

Superior surface finish and improved dimensional stability, while attainable with relatively low feed ratios, comes at the expense of wall thinning and cycle time. When feed ratios are too low, excessive thinning can lead to fracturing.

Another impactful factor: corner radii. This can affect spinning accuracy and wall thickness along the length of the part. Product designs should avoid sharp corners when possible and a formed radius should not be less than two to three times the blank thickness. Radii as small as one material thickness may be possible with thick blanks.

The part drawing should specify an inside-diameter tolerance whenever possible. Depending on the process parameters selected to produce the spun part, including feed ratio and roller nose radius, the thickness of the side wall and the bottom of the spun part can vary as much as 25 percent. If the expected thinning range of the material is accounted for on the part drawing, then the outside diameter may be specified instead.

Key tooling parameters include roller diameter and nose radius, mandrel diameter and blank support. Other important factors in tooling selection include production volume, the size of the part and the type of material being deformed. Whether made by the spinning-machine manufacturer or inhouse by the spinner, rollers come in different diameters and radii, both of which can significantly influence material thinning and surface finish. The often-cited work of professor Masujiro Hayama (Yokohama National University), shows that low mandrel speed, small roller diameter and low-viscosity lubricants produce the best surface finish. Hayama proposed the following formula to determine roller diameter:

Roller diameter should be less than the diameter of the spun component. Therefore, a large ± range in the formula ensures that the selected roller diameter is less than the component diameter. Large roller nose radii will produce more uniform thickness distribution and low surface roughness.

Mandrels are made from a range of materials such as cast iron, mild steel, tool steel, aluminum or magnesium. Larger parts produced from light-gauge, formable materials can be made with aluminum, wood or, potentially, plastic. Larger parts produced from more difficult materials can be constructed via tubing and steel or custom casting. Mandrels also function as supporting and rotating members in the metal spinning setup, meaning that they must be statically balanced. High speed calls for the dynamic balancing of large mandrels. In these cases, cored casting of steel or iron is preferred, in order to reduce the weight of the mandrel.

A blank-support attachment may be required in the early stages of spinning when high feed rates or thin materials are used. The blank, positioned between the support and the work roller to help control buckling and wrinkling, is similar to a blankholder in deep drawing.

Roller feed rate—the distance the roller travels into or along the workpiece with respect to time and measured in mm/sec. or mm/min.—affects formability and forming quality. A high feed rate causes the workpiece to conform more closely to the mandrel at the expense of surface finish. Too high of a feed rate causes buckling or wrinkling to occur. Reducing the feed rate improves surface finish, but at the expense of cycle time, thickness uniformity and dimensional accuracy.

Typically performed at room temperature, spinning processes may require heating above room temperature, especially when it comes to thick parts. At elevated temperatures the flow stress—the stress level required to cause or continue yielding—drops, making the blank easier to form. Increased formability proves useful when spinning machine capacity is insufficient to cold form the component or the alloy ductility is too low at room temperature.

Lubricants, normally required during spinning, provide lubricity and cooling. Restricting the amount and location of the lubricant contributes to part quality and extended tool life. For example, an increase in blank temperature occurs during forming, reducing the flow stress in the blank. If wall-thickness control is important, this lessens part quality. On the other hand, an increase in ductility at elevated temperatures may be desirable when spinning materials with low ductility. In either case, lubricant decisions play a key role in achieving desired results.

Next month: advancements in metal spinning technology and tooling. MF 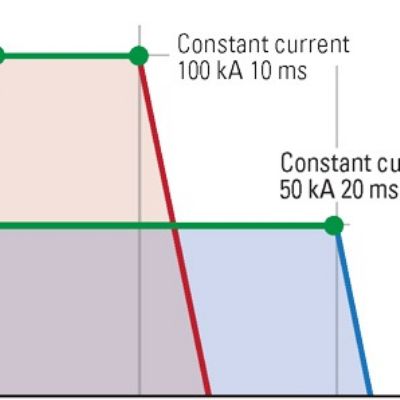 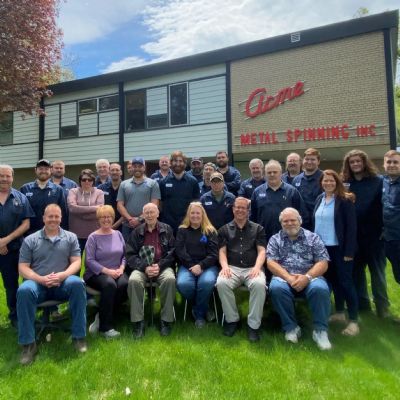