When the parts are big and the steel tough, hydraulic presses often get the nod. While the ability to hold pressure through the stroke may sacrifice some speed, part quality and repeatability are undeniable.

Taylor Press Products, Jarrell, TX, a Tier One and Two supplier to the automotive and truck industries, classifies itself as a short- to medium-run operation, from 500 to 30,000 parts per run. That volume, in addition to the need to form heavy-gauge high-strength steel, makes hydraulic presses key ingredients in the company’s success, according to Hugh Taylor, vice president and director of operations.

“We have more than 500 different part numbers and most of the products we make are chassis-frame components,” Taylor explains. “As a result, we tend to specialize in heavy-gauge high-strength steel to ½ in. thick, though we can work with any material.”

The third-generation family business, formed in 1945 in Toledo, OH, cut its teeth as a government—chiefly military—and automotive supplier before gravitating to heavy-truck supply about 30 years ago. In 2006, needing to locate closer to its customers, the company moved to Texas from Toledo. Today, its 70,000-sq.-ft. one-shift manufacturing operation counts 35 employees responsible for running 25 mechanical and hydraulic presses in capacities to 1000 tons. Essentially a one-stop shop, Taylor Press Products, in addition to a full-service toolroom, boasts fabrication, assembly and painting capabilities.

“We perform a lot of value-added work,” says Taylor. “We can produce large weldments, which might require welding and bolting items together, and that is where we can cost-effectively serve this market. We can bring everything into our facility, stamp it, weld it, assemble it, paint it and ship it.”

Finding that its orders, often for heavy parts or weldments topping out at 50 lb., demanded more press tonnage and with its largest press maxing out at 600 tons, early in 2007 Taylor Press Products shopped around, looking at mechanical and hydraulic models.

“The press, installed in the summer of 2007, was more cost-effective for a few reasons, one being that we didn’t need a pit, and Beckwood was able to supply us with a custom bed size,” Taylor recalls. “We may be using a progressive die on that press that is only 3 by 3 ft., so we didn’t need a 160-in.-long bed, standard on some 1000-ton presses. We were able to select an 80 by 50-in. bed, perfect for the dies that would run in that press.”

“I wanted to get the latest press-control technology, with part-storage capability and more, in an online PLC setup,” says Taylor, further explaining that energy usage, given the high power rates in the region, was another major factor in press selection.

“I was very concerned about energy efficiency,” he says. “We went with a low-frequency drive motor (150 hp variable-frequency) on this press to cut our energy costs, as constantly turning a traditional motor can be very expensive. The low-frequency drive costs more up front but there is a payback down the road.”

“We perform short to medium runs, and though press speeds are als important because they determine piece price, we have to deal with high-strength steel (80,000 ksi min. yield) typically 3⁄8 in. thick, so we are paying for the material, not for the press going up and down,” Taylor explains.

That said, speed is not sacrificed, as the 1000-ton hydraulic press runs at 600 strokes/hr. given a 6-in. shut height.

“The biggest concern,” he says, “is making sure we can get the parts and scrap out of the press. By that time the material is fed and ready to go and we are making our next hit.”

Nourishing the hungry press is a servo feed from Dallas Industries, Troy, MI, capable of feeding 3⁄8-in.-thick high-strength steel at Taylor Press Products in coil widths to 12 in.—24 in. when feeding mild steel.

The robust press line has proven its mettle on a variety of jobs, with Taylor recalling one particular part that brought teeth-jarring snapthrough on previous lines.

“We were running 3⁄8 in. high-strength steel to produce a battery box for a Class A heavy truck, and the snapthrough on our other press was just horrible,” he says. “But Beckwood was able to design a system on the 1000-ton press to control that snapthrough and reduce noise as well as wear on the tooling and press.”

“Off-center loading was present within many of Taylor’s dies,” recalls Darrell Harrelson, lead application and sales engineer at Beckwood. “Additionally, many of its smaller dies could be improperly located within the large press bed to create additional off-center-loading problems.”

Beckwood recommended its four-corner active-leveling control system to counteract these effects. In addition to maintaining parallelism, the controller can sense the acceleration of the breakthrough shock, and adjust the proportional valves to ‘catch’ the ram, greatly reducing the effects of the breakthrough in challenging applications such as Taylor’s, according to Beckwood officials.

The control system utilizes a servo proportional valve and high-resolution linear transducers on each of the four main cylinders. A 32-bit motion controller, with less than 1 msec control-loop time, monitors the four corners of the press independently, and uses the proportional hydraulic valves to maintain bed-to-ram parallelism throughout the pressing portion of the cycle.

“Maintaining the parallelism protects the tooling and helps ensure consistent part quality on every hit,” Harrelson says, noting that maintaining parallelism through the downstroke and adjusting for breakthrough shock are just two of the control’s features. It also can benefit dies with nitrogen springs by utilizing programmable distance on the upstroke. Reportedly, this feature smoothly decompresses unbalanced nitrogen during the upstroke, maintaining bed-to-ram parallelism. Once the tooling is clear of the nitrogen, it can be placed safely into a traditional fast-retract mode. MF 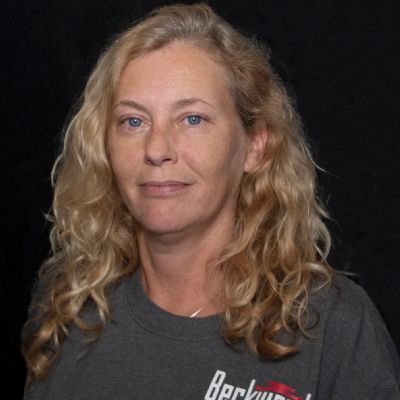 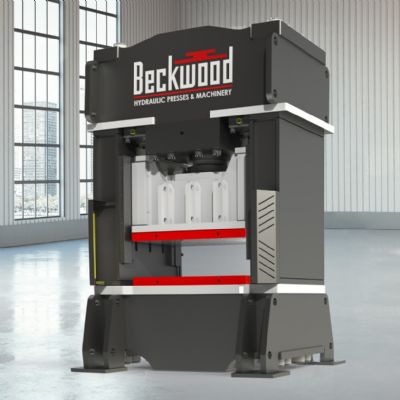 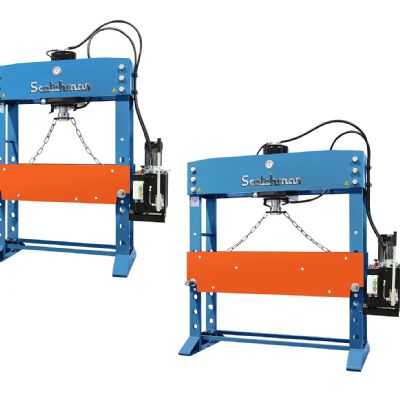