A beehive of activity, the pressroom generates part upon part, day after day, to serve the needs of customers worldwide. A pressroom also generates data—and lots of it. As we’ve all seen, technology has progressed to capture this data and provide insight and analysis to raise productivity and part quality, and ensure machine, tool and operator health. How can data best work for your pressroom operations and your specific needs? 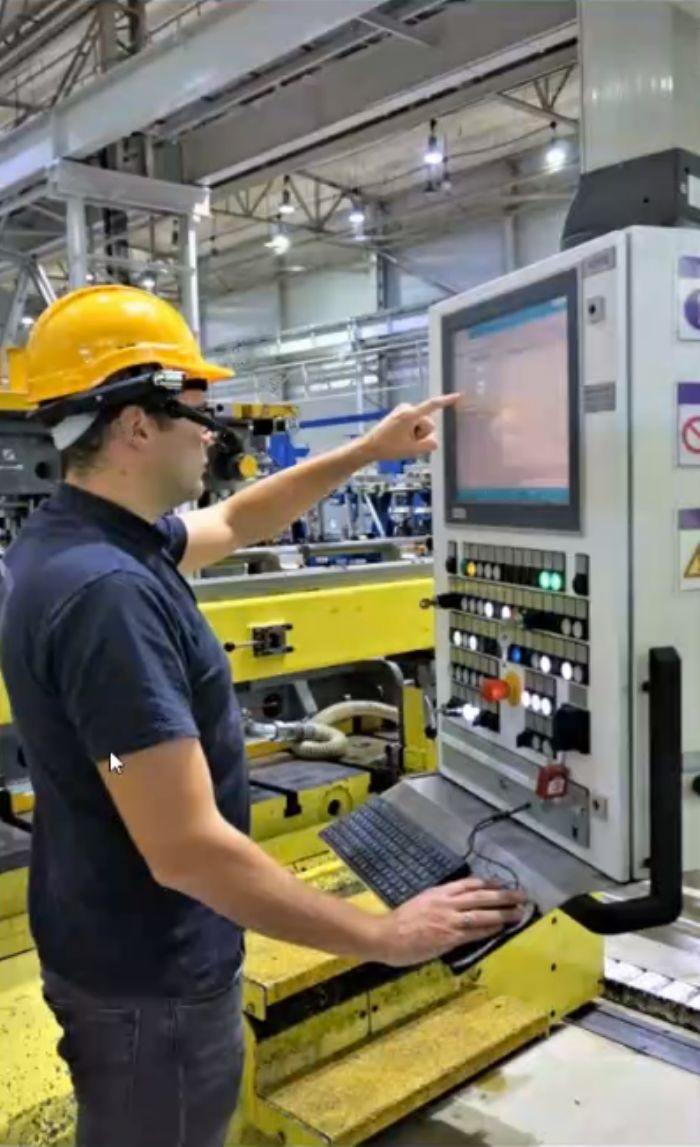 The key to succeeding in a sea of data that quickly can drown decision makers: Ask what you want to accomplish with your presses, and then adopt the data solutions that drive those goals. Digital transformation doesn’t necessarily require a fully networked press shop, and it doesn’t mean that the entire system must be replaced. Digital solutions retrofitted onto existing press lines can be just as effective, enabling sensible evolution instead of cost-intensive revolution.

Such is the approach forwarded by Michael Werbs, director of edge solutions for Schuler GmbH. Werbs recently spoke at Blechexpo in Europe, and he shares with us the details of his presentation, Digitalization is Useless Without Use Cases—a perfect summary of the need for metal formers to let desired outcomes drive Industry 4.0 decisions.

“Digitalization typically is viewed from two sides,” Werbs says. “The providers of digitalization technology have so many products to offer, and the manufacturers—the users of this technology—are not sure of what technology applies to their needs, and might ask, ‘What do you have?’ It’s a chicken-or-the-egg question.”

That is, are metal formers, in our case, driving digitalization, or are the technology providers? Werbs believes that metal formers should decide what exactly they want to achieve in the pressroom, and then search out digitalization solutions. Many times, these approaches revolve around overall equipment effectiveness (OEE). A metal former should ask, “How do I want to improve?” “How can I reduce unplanned downtime?” “What are the reasons for downtime?” “How can I improve parts/hr. rates?” “Why is one shift, or one die set, producing more than another?”

“Thereby, a metal former will define the use case and what is needed as far as a digitalization investment,” offers Werbs.
Drilling down, Werbs explores a metal former seeking to reduce unplanned downtime, and how that can lead to effective digital solutions. 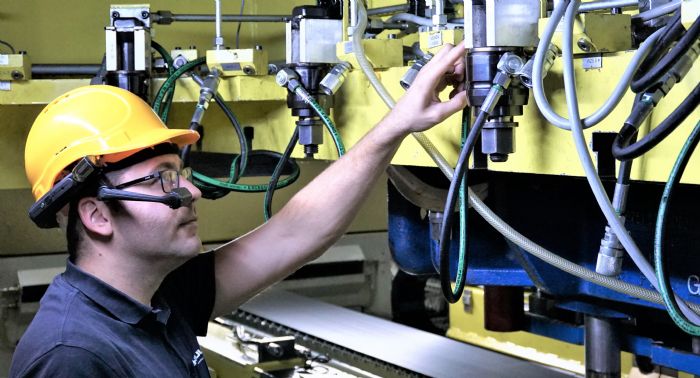 “Production monitors are ideal for downtime avoidance,” he says, noting that such technology that can be retrofitted into existing operations. “Data taken from the press will show how fast the press is running, production rates, uptime and downtime. It will provide reasons for the downtime. Was it due to the press being in failure mode, or was it on pause or was it production-ready and no one started it? Production monitoring does all of that.”

Production monitoring gathers sensor input that allows users to analyze and react proactively instead of waiting for failure, such as with cooling or lubrication systems. As presses age, data from production monitoring enables metal formers to act before costly and downtime-eating calamities such as bearing failures on main drives occur.

A lack of experience in maintenance personnel may call for a digital solution as well. Machine providers have responded, with remote audio and video connecting plant maintenance associates and machine service technicians.

An Eye on the Die

Pressroom digitalization reaches beyond production monitoring to provide for added die protection. All manner of sensors in the press bed and dies allow real-time assessment and provide data for analysis. Now, metal formers have eyes within the press bed to watch the forming process and see exactly how material, the ram and tooling interact. For example, Schuler’s Visual Die Protection (VDP), part of the company’s Digital Suite forming-technology networking solution, detects foreign objects or other sources of danger in real time and stops the press before damage occurs, and drills down to determine why such faults occur. This again shows the power of a digitalized pressroom. 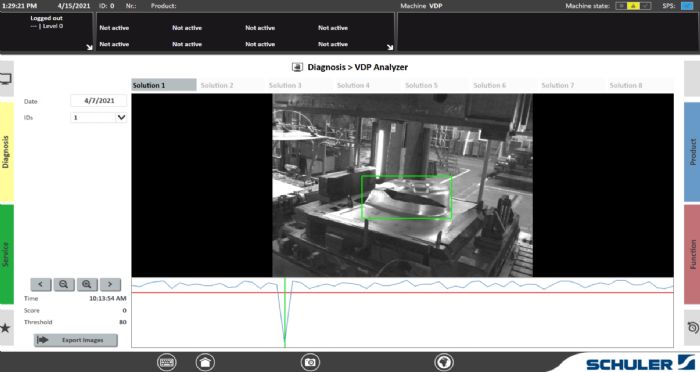 "In the visualization, deflections in the time curve can be used to quickly gain an overview of exactly when deviations from the normal state have occurred,” says Rohitashwa Pant, Schuler chief digital officer. "The user can call up the images associated with these points in time in a targeted manner and recognize, for example, that parts are lying on a centering pin and are not threaded, or that punching scrap keeps piling up in a particular scrap chute."

Appropriate changes then can be made to avoid future production interruptions, increasing process stability and, ultimately, output. The system also allows the export of the time series and image data for documentation and later comparison.
While vision systems have been employed in such settings, the ability for automatic recall and analysis via software, such as with VDP, provides a new layer of capability.

"With conventional cameras, press operators can monitor the die area,” says Werbs, “but then must laboriously evaluate the videos themselves afterward. Automatic analysis takes this work off of operators’ shoulders.”

We’ve touched on only a few pressroom digital difference makers, but these examples show how the future of pressroom productivity already is here. They key takeaway in pursuing digitalization responsibly and cost effectively, without getting lost in a web of Industry 4.0 confusion: Determine your pressroom wants and needs and seek out specific solutions. Industry suppliers have various tools to help metal formers explore and select Industry 4.0 tools. MF 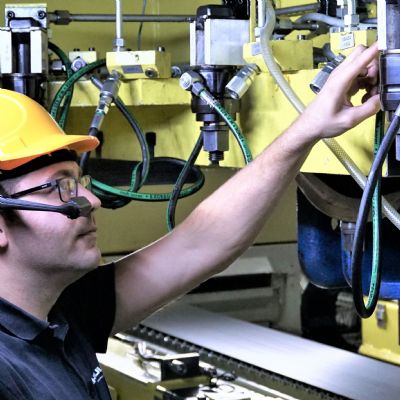 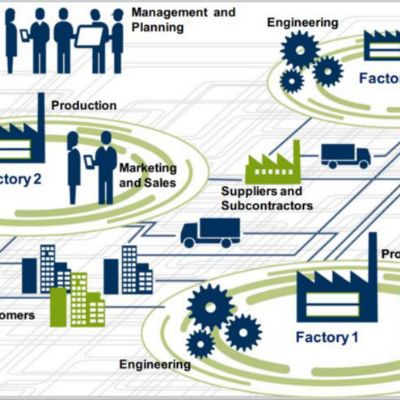 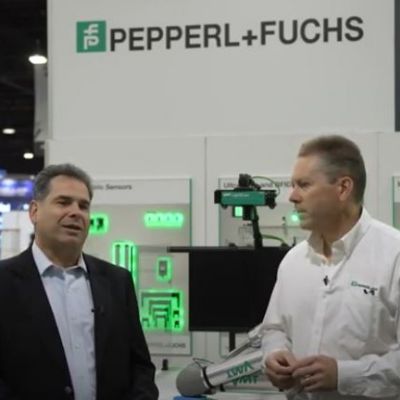