What Will Revised ANSI Standards Mean to You?

The ANSI B11.1 standards revision, to be published in 2008, brings significant changes to the mechanical-power-press standards in previous versions as well as major additions not covered in past standards. The drivers of these changes are:

The primary safeguarding emphasis of previous standards was directed toward point-of-operation injuries, although some other areas were covered. Previous standards tended to be very prescriptive, i.e., the writing committee generally identified specific hazards and gave a variety of methods in the design and construction and safeguarding sections to reduce the hazards.

Today, so many possible variations of press systems exist that the earlier approach of standards committees to identify and address solutions for all hazards no longer is practical. The proposed ANSI B11.1-2008 standards will provide increased prescriptive elements, but also will integrate requirements for risk assessment and risk reduction throughout the standards. It will require press users to identify and abate unique risks created by the many possible permutations and combinations of press-production machinery and auxiliary equipment.

For example, where previous standards for part-revolution presses addressed a “red color stop control” (emergency stop) for each operator station, the presumptive new standard calls for stop functions where “specified in other clauses of the standard” and “additional stop functions…based on risk assessment of a specific press-production system.”

In the past, ANSI standards gave little consideration to International Electrotechnical Commission (IEC) standards applying across European countries, and to International Standards Organization (ISO) standards, instead focusing on continued independent development of U.S. standards. A push for harmonization of U.S. standards with IEC and ISO standards began within the past two decades, led primarily by automotive and other multinational manufacturers and industrial-equipment suppliers.

The obvious benefit to companies and suppliers with multinational locations and sales areas: one common set of standards to comply with throughout their plants regardless of geographic location, and equipment constructed and safeguarded to similar standards at all locations. Regulatory harmony is a cost saver.

But obstacles remain to complete harmonization. These include:

While U.S. standards harmonize with some of the electrical, construction and safeguarding standards requirements for industrial machinery with IEC and Canadian standards, we are many years a—if ever—from complete harmonization.

Perhaps the greatest harmony between IEC and U.S. standards exists between NFPA 79 Electrical Standard for Industrial Machinery and IEC 60204, a similar European standard. NFPA 79 has many electrical standards applying generically to industrial machinery that are not contained in the B11.1 mechanical-power-press standards. In past years, some standards in NFPA 79 and B11.1 overlapped and conflicted due to NFPA harmonization with IEC 60204.

The presumptive B11.1-2008 standards will remove conflicts with NFPA 79 and, therefore, some conflicts with IEC standards, by harmonizing with overlapping NFPA 79 requirements. Examples include:

The introduction of direct-drive servo presses until now has represented a category of equipment that existing standards did not address. All previous versions of B11.1 have covered only full-revolution and part-revolution-clutch mechanical-power presses.

The presumptive B11.1-2008 standards now have design and construction requirements that address the new drive system and unique modes of operation possible with servo-motor-driven mechanical presses.

Where previous B11.1 standards have addressed guards and devices for safeguarding each individual press point-of-operation, this often is not possible for automatic press systems using single or multiple presses, robots, feeding or transfer equipment, moving bolsters, and automatic part- and scrap-removal equipment. For years, coil-fed presses, tandem presses with blank and part transfer, and transfer presses have used perimeter guarding to protect individuals from multiple points of operation and coil- and blank-feeding equipment. The presumptive B11.1-2008 standards include requirements for perimeter and area safeguarding of multiple press-system hazards.

Stop-function categories in agreement with NFPA 79 and IEC 60204 are brought into the standards:

The addition of direct-drive presses, which have no clutches but are directly driven and stopped by servo motors, caused the committee to change the designation of “clutch/brake control system” to “cycle control system,” which describes the portion of the control that manages the cycling of the press slide.

Previous standards allowed momentary red-color stop controls at each operator station to immediately stop press cycling, and only required the use of the actuating means to re-actuate cycling. The presumptive standard calls for emergency-stop actuators that must be pulled or twisted to reset after they are pushed, and the use of the actuating means.

Servo presses can operate in all of the same modes as part-revolution mechanical presses—single cycle, continuous, etc.—but a cycle can be programmed to be much more complex for the servo press. Regions of multiple speeds and directions can be programmed for a cycle with multiple hits and dwells on material as well as simulated link drive for forming and dwells for coining.

Requirements for two additional modes unique to direct-drive servo presses also are provided in the presumptive B11.1-2008 standards.

Design and construction standards for slide locks, an alternative to safety blocks, are included in presumptive ANSI B11.1-2008. A requirement for inspection of slide locks also is included in the maintenance section.

The automotive industry has encouraged the use of slide locks instead of safety blocks and has developed design and use criteria that it presented to OSHA. OSHA now has issued an OSHA Instruction, Directive Number CPL 02-01-043, which now is in effect. This directive recognizes slide locks as a slide-support means for lockout, giving enforcement policy, inspection procedures and performance criteria.

Design and construction standards for moving-bolster motion-control circuits are provided in the presumptive B11.1-2008 standards.

For automatic bolster movement: circuits for safeguarding and interlocks shall be provided; any safety stop shall immediately stop hazardous motion in the protected area; and reset of the safety system and manual re-initiation of the bolster movement by the operator is required after a safety stop.

For manually controlled bolsters: movement shall require continuous actuation of the operator control; and either the control shall be located to provide visibility of associated hazards or safeguarding shall be provided.

Design and construction standards for scrap chutes try to reduce falling and crushing hazards by requiring that:

A section is added in the safeguarding clause on hazards associated with press systems other than press point-of-operation hazards. These include:

Perimeter and area safeguarding requirements are included in the B11.1 standards for the first time to address safeguarding of areas containing multiple point-of-operation or other press-system hazards that are not individually guarded.

The new standards require either additional guarding to be used with perimeter guarding where individuals can pass into the safeguarded area, or manual reset of the perimeter-guarding system before hazardous motion can occur. The action of closing a guard or clearing the sensing field of a presence-sensing device shall not reset the perimeter guarding. The manual reset device must be located outside of the area, and if the entire safeguarded area is not visible from the reset location, the standard requires a method of detecting or warning personnel in non-observable locations.

OSHA 29 CFR 1910.217 regulations for mechanical-power presses are law while ANSI B11.1 standards are voluntary, but OSHA is considering adopting something similar to the presumptive new ANSI B11.1-2008 standards. There may be some differences in the assignment of responsibility because, by law, OSHA addresses employers and ANSI has responsibilities related to suppliers, integrators and others.

Unless or until OSHA adopts standards similar to the presumptive new B11.1-2008 regulations, users will not be bound by law to upgrade press systems to incorporate the added and revised requirements, and there will be no forced costs related to new standards requirements, although some companies will voluntarily comply with ANSI B11.1.

Potential costs to industry from revised OSHA standards or voluntary compliance with the presumptive ANSI B11.1-2008 standards arise from:

While no extreme changes in the design and construction clauses that OSHA may adopt are expected, most existing presses may require some updating to meet the new requirements, such as:

The hazard-analysis requirements incorporating risk assessment/risk reduction and new emphasis with additional targeted standards to safeguard hazards associated with feeding automation and automatic-die-change equipment such as powered die carts or rolling bolsters and other components of the press system may present some companies, previously concerned primarily with press point-of-operation safeguarding, with significant costs for safeguarding all press-system hazards. Many larger automotive and international companies already have safeguarded in accordance with the new standards and will incur little cost. MF 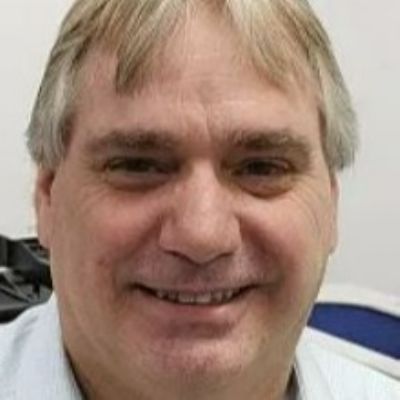