Managing a stamping department has become more difficult than ever. As auto production has plummeted, we (automotive-parts supplier F&P America) have been faced with significant profitability pressures that have forced us to increase efforts to reduce waste. While past practices were sound and enabled us to find and solve many issues, we’ve elevated our efforts to take waste reduction to the next level. That has meant identifying and solving even the smallest of issues.

Our solution was to brainstorm and develop an internal OEE (overall equipment effectiveness) tracking system that allowed us to identify the key components of OEE: performance rate (PR), quality rate (QR) and operating rate (OR). The key goals of the tracking system were:

To ensure that the new OEE tracking system would be used and prove effective, a team of associates, team leaders and supervisors worked together to guide its creation. The system was launched early in 2009.

A critical goal for the tracking system was to create simple and effective visual outputs. As a result, the team developed a new, more meaningful method of displaying OEE (Fig. 1).

We achieved the chart by combining, as a ratio, the inverse of OR, PR and QR with OEE to form a stacked bar that visually represents 100-percent efficiency.

The chart allows a very simple trend analysis of PR, OR, QR and OEE over days, weeks or months. Its simplicity makes it easy for all associates to understand. Other benefits with the system include standardized and consistent detailed downtime codes, a variety of graphs to support trend analysis, and pareto charts to show critical downtime items.

The stamping department had experience with OEE and so associates quickly learned to use each component. Initial PR calculations identified lost time in excess of 20 percent, larger than expected, and press operators were asked to identify the reasons for so much lost time. We developed and implemented OEE training programs for the operators, and they were tasked with recording all downtime and with reducing lost time. Asking the operators to identify the reasons for lost time, we found, increased their awareness of and their contribution to avoiding lost time. These initial efforts resulted in a modest reduction in lost time.

To make more of an impact, we decided to outfit the presses to allow us to electronically log press operations and to track stoppages. Operators then could use this information to identify all downtime. We wired a stopwatch-type device into the PLC of the presses that would run any time that a press stopped. These stoppages were displayed for each operator to see and use when entering downtime into the OEE system at each press. The result was a lost-time reduction of 2 to 3 percent, and improved downtime-logging accuracy.

As we sliced the data by press, part, shift, downtime code and other variables, we identified many previously unrecognized issues. For example, at a 160-ton press, parts would intermittently fall off of and jam the conveyor, causing unplanned downtime. Being intermittent, it wasn’t deemed a severe problem, but when downtime was measured over a month of production, it actually made the top-10 list of downtime causes for the plant.

One key output graph we designed was a standard 12-week downtime-code history graph. This graph (Fig. 2) allows anyone in the plant to review the trend of a particular downtime. In this case, we used the graph to verify that the developed and implemented corrective action proved effective.

At some point, the ability to increase OEE starts to become limited by fixed downtime events such as coils changes and die changes, and a certain amount of random downtime events. Of course, that didn’t stop F&P America’s president from pushing for more cost and manpower reductions. That pressure led us to reevaluate the press stroke rate for our dies, taking a close look at run rate based on die size, steel thickness and other variables. Initially, we judged OEE against a defined part-specific press rate, not against a press’s maximum stroke rate.

Consider, for example, a 1000-ton press with a manufacturer’s rating of 60 strokes/min (SPM). Since not all parts can run at 60 SPM, we essentially have lost capacity (similar to lost time related to PR). So, a part running at 45 SPM has 25-percent lost capacity. Note also that increasing SPM from 45 to 60 represents a 33-percent increase. That is a significant capacity boost, and you get it for free.

Taking all of this into consideration, we needed a to mathematically capture this on a part-by-part basis. The first solution was to simply change all of the cycle times in the system to be based on 60 SPM. While that does work, in the traditional OEE formula that loss shows up as PR (lost time). For example, if the 45-SPM part had 3-percent lost time before the change, after the change it would be around 28 percent. When that happens, the associates can no longer use PR as a measuring stick and the actual lost time creeps up.

With brainstorming, we were able to isolate this factor by calculating the ratio of actual cycle time to machine maximum-SPM cycle time. The new ratio was dubbed capacity rate (CR). This preserved PR for the associates to monitor their downtime reporting performance. Using some creative formulas, we were able to integrate CR into the existing stacked bar chart. CR varied press to press, and in some cases we were losing as much as 20 percent efficiency and capacity (Fig. 3). As a result, our OEE activity now includes an SPM improvement plan focused on reducing lost capacity and increasing CR.

Using CR for Welding and Assembly

We also found that our welding and assembly areas could use CR to identify the gap between actual and target cycle times for each line. Actual cycle time here would represent the current cycle time that a line can physically achieve. In both cases it isolates cycle-time gap to CR and ensuresthe PR reflects only lost time against the actual cycle time.

In the name of continuous improvement, we created a new OEE equation: OEE = OR x PR x QR x CR (CR = actual cycle time/optimal cycle time). It’s important to note that CR is a fixed factor independent of downtime or output. Therefore, a slight conversion had to be made in order to graph the rates on our stacked bar chart. Although the rates are mathematically lower with CR added in, their ratio remains intact and still can be effectively used to measure performance trends (Fig. 4).

Through this process we have gained a new appreciation for understanding the details of efficiency losses. Until the details are clear and recorded, it is very difficult to identify, prioritize and solve issues. In all cases, step one is having a robust data-gathering system that captures complete and accurate data in a timely and efficient manner. Step two: develop output that points you in the right direction with limited analysis.

Step three, then is to solve the identified issues. Many companies focus solely on step three and have limited success since they can’t clearly identify the issues, understand their severity nor measure the effectiveness of their corrective actions. Other companies gather tons of information, but due to its inaccuracies, lack of organization, or just sheer complexity, can’t effectively identify the issues.

We would testify that effective problem solving starts with a strong data collection system. The system that we developed inhouse now forms the backbone of F&P America’s process-improvement activity. As a bonus, it has simplified data gathering and reduced paperwork. The effort required for steps one and two is now minimal, allowing our team to spend more time solving issues and improving operations. MF 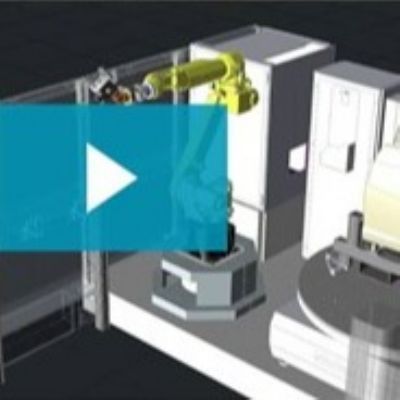