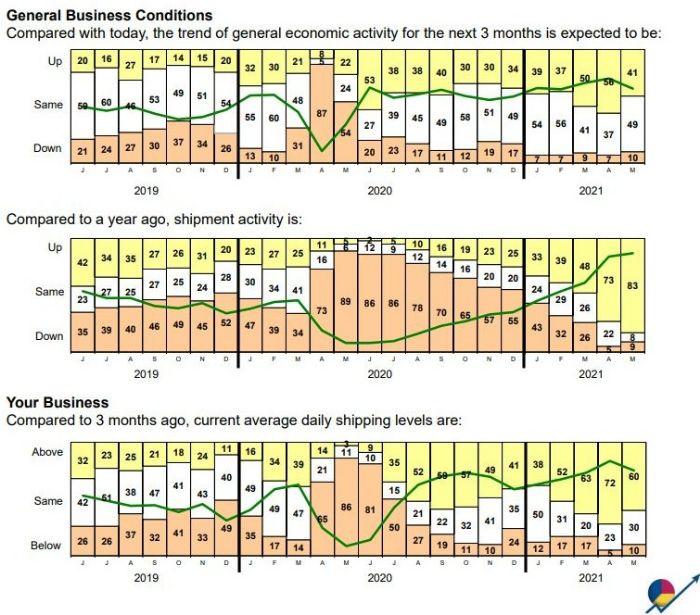 Metal forming companies forecast a dip in business conditions during the next three months amid continued supply challenges and increased lead times for steel and other materials, according to the May 2021 Precision Metalforming Association (PMA) Business Conditions Report. After two months of increased optimism, only 41 percent of metal forming companies, according to the May report, forecast an improvement in economic activity in the next three months (compared to 56 percent in April), and 10 percent anticipate a decline in activity (up from 7 percent in April).

When asked about lead times compared to the previous three months, 71 percent of respondents say that they have increased, up from 64 percent in April. Increases have continued each month since September 2020, when only 16 percent reported increased lead times.

“The May report reflects what I have been hearing from members during my visits to their facilities across the country: There are substantial challenges in finding steel and other raw materials needed to meet growing demand,” says PMA President David Klotz. “Our members continue to report high prices and increased lead times for steel, aluminum, copper, brass and other metals. PMA calls on the Biden administration to terminate the Section 232 steel and aluminum tariffs, which no longer are needed and are one of the main causes for the supply problems experienced by our members. In addition, members also report that the semiconductor shortage that has resulted in the idling of some auto plants are beginning to negatively impact orders.” 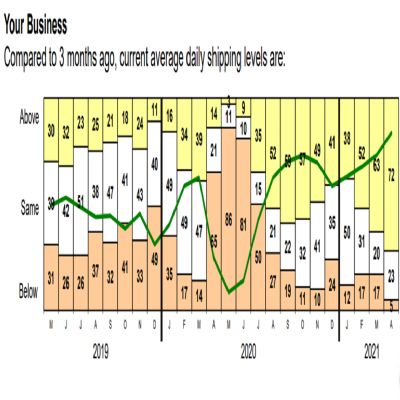 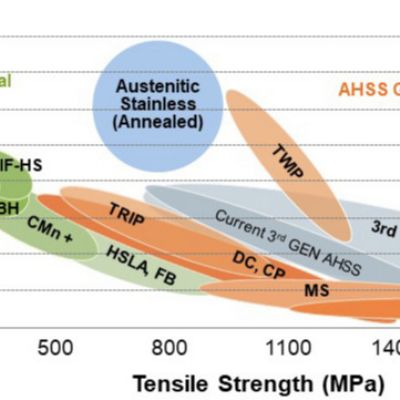