Along I-40 just west of Nashville, the thump-thump-thump echoes from Truform Way, the newly named street where Truform Manufacturing LLC stamps and assembles components destined for appliance OEMs and automotive Tier One customers. The rhythm tells you that Truform is busy. Fact is, TruForm has grown busier every year since the late-2000s recession.

The company opened its doors in 1999 with two 200-ton presses in a 20,000-sq.-ft. plant. Expansions followed, and significant growth occurred after its purchase by Sisler Manufacturing Group in 2012. With its new owners, Jon and Brett Sisler, experienced in the appliance industry, Truform took on that sector to augment what had been until that point a 100-percent automotive-supply business. A capital infusion followed, with Truform growing in size from 40,000 sq. ft. at the time of sale to nearly 100,000 sq. ft. under roof in adjacent buildings today.

The campus has room to grow even further, as the company owns several acres of land on the site.

Within its expanding space, Truform and its 96 employees across two shifts provide progressive-die stamping, robotic and resistance gas-metal-arc welding, and assembly. In late-2015, new automotive work, slated to begin in summer 2018, prompted the company to explore added press capacity.

“I’m a big believer in redundant backup, because we are a just-in-time (JIT) supplier,” explains Paul Beaton, Truform general manager. “Any press that we buy should be compatible with our existing presses with respect to shut height, stroke, bolster scrap patterns, pass lines, die protection, controls and more.”

Truform supplies appliance OEMs on the order of 4-million-plus primarily complex hinge and lever mechanisms per year, while supplying automotive Tier Ones with console brackets as well as instrument-panel and exhaust components in typical volumes between 100,000 and 350,000 units annually. Today, the appliance-automotive mix hovers around 50/50, with next year seeing automotive comprise about 70 percent of the company’s production after launch of the 2019 Nissan Altima program. Stamped-part materials include stainless and carbon steels, including high-strength grades, in thicknesses from 0.02 to 0.20 in.

The Truform team investigated potential presses from December 2015 to March 2016.

“We looked at used presses as well as new presses from domestic and offshore builders,” recalls Beaton. “We evaluated functionality, features, delivery time, serviceability and price.”

After performing its due diligence, Truform opted for 330- and 660-ton mechanical presses, both from Stamtec (www.stamtec.com), Manchester, TN. A third 660-ton press is under construction and due to ship to Truform by the end of the year.

“We visited some of our large customers using Stamtec presses, and their feedback finalized the decision for us,” Beaton says.

On top of that, visits to Stamtec’s manufacturing facility in Taiwan confirmed the use of stringent weld procedures, stress-relief efforts and 100-percent weld inspection on press frames, as well as other significant quality inspections prior to sign off of equipment to the customer. The visits eased Truform’s collective mind that the presses would stand up in a harsh, demanding stamping environment.

“Importantly, Stamtec is located close by,” notes Beaton, “as is Link Systems (Nashville), which provided the press controls. These two companies work together quite a bit, so the controls are well-suited to the presses, and if there is a service issue, again they are both close by and very responsive.”

“Today’s die technology and capabilities require longer and longer beds, and the longer beds give us flexibility,” says Beaton. “Customizing with longer beds means a little more money up front, but when customers call, we want to be able to say, ‘Yes, we can fit your die in our press.’”

With two Dallas Industries SpaceSaver coil-feed lines on existing presses, Truform opted for those again on the new 660- and 330-ton presses, and has done the same for the 660-ton press on order. Beaton notes the close working relationship between Dallas and Stamtec and the lines’ compatibility with the Link Systems controls. The feed lines, he says, can handle coils from 2 to 48 in. wide, which, again, offers flexibility when quoting new work.

“As the company has grown and we’ve taken on more jobs, die changeover has become very important to us,” Beaton says. “So, we added rolling bolsters to the 660-ton presses. This takes our 30-45-min. changeovers to as low as 15 min. Over the course of a month we will save a lot of time.”

Described as a 100-percent progressive-die operation, Truform puts much effort into keeping the complex tooling in working order. Though it sources dies from outside partners, the company has a fully outfitted die shop with 10 tool and diemakers as well as two apprentices (via Truform’s inhouse tool-and-die apprenticeship program).

“We maintain a computerized PM system, so when a new die comes in, we look at the job volume and complexity of the die, then set up a schedule in our ERP system,” explains Beaton. The system automatically notifies toolroom personnel of scheduled maintenance, and they can printout a checklist of what exactly needs to be done. We also have support from local tool-and-die resources.”

The new presses have just begun production, but according to Beaton, Truform will have to add employees through the new year and the ramp up of the new automotive work to support 2019-model-year passenger vehicles.

“Since the acquisition by Sisler Manufacturing Group we have added these three presses, 11 gas-metal-arc welding cells and at least 15 resistance-welding cells,” says Beaton. “We have dies arriving now for the new automotive work coming next summer, and when that launches we will have to add another 50 employees.”

Finding talent is admittedly a tough job given the manufacturing competition along the Southeast automotive corridor, Beaton says, “but we have good luck because we have a distinct culture here–it’s not an autocratic old-school stamping plant. Truform is very much team-oriented and morale tends to be quite high, so we have become an employer of choice.”  MF 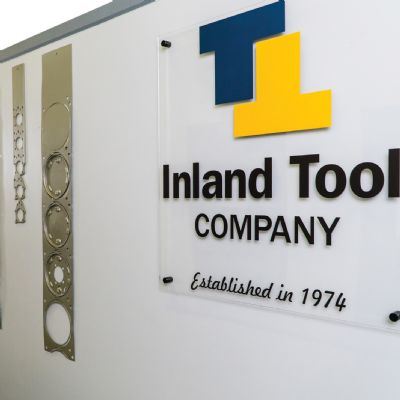 
Press Controller: Simple to Add, Easy to Use