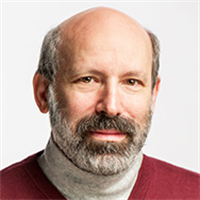 Using the resistance seam-welding (RSEW) process to make gas-tight seals involves making a series of overlapping spot welds. Each spot must be a fully formed nugget-free of expulsion. Insufficient heat produces undersized spots and can cause leaks. Excess heat produces expulsion, which also can cause leaks. In addition to controlling nugget formation, the process requires consistent spot spacing to ensure proper nugget overlap.

Welding-electrode selection represents a critical success factor, as well as applying the right electrode force, current, and weld time. The machine control must provide accurate delivery of the programmed current for each weld.

When faced with weld-size variations due to electrode contact-area and applied-force fluctuations, operations using conventional controls that apply the same heat regardless of these variations are plagued with inconsistent welding performance. In these situations, adaptive controls that instantaneously react to the variations can reduce the occurrence of problem welds and increase the consistency of all welds produced.

RSEW machines efficiently make gas-tight seals by employing electrode wheels that roll to the next location to form each successive weld. When integrated with a capable control, these machines can accurately control spot spacing without having to add any special positioning mechanisms or tooling.

During intermittent seam welding, the electrode wheels advance to the desired position and stop to make each weld. The process repeats over the entire length of the seam.

The dynamics of intermittent seam welding are similar to those for spot welding. The control can direct the length of time required to form good welds, as well as all other actions typically employed by an adaptive control to regulate weld quality. In addition to dynamically adjusting the programmed current to compensate for instantaneous electrode-force and contact-area variations, such actions may include automatically correcting for part-surface contamination and poor part fitup. Also, in instances when expulsion occurs, the control can instantly terminate weld heat within 1 msec., and automatically generate a repair weld in place. Production throughput is limited by how quickly the electrode wheels can accelerate from a stationary state after each weld, move to the next weld position, and completely stop to form the next weld.

During continuous seam welding, the wheels continue rolling as the welds form. Unlike the intermittent process, continuous seam welding imposes the constraint of a fixed time window to make each weld. Since there is no opportunity to vary the weld time for each nugget, all adaptive decisions and compensating actions must occur as each weld forms.

The continuous process allows production at much higher speeds than can be achieved with intermittent seam welding. However, ensuring a repeatable process, when using a conventional control, requires good control of velocity. Excess wheel velocity will cause cold welds; insufficient wheel velocity will produce hot welds.

1. Welds produced using the same wheel velocity—The wheels clamp the parts and start rolling. Welding does not commence until after the wheels accelerate to the programmed welding velocity, and the wheels do not decelerate back to zero until the last weld in the seam has been completed.

This is the easiest arrangement for fabricators to manage with conventional welding equipment. As long as consistent parts are presented to the welding machine with consistent tooling, and the process maintains consistent control of electrode force, wheel velocity, heat and time, then managing the shunting phenomenon during the first few welds in the seam generally becomes the only remaining process-specific condition to address.

2. Welds produced with varying wheel velocity—The wheels clamp the part and begin rolling, and welding commences before the wheels finish accelerating to the programmed welding velocity. Welding at the end of the seam continues, even as the wheels decelerate toward zero.

This arrangement requires special actions at the beginning and end of the seam to avoid forming excessively hot welds at the lower velocities. One such action: Employ upslope heat at the start of the seam and downslope heat at the end of the seam. Achieving consistent welding performance requires precise scaling and coordination of the heat upslope with the rising wheel velocity at the beginning of the seam, and precise scaling and coordination of the heat downslope with falling velocity at the end of the seam. This coordination can be difficult to achieve in practice. Also, as wheel speed increases, instantaneous velocity fluctuations increase from factors such as variable loading of the part presented to the machine, gear backlash, belt stretching and vibration, and machine mechanical resonances. These variations can lead to inconsistent weld-nugget size.

3. Welding occurs edge-to-edge across the entire part—Fabricators use edge-to-edge seam welding to manufacture products such as water heaters, 55-gal. drums, pails and aerosol cans. As each weldment feeds through the RSEW machine, the wheels must roll up onto the front edge of the part, travel along its entire length, and roll off of the back edge.

Most manufacturers of these types of parts attempt to control the process by employing upslope heat at the start of the seam and downslope heat at the end. A limit switch or proximity sensor detects the part approaching the seam wheels and triggers the start of the weld-schedule sequence. A sensor that detects the approach of the back end of the part triggers the downslope at the end of the seam.

Often, this process produces high scrap rates from inconsistent weld performance, and as production speed increases so do welding inconsistency and scrap rate. Typically, welds on the front edge of the part are either too cold (because welding heat started after the wheels already started to roll up onto the part), or too hot (because welding heat started before the wheels began to roll up onto the part). Regardless of how the fabricator may adjust the proximity sensors, the time uncertainty of the part front-end detection system, coupled with variability in the time from when the detection takes place until the part contacts the seam wheels, makes it nearly impossible to accurately synchronize the start of heat with the front edge of the part entering the wheels.

A New Jersey manufacturer of 55-gal. steel drums performs edge-to-edge seam welding at a rate of 50 ft./min. To improve weld consistency and reduce scrap, the manufacturer replaced its single-phase AC welding transformer and SCR-based weld control with a medium-frequency direct-current (MFDC) transformer and conventional inverter control. Instead of increasing production throughput and decreasing scrap, the equipment upgrades resulted in decreased throughput and increased scrap. An analysis of the welding operation revealed the causes of inconsistent welding performance, and resulted in recommendations to correct the problems.

To gather welding diagnostics, a portable WeldView monitor was connected to a machine on the production line. Examining the data, recorded over several hours of production, revealed multiple problems, including inconsistent heat-control delivery during each welding impulse, and inconsistent synchronization of the start of heat with the front edge of the part and of the stop of heat with the back edge of the part.

Furthermore, the monitor recorded instances of the heat starting too soon on one part and too late on the next part, without any adjustments made on the production line. This provided quantitative evidence that the system in place could not reliably coordinate the synchronization of heat versus time needed to apply proper heating to every part as it passed through the machine (Figs. 1 and 2).

To remedy the deficiencies of conventional seam-welding operations, fabricators can employ adaptive control to detect when the wheels start to roll up onto the front of the part, and then dynamically adjust the heat in relation to the profile pattern of the wheels rolling up onto the part. The same approach can ensure optimum heating on the back end of the part—profiling the heat in direct response to the wheels rolling off of the back end of the part. An adaptive control also can instantly terminate the flow of heat, within 1 msec., upon detecting that the wheels have finished rolling a specified distance off of the back of the part (Fig. 3). This limits the susceptibility of the process to sparking and expulsion of material, caused by keeping current on too long. It also extends the amount of time that production can continue before cleaning the electrodes.

Part two of this article, to appear in the March 2019 issue of MetalForming, will discuss operational efficiency of the seam-welding process, and the use of inverter-based controls and MFDC transformers. MF 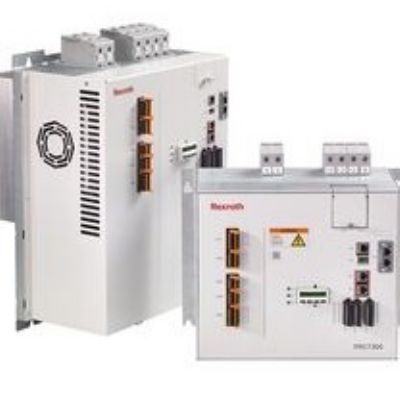