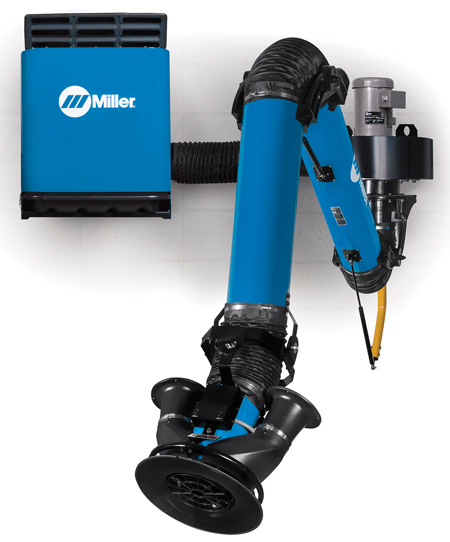 Miller Electric Mfg. LLC has introduced ZoneFlow technology to its SWX-ZF weld fume extractor, featuring a capture zone that’s more than three times larger than traditional systems, according to company officials. With a capture distance stretching to 5 ft. deep and 4 ft. wide versus the traditional 12 to 13 in., operators no longer must constantly adjust the arm to be close to the source, or not adjust it at all and be exposed to fumes. Thus, operators can continue welding.

ZoneFlow technology moves clean air out of the arm at approximately a 90-deg. angle, creating a large negative-pressure zone that extends capture distance and funnels weld-fume particulate toward the center of the arm to be captured. Previously only available on the company’s FiltAir Capture 5 fume-extraction system, ZoneFlow has been expanded to the FiltAir SWX-ZF wall- or column-mounted system, and is available in a disposable cleaning-filter model. 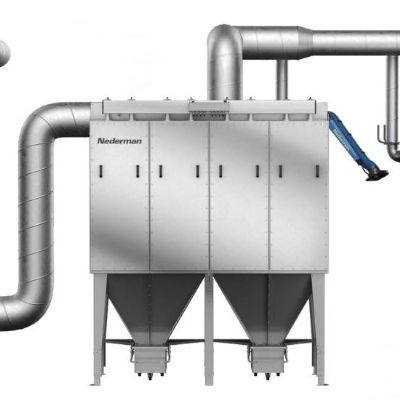 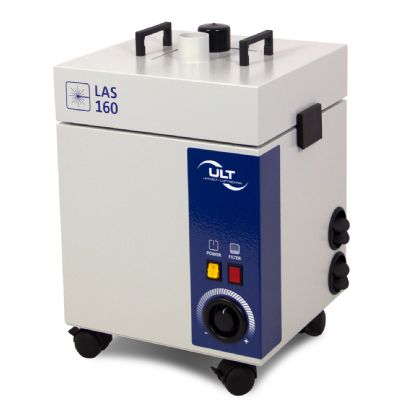 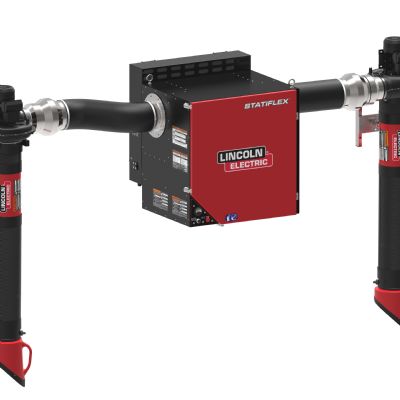