Die Shop Automates to Wrangle Work Back from Overseas Competition

When Zelko Rezler and his partner Alan Minello started their tool and die business in 1996, they set out to differentiate themselves by providing top-quality tools that would be long lasting and require minimal maintenance. Over the years, the company has earned a reputation for delivering on this promise. Serving primarily Tier One automotive suppliers, Rezmin has been challenged by low-cost competition from overseas shops.

“When the accountants and purchasing agents were just looking at the price of the tool, it was difficult for us to compete,” says Rezler. “They now are starting to realize that they get what they pay for, and we’re earning quite a bit of work completing or fixing tools that were made overseas that have not been up to the customers’ quality standards. And, we are even starting to see more work that doesn’t go overseas because of quality concerns.”

Still, the overseas alternative and the downturn of the economy continue to place a constant pressure on Rezmin Tool & Die, in Oldcastle, Ontario, Canada, to reduce the cost of its tools while increasing the speed of delivery and maintaining its quality standards. This constant cost pressure and lack of accurate estimation tools also have made quoting more challenging. Rezler spends 5 hr./day working on quotes.

“We used to do the quoting based on experience,” Rezler explains. “If we knew a part was going to be a bit difficult to form, we tended to protect ourselves by over-quoting. To make ourselves more competitive, we had to become more efficient and use more automation.”

The company has invested in CNC equipment to eliminate much of the handwork processes, and outsourcing of die sets. Producing die sets inhouse has returned as much as a 50 percent cost savings. To take on this work, Rezmin purchased four seats of die design and build software (from Cimatron) in its engineering department, and three seats on the shop floor. Also, die makers on the shop floor use two additional seats of Cimatron Viewer.

“We use the software to design and build in 3D,” explains Rezler, and perform the NC programming and run the CNC machines directly from the software.”

The firm also uses Cimatron Fikus software to create wire-EDM programs directly from the 3D design data. “Eliminating the need to translate the data has simplified the data flow. It makes wire programming less labor intensive and more accurate,” adds Rezler.
To further increase efficiency and speed, Rezmin added four- and five-axis machines to its shop, for boring, drilling and tapping holes on multiple compound pockets. According to Rezler, programming the new machines with Cimatron software has reduced setup and machining time by as much as 65 percent.

“The software makes four- and five-axis programming really easy,” comments Rezler. “This is relatively new for us, but I was surprised how quickly we were able to get up to speed with the process.”

Using Cimatron Die Design for blank development and the strip layout, Rezler says that, “complex strips that used to take us 3 to 4 days to lay out now take 3 to 4 hr. Simpler strips can take as little as 10 to 15 min.”
Rezler also finds that the benefits of the software’s quick blank-development and forming-analysis capabilities really pay off in his quoting work. “The forming analyses highlight any hot spots, wrinkling, splits and other areas of potential difficulties,” he says. “It saves a lot of time and eliminates the guesswork. Most importantly, it gives me the confidence to quote exactly what needs to be done rather than over-quote to protect against the unexpected, like we used to do. It allows us to come up with more competitive quotes.”

On the shop floor, Rezmin has been able to eliminate much of the time-consuming and expensive manual plate work. “We used to do a lot of work with manual radial drills, laying out and transferring screw holes, spring pockets, dowels, keys, etc. Now all of these procedures are designed into the solid model and programmed directly to the CNC machine, which routinely runs some parts in one setup that used to require two or three setups. Labor hours on manual machining processes have been dramatically reduced.”

Rezmin’s programmers take advantage of the Cimatron auto drill function to define sequences for different types of holes and pockets. “The ability to define templates for cutting procedures is a huge timesaver,” adds Rezler.

Driving to squeeze every hour of productivity from its machines, Rezmin runs two shifts during the day and also runs a third untended lights-out shift. “Cimatron is able to define the tools as well as the holders and spindles, so tool changes can be done without operator intervention,” explains Rezler. “Thanks to the automatic gouge gap checking, cutter paths are guaranteed not to crash. It makes the operators comfortable walking a and setting up lights-out machining.”

Using the same software for design and machining is another big timesaver for Rezmin. “We don’t need to go through the cumbersome process of translation,” says Rezler. “It has eliminated all issues of miscommunication and missing or corrupt information. The CNC operators pull their data right from the design. Whenever we experience a design change, the operators als have the most current information—no need to worry about the integrity of the data.”

The View from the Floor

Finally, the Cimatron viewer seats on the shop floor provide machine operators with direct access to the part data, so they can pull sizes and dimensions directly from the 3D assembly. As a result, detail prints are no longer needed for most parts and components, helping Rezmin run a greener and leaner shop floor operation.

“Overall, we are 25 to 30 percent more efficient than we used to be,” concludes Rezler. MF 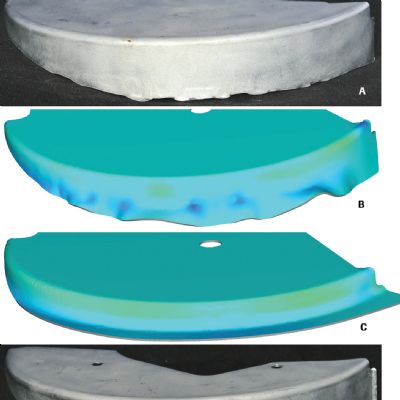 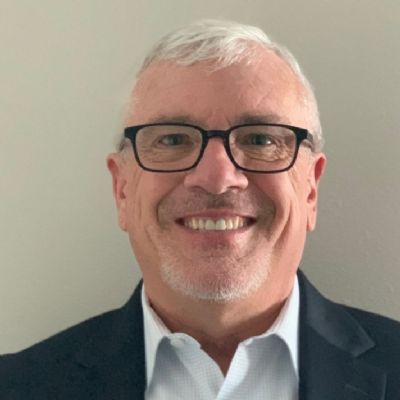