There is a misconception brewing within some of our metalforming companies regarding the uses of electronic sensors in today’s low-volume parts orders. Some are of the opinion that since low volumes generally mean more single-stroke tooling and less automatic progressive dies, that it follows that the implementation of electronic sensors simply is not needed or at the very least their use should be minimized. Nothing could be further from the truth. In fact, single-stroke tooling needs to include electronic sensors because the process relies primarily on a human operator (or a robotic arm) to place the blank properly within the tooling.

What assurances does one have that the operator placed the blank properly within the tool? The same for a robotic arm—how does one verify that the workpiece is nested properly within the die? Surely closing a die on a misfed blank can be equally catastrophic whether that blank is hand-fed or automatically placed by a robot. This is especially so when the location of features, such as for holes, tabs, notches and the like, needs to be precisely positioned. The subject of proper feeds within a progressive die or a single-stroke tool are exactly the same, both require proper blank placement within the tool’s work areas. There is no difference among manual, robotic or progressive fed tooling in terms of the need to patrol proper workpiece placement.

There also are some who argue that in a manually fed, single-stroke tool there is no need for part-out sensing as is usually the case with automatic progressive dies. Wrong again. In many cases involving manually or robotically removed parts, the need for part-removal monitoring is much more important.

Picture this scene, which I actually witnessed in person. Your competent single-stroke press operator has been performing well for many years and now has been asked to mentor a newly recruited press operator trainee. In comes this new employee who shadows the experienced operator, but for whatever reason does not fully grasp how the tooling actually works. To the employee the blank is fed into this device that then closes and makes the necessary features on the blank.

I recently was being given a tour by the plant manager of a stamping company where this situation was in progress. The trainee, after enough shadowing, was trusted to run the single-stroke tool and its press without supervision. The plant manager and I entered the area where the operator was working and were startled to see the operator with a confused and pained look. This recently trained individual told us that there seemed to be some magical activity going on inside the tooling. The operator then proceeded to place the blank in the tool followed by the single-stroke cycling of the press. “Look,” the operator exclaimed, “It is magic, I feed the blank into the die and the part mysteriously disappears when the die opens. I’ve done it a few times now and each time the part is gone!”

The plant manager and I instantly knew what was going on. The plant manager grabbed the arms of the newly anointed operator and prevented one more blank from being fed into the tool. We then moved closer to the open tooling and looked inside. There itwas—a stack of parts neatly crushed into a multilayered sandwich so well jammed into the upper portion of the die that they were, upon casual observation, invisible to the operator.

Just how many dies undergoing similar situations need to detonate and self-destruct before it becomes obvious that there is no difference between a double (or triple, quadruple, etc.) set of hits on a stack of nonejected parts within a single-stroke tool or a progressive die. Clearly a part-out sensor within the single-stroke tooling would have prevented the operator from cycling the press without first removing the previous part.

This example can be extended to single-stroke assembly operations where, in large order environments, the company would have previously performed tapping, staking, nut insertion and the like within progressive dies but now, due to smaller volume orders, has these value-added operations conducted in a single-stroke environment. Just what guarantees do you have that the tap performed its tapping process correctly and did not break on its down or out of the lower die? Are you sure that the nut was delivered into its proper position prior to it being staked into the part? Is it a full or a partial nut? Does the nut have the proper threads? What’s to prevent a bad nut and/or one that is out of position from being inserted in the first place? The same for studs. Was that a full-length stud that was just snapped into position? How do you know? In these and many other value-added instances, the answer is “no,” unless there are electronic sensors patrolling the single-stroke processes.

Mistake-proofing should not be based solely on the quantities of parts being stamped and assembled, but rather as a preventive measure to ensure that no bad parts are being stamped or assembled in the first place. Surely today’s low-volume orders, with their just-in-time, near zero inventories, are even less tolerant of die crashes and badly made parts. There is no difference between progressive or single-stroke tooling when it comes to mistake-proofing as they are both prone to the same process errors. MF 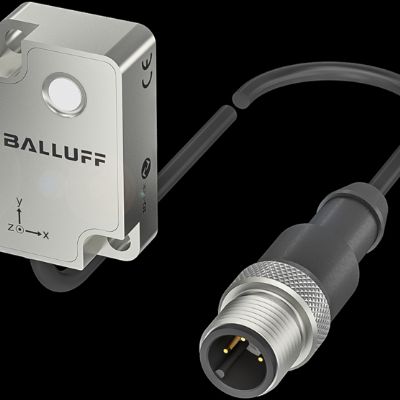 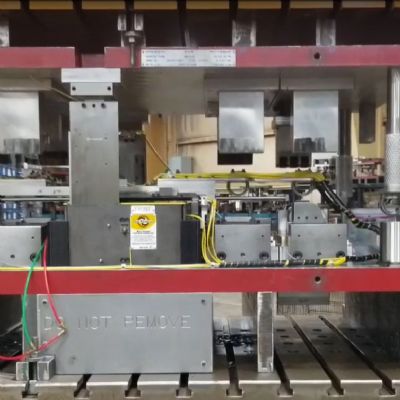