In prior columns I have addressed the issue of tampered shut-height adjustments by setters and operators who, to make the part better conform to the specs, lower the ram and consequently, “hit it harder.” Although this approach may help to overcome a change in the hardness of the incoming steel, the consequences to the integrity of the die and press can be disastrous. These consequences may not be immediately evident after a given run, but the long-term effects, including stop-block marks on the upper shoe, ram parallelism and press wear, are unacceptable.

Low-cost analog proximity sensors make it possible to monitor out-of-spec shut heights and prevent an operator from cycling a press. By embedding four analog proximity sensors, one per stop block, one can actually measure with a high level of accuracy not only the shut height at all four corners, but the total parallelism of the upper shoe as it travels up and down into and out of the inductive fields of the four sensors.

Several simple and often low-cost methods are available to monitor the four shut-height sensors. The easiest: Use the analog input option available on several turnkey die-protection controls. Some of these units allow monitoring of the entire signature of the analog output of each analog stop-block sensor and compare it to the stored master or good signature. Thus the entire up and down motion as reported by the analog sensors on all four corners is monitored in real time. This is extremely useful for press maintenance reasons including ram parallelism.

Another monitoring method is to purchase a four-channel analog input monitor, or build your own four-channel unit by acquiring four single-channel monitors and placing them within one cabinet. The four units would display the actual shut height in inches (after entering the appropriate conversion factor), giving the setter and operator the actual closure gap on all four corners. Though this method does not display the full travel signatures of the four corner sensors, the controls can be programmed with upper and lower set points to trigger a stop by the master die-protection system. The triggering signal would be provided by the master die-protection control as you would set up a timing window and feed the four outputs of the respective four monitors in parallel into this one die-protection input. Should one or more controllers detect a shut height out of limits, then the die-protection controller would stop the press at its top stop.

Another approach is to use a programmable logic controller (PLC) with a four-analog-input module. The stop-block sensors would be connected directly through this analog module to the PLC with the alarm output from the PLC connected to the master die-protection controller as in the above example. The PLC would be programmed to monitor the outputs of the analog sensors and the master die-protection control would have the appropriate timing window within which to make its decision.

A fourth option is to send the analog signals from the four stop blocks into a personal computer (PC) through a data-acquisition card. The PC would monitor the four analog signals, display their outputs on its screen and make the appropriate decisions as to the quality of the closure gaps. With PC prices at their lowest in years, this becomes a cost-effective option for those shops that have the PC programming knowhow.

Why bother with the above at all? Well, in my extensive travels and dealings with numerous shops, I have noticed an increase in the maladjustment of shut heights that coincide with the retirements of our best setters and the consequent lack of experience and formal setup training on the part of their replacements. For some, shut height is just a number on the setup sheet. No more and no less. These inexperienced and weakly trained setters simply have had no in-depth training on the importance of proper shut-height adjustment, and more importantly, its consequences.

Shut-height adjustments are not to be considered variable and changeable as needed to produce a good part. These settings must be adhered to with precision and discipline, as they are, in many s, the backbone settings for the production of good parts. If the shut-height settings are correct and yet bad parts are produced, then all possible causes must be explored, including changes in material thickness, hardness, feed lengths, lubrication, etc., before one even begins to contemplate changing the setup-sheet master-shut-height settings. MF 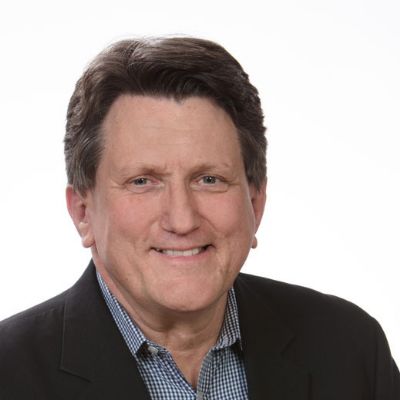