Control Upgrades Give Peening Machines a Shot in the Arm

Boeing has learned first-hand how a control-system upgrade can make an old machine work like new, at a fraction of the cost of purchasing a new machine. Case in point: recent refurbishing of four shot-peening machines at the Boeing Fabrication Division plant in Auburn, WA. The Boeing fabrication shop uses spanwise peening machines for contouring wing components, and compression peening machines for cold working. Early in 2011, plant managers decided to upgrade the machines’ controls, which ranged from 20 to 40 years old. Some used relay logic and some were CNC-based. Parts had become obsolete, and maintenance had become overly expensive.

The plant’s managers sought new controls that were more process-oriented, and simple-to-use human-machine interfaces (HMIs) standardized with operator controls used at other Boeing plants. To help with the upgrades, Boeing turned to Concept Systems Inc. Albany, OR, and its engineer Jim Ford, who proposed replacing the old CNCs with Allen-Bradley PLCs. In addition, he recommended Allen-Bradley Panel View terminals to provide the graphics displays. The old DC servos were replaced with smaller AC servomotors and new gearboxes were installed to upgrade the mechanical aspects of the machine.

Describing the first machine to be upgraded—a 30-yr.-old spanwise unit experiencing the most downtime of the four machines—Boeing equipment engineer Franklin French says: “The shot peeners are akin to self-destructing machines. There’s armor plating in the machine to protect the chamber, but when we opened up the old machine, we found shot inside the wheel servomotors, ultimately requiring a replacement of the motors and shrouding.”

During the upgrade, to help minimize maintenance problems the new motors were equipped with vibration transducers and temperature sensors to provide advance warning of failures. Also, Concept Systems designed the HMI to display temperature and vibration levels and historical trends. New armor plate shrouding provides optimum protection of the motor parts, and the homing limit switches were replaced, improving reliability.

To facilitate programming of the spanwise peening machine, Ford wrote a custom Visual Basic program that reads an Excel spreadsheet containing the required process parameters. “Since Rockwell supports only three axes of coordinated control and we needed five axes to implement the shot controls,” says Ford, “we needed to use a little creativity to make the five axes look like three to the PLC.”

Further, to improve machine safety, Concept Systems added safety relays and emergency stop buttons. On the x-axis, indicating the horizontal positioning of a part in the peening chamber, Concept added over-travel sensors for the tractor axis.

“The machines are quite reliable now,” adds French. “The peening process doesn’t run more quickly, but machine downtime has been significantly reduced, resulting in an overall increase in productivity of five to seven percent.” He also notes a reduction in the amount of training required on the machines, due HMI commonality.


Pepperl+Fuchs to Host Online Summit on Factory and Process A... 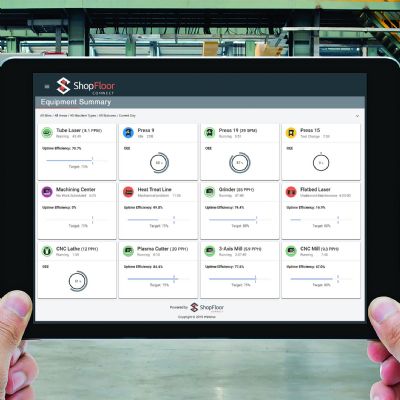 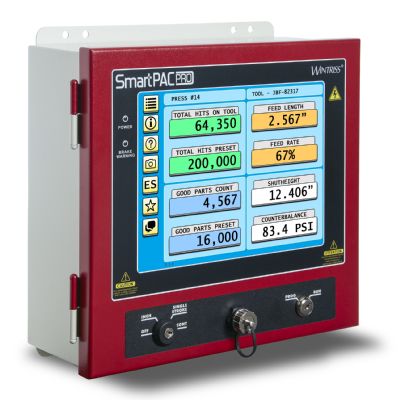