In Part 1 of our two-part series on how heating helps forming (August 2020 issue) we focused on hot stamping of high-strength steels. Here we turn our attention to aluminum, which has approximately one-third the density of steel and long has been known for its lightweighting potential in automotive and aerospace applications. In the automotive industry, three series of aluminum typically find use: 5000-, 6000- and 7000-series alloys.

These grades contain magnesium as the main alloying element, with small amounts of manganese added in some cases. These sheet grades have low to medium strength, and their strength level depends on alloying content and the amount of cold work.

Automotive applications typically are limited to unexposed surfaces since they tend to form stretcher strains when cold formed (i.e., Lüders bands) and can cause poor appearance after painting (Fig. 1). The most common grades include 5182 (AlMg4.5Mn0.4), 5754 (AlMg3) and 5083 (AlMg4.5Mn0.7―used in superplastic and quick-plastic forming, as explained later).

These aluminum alloys contain magnesium and silicon and find use for exposed surfaces; they can be heat treated for strengthening via precipitation hardening. Strength levels of these alloys vary depending on the temper.

The most common automotive grades include 6014 (AlMg0.6Si0.6V), 6016 (AlSi1.2Mg0.4), 6082 (AlSi1MgMn) and 6111; stampers can cold form all of these grades to relatively complex geometries (A-pillar reinforcements, for example). They generally cannot be drawn as deep as 5000-series alloys, or mild steels. The yield strength of some 6000 grades may effectively be doubled during a typical automotive paint-bake cycle. A specially developed automotive alloy may have 120-MPa (17,500-psi) yield strength in the as-delivered T4 temper, and approximately 250-MPa (36,000-psi) yield strength after 2-percent deformation followed by a paint-bake cycle.

Another method used to form relatively complex and high-strength automotive components (yield strength exceeding 280 MPa/40,000 psi) with 6000-series aluminum alloys is cold forming the material in a relatively soft temper, and then applying post-form heat treatment to harden the parts. Jaguar-Land Rover began using this technique in production in 2012, and the 13th-generation Ford F-150 has 14 components produced using this technique.

These alloys represent the highest-strength aerospace/automotive grades, alloyed primarily by zinc, magnesium, copper and manganese. They find use in high-end low-volume vehicles, and provide a yield strength that can exceed 500 MPa (72,500 psi). The most promising grades include 7022 (AlZn5Mg3Cu) and 7075 (AlZn5.5MgCu). These grades are not formable at room temperature.

One heat-assisted cold-forming technology for 7000-series aluminum is W-temper forming. Here, blanks are heated above the solution-heat-treatment temperature and then quenched in order to reach W temper—an as-quenched condition between solution heat treatment and artificial or room-temperature aging that increases formability. Cold forming must occur within 20 to 30 min. after quenching; after this time, natural aging degrades formability. To further increase strength, the formed parts may undergo secondary heat treatments.

There are several methods to improve formability of the sheet or to increase the strength of the final part.

Warm forming refers to forming at elevated temperatures typically between 170 and 230 C (340 to 450 F); hot forming refers to forming at temperatures exceeding 450 C. In the automotive industry, warm forming has been applied to 5000- and 7000-series alloys. For example, the 2013 Jaguar F-Type has the world’s first warm-formed Type 5182 aluminum door-inner panels, with a draw depth exceeding 165 mm (6.5 in.). And, BMW used warm forming to stamp side-impact door beams of its i8 coupe from aluminum alloy 7075-T6, one of the strongest aluminum alloys. Here, blanks were heated to 230 C (450 F) and formed into a heated die. Yield strength of the final part at room temperature falls between 400 and 480 MPa (58,000 to 70,000 psi), depending on the e-coating temperature. In warm forming of 7000-series grades, springback still could be a problem requiring part optimization and die-geometry compensation.

In most warm-forming operations, blanks are lubricated, heated and then (typically but not always) formed in heated dies. Cycle times range from 10 to 20 sec., compared to 1-2 sec. for cold forming.

Hot forming of aluminum (or hot forming and quenching, HFQ), occurs at 400 to 500 C (750 to 930 F), at which the material is solution heat treated. Automotive-parts stampers hot form 6000- and 7000-series grades because these alloys can benefit from increased strength after the final aging process. Formability can increase substantially for most grades at hot forming temperatures; total elongation might exceed 100 percent (Fig. 2 and 4), while strength may decrease to as low as 40 to 70 MPa (6000-10,000 psi). Springback is nearly negligible from hot forming, and cycle times range between 10 and 20 sec. 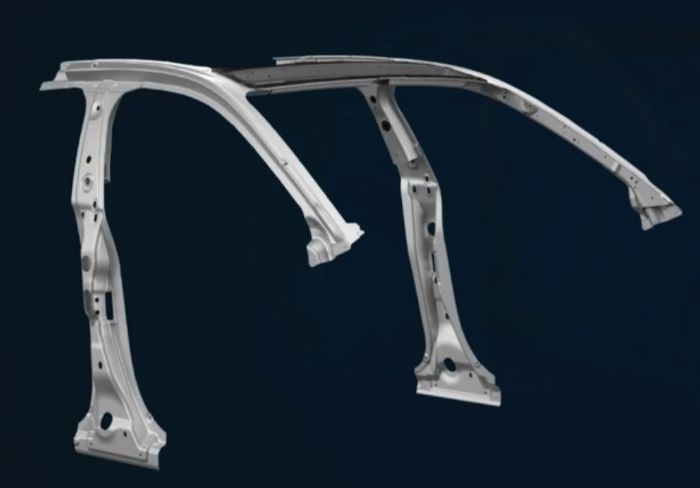 In one hot forming example, blanks are heated in excess of 500 C (930 F) and then transferred to a press for forming and then quenching in a cooled and lubricated die―a process similar to press hardening of steel. This process leaves the part in W temper from forming/quenching. As a last step, the part undergoes an artificial aging process to restore its final desired properties (strength and elongation).

Referring to Fig. 4 showing stress-strain curves for Al 5083, at room temperature the alloy has a yield strength of approximately 150 MPa (22,000 psi) and more than 20-percent total elongation. Once the strain (deformation) rate hits the sweet spot of superplasticity, stress level may be as low as 5 to 10 MPa (7250 to 14,500 psi) and ductility may exceed 300 percent. In aerospace grades, total elongation can exceed 1000 percent.

SPF only requires one half of the die (male or female), which minimizes the fixed cost of the tooling. Forming occurs using air pressure (blow forming) to stretch-form the part without draw-in. This can result in severe thickness reductions.

Cycle times for automotive components may be as high as 15 to 30 min., making SPF feasible only for low-volume vehicles. The first automotive application for SPF was in the Aston Martin Lagonda, a full-sized luxury car with 17 SPF aerospace-grade panels.

By late 90s, most automakers had studied the SPF process, and there were already a few low-volume cars using the process on 5000-series aluminum. In 1998 GM developed “quick-plastic forming,” reducing cycle times to approximately 3 min. It first used the process to make an aluminum decklid with a very deep license-plate pocket.

Today, Tesla uses SPF to form the Model X’s rear quarters and tailgate, one of the highest-volume applications at around 50,000 vehicles/yr. Other automotive applications of SPF include the bodyside outer and fenders of the Bentley Continental GT (3rd gen. 2018-present), the gullwing-door inner and outer of the Mercedes SLS-AMG (2010 to 2014), and 10 parts for the 2004-2006 Ford GT. MF

The author thanks the following for contributing to this article: Dr. Mark White, Dr. John Carsley, Dr. Federico Melotti and Dave Edwards.