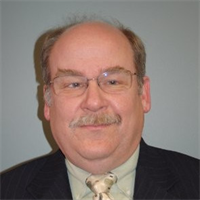 Advanced grades of steel, including advanced high-strength steel (AHSS) and ultra-high-strength steel (UHSS) with tensile strengths of greater than 1000 MPa (1 GPa) have been adopted rapidly in the automotive industry to meet stringent fuel economy targets, enhance occupant protection and improve vehicle performance. AHSS provides optimal performance due to its excellent strength and ductility.

However, from the perspective of stamping-die performance, these AHSS prove challenging when paired with traditional die materials and surface-treatment technologies. This can lead to significant cost increases resulting from frequent die maintenance and interruptions in the manufacturing process.

To assist metalformers, the Auto/ Steel Partnership’s (A/SP) Stamping Tooling Optimization (STO) team has been studying the effects of AHSS and UHSS on tooling design and maintenance. The results of their work have been implemented in each of the member auto companies’ (FCA USA LLC, General Motors and Ford) die-design standards upon completion of different phases of the project.

The international steel industry has completed several collaborative projects beginning with the UltraLight Steel Auto Body (ULSAB) project in 1998 and continuing through the WorldAutoSteel FutureSteelVehicle (FSV) project in 2011. Each of these projects achieved significant weight savings and associated fuel-efficiency improvements with the introduction of new generations of AHSS and innovative manufacturing technologies. In fact, the FSV program nearly doubled the AHSS portfolio (Fig. 1) and innovative manufacturing technologies available to the automotive design and manufacturing engineers.

The North American automotive community has embraced the results of the FSV program as evidenced by the rapid adoption of many of the AHSS grades and innovative manufacturing technologies introduced within their program. Figs. 2 and 3 highlight some of the material/manufacturing innovations in current model vehicles produced in North America.

These real-world examples emphasize the importance of being able to process AHSS grades featuring tensile strengths greater than 1GPa. As these grades grow in acceptance, the A/SP Stamping and Stamping Tooling Optimization teams are developing enabling technologies for using these grades within the existing automotive-manufacturing infrastructure.

The two-phase study centered on a progressive die operated at Richard Tool & Die Corp., New Hudson, MI, under production conditions. The 14-station die produced an experimental part (Fig. 4) with 12 flanges of complex shape. The selected stamping material, bare 1.2-mm-thick DP1180 sheet, represented the most severe material challenge available today for cold-stamping applications. Fig. 5 shows the 14 progressive-die operations on the strip layout with Fig. 6 showing the die in the press during the stamping operation.

Prior to running the experiments, computer simulation via LS-Dyna and AutoForm ensured no formability issues with the designed setup.

The study judged die wear based on the following criteria: safe (no damage), minor scratch marks and very rough scratch marks on the stamped part surface (Fig. 7). Every 100 hits yielded panels for evaluation. Employing die and coating materials successfully used for steels with tensile strengths less than 980 MPa, the 2015 experimental trials resulted in performance failures as early as 35 hits, and most of the inserts failed by 20,000 hits. The only combination to survive through 20,000 hits: TD2 coated with Cool Sheet (highlighted in Table 1).

In 2016, the team investigated die durability of a new set of die material and coating combinations to determine applicability to forming the next generation of AHSS with tensile strengths greater than 980 MPa. In general, die-insert performance proved significantly better than in 2015. Though the study noted one failure after 4000 hits, the majority of inserts lasted more than 10,000 hits with four combinations enduring 65,800 hits. In fact, the die insert (TD2 coated with Cool Sheet) that performed best in the 2015 experiments continued to perform without major failure in the 2016 experiment, with a combined hit total of more than 80,000.

The team further analyzed the experimental results of both phases to evaluate a connection between die wear and insert hardness or roughness. The analysis proved no clear direct correlation with the rankings of the wear results. However, previous studies demonstrated that inserts with hardness greater than 60 Rockwell C tended to chip more readily while hardness less than 54 Rockwell C led to premature wear. The results of insert surface roughness were even more scattered than hardness, but also showed a possibility of a mid-range roughness as giving the best wear results.

This process was repeated with the Phase 2 results. As with Phase 1, the team found no clear direct correlation between the die performance and those measures. As part of the Phase 2 experimental analysis, the team measured as-received steel and final part-surface roughness. As the die wore, the roughness of the final part differed depending on the flange material and coating. In some cases, roughness increased as was expected. But in other cases surface roughness decreased, indicating that the tool actually wore down the peaks of the part surface during the flanging operation.

Additionally, the study team examined each worn die insert in a scanning electron microscope with the wear area measured using imaging-processing software. These results correlated with the part-surface evaluation, confirming the supposition that current high-volume die-coating materials cannot withstand the stamping of the DP 1180 and contributed to early tool failure and heavy scratches in the stamped part.

In addition, the team plans further work to study the interaction of tooling hardness and roughness with the goal of enhancing die performance for UHSS grades. With the automotive industry accepting and applying these AHSS grades at an accelerated rate and the steel industry developing higher-strength/higher-ductility grades, keeping up with advanced tooling technology is more important than ever. MF


When it Rains it Pours—China’s Power Crisis Threatens Alumin...