While entrepreneurship oozes from Bill Adler, 2013 Chairman of the Precision Metalforming Association, his hands-on roots in manufacturing tell the true story of a leader with a firm grasp of what it takes to succeed—in the front office and on the plant floor. Adler, president of Stripmatic Products, a TS 16949-certified manufacturer of split-seam bushings, spacers and wrapped tubular products, launched his 33-year manufacturing career as an inside salesperson marketing aluminum and steel to manufacturers. He then took on the role of plant manager for a wire-rope and sling manufacturer, eventually moving into outside sales for the company.

The opportunities presented to Adler to visit with and learn about a vast array of manufacturing-company customers have served him well. He readily admits that everything he learned before acquiring Stripmatic in 1992 (along with his wife Liz, the firm’s vice president and treasurer) prepared him well for the challenges of nurturing and growing his own company.

“The learning experiences I had in the metals industry and then in manufacturing instilled in me numerous management techniques that have helped Liz and I nurture a truly collaborative and dedicated workforce at Stripmatic,” Adler says. “And, using support and guidance provided by the Precision Metalforming Association (PMA), we were able to create the business plan used when we acquired Stripmatic.”

Adler describes the process of compiling that original business plan for Stripmatic:

“I called PMA and worked with membership coordinator Janet Krall (still PMA’s membership services manager, for help developing the plan. She set us up with a ton of industry data, and from that moment on I understood the value of membership in our industry’s trade association.”

The association’s value just kept building for Adler, at an accelerating pace. “We put a board together,” he recalls, “and its first recommendation was that Liz and I not only join PMA but actively participate, starting by attending each and every PMA annual meeting. That was not a suggestion—it was a requirement,” Adler stresses.

Stripmatic’s growth—sales grew by 500 percent from 1992 to 1997—can be directly attributed to many of the strategic moves the Adlers made as a result of sharing knowledge gained through PMA membership. Hence his theme for 2013: Sharing Knowledge, Shaping the Future.

“The PMA Benchmarking Report provided our management team then, and still does today, opportunities to improve our efficiencies, quality and other metrics,” Adler says. The report allows managers to assess their company’s performance and compare its competitive strength in the industry. It features in-depth analysis of key management, productivity and quality performance measures, with information organized by best in class, industry average and profitability.

One Key Measure: Sales per Employee

“Early on, we gained an appreciation for the importance of measuring and improving one of the numerous measurables PMA tracks with the benchmarking report—sales per employee,” Adler says. “We examined where our costs were and pledged to focus on and expand our most profitable processes. While the company for a long time manufactured washers as well as wrapped tubes, we made the strategic move to shift all of our resources to the much-more profitable business of manufacturing wrapped tubes, and that’s what jump-started the company.”

In 2000 the firm kicked up its efforts to further grow sales per employee, “to try to stem the offshoring tide to Asia being experienced by so many metalformers, including Stripmatic,” Adler says. The results speak for themselves: back in 1992, sales per employee were $97,000; the figure stands at $260,000. The catalysts for the productivity push: Investing in metalforming electronics, heeding the call of sensor specialist George Keremedjiev, long-time contributor to PMA seminars and MetalForming magazine.

“Prior to contracting with George, we were running much too slowly,” admits Adler. “We had to improve our productivity and George reviewed our pressroom activities, helped me get comfortable with sensor technology and made me understand the productivity gains we could realize using sensors. We established an inhouse sensor lab, trained a technician and installed sensors on all of our dies.”

As a result of the sensor program, average press speed doubled from 35 to 40 strokes/min. to 60 or more strokes/min.; some presses run at 120 strokes/min., while die crashes went from an average of three or four per month to two or three per year.

In addition to the PMA Benchmarking Report, Adler explains the value gained from the knowledge shared by other PMA executives when networking at industry events, seminars and tradeshows. He mentions pressroom safety as one area where the knowledge gained from networking has made a difference in day-to-day operations at Stripmatic.

“In the mid-’90s we decided we had to address press-safety concerns,” he says, “and so with every opportunity to meet with our fellow PMA members we’d discuss the various techniques and products available for protecting our operators,” he recalls. “That has led us to continually invest in new barrier guards, light curtains and other safety products out on the floor.”

Executive Networking Group an Informal Board

Networking and exchanging ideas with peers amongst PMA’s company executives hits full stride when members enlist and participate in the association’s handful of networking groups. Count Adler in. He became a charter member in a PMA executive-networking group 15 years ago, and says it’s been one of the most valuable benefits of membership. The value: sharing ideas and learning along with 20 or so other metalforming-company executive from across the country, and from a variety of industries including sheetmetal fabricators, short-run stamping and automotive-parts manufacturing.

“The networking group serves almost like an informal board of directors,” says Adler. “We use it as an early warning system to keep up with industry trends and gain advance notice of issues that might impact Stripmatic down the road. With that type of critical knowledge we can plan ahead and adjust accordingly to what might be coming down the road, rather than reacting frantically when issues hit unexpectedly.”

What types of issues has Adler’s early-warning system detected? Adler, noting that most of the companies in his networking group are significantly larger than Stripmatic, cites cost-reduction requirements as one example. “I’ve learned of cost-down notifications from my networking-group peers three months ahead of when I might have if we were not PMA members,” he says. “That’s given us plenty of time to ‘soften the blow’ and minimize the impact on our company.

“In another instance,” Adler continues, “we caught wind from the group of a new OSHA crackdown on noise and mist levels ahead of an audit. I called in the Ohio Industrial Commission to work with us and preempt any OSHA action.”

Adler also cites the guidance and suggestions received from his networking-group peers when Stripmatic underwent TS16949 registration proceedings. “A couple of the group’s members led the pack with TS registration, and shared a lot of useful advice on best practices,” Adler says. “That saved us considerable time and money during the process.”

Innovation the Perfect Partner to Knowledge

Another benefit of PMA membership for Adler and Stripmatic, and in particular to belonging to a tight-knit networking group, has been the opportunity to tour the manufacturing facilities of other member companies. “Those tours als offer useful insights into how new innovative technologies are impacting the metalforming industry,” Adler says. And innovation shines bright at Stripmatic, illuminating the path to future growth. Following the company’s move last year to its new home on Cleveland’s south side, Adler invested in a new 300-ton Aida servo-mechanical press, and in a 2-kW automated laser-welding cell from Lincoln Electric.

“Our business plan is focused on continued development of our wrapped-tube manufacturing process,” says Adler. “The servo press and laser-welding cell will greatly expand our capabilities there.”

Stripmatic’s previous 200-ton press capacity limited tube-forming diameter to 2.75 in.; with the servo press the shop will be able to form tubes to 6-in. diameter. “We can run that press with a 10-in. stroke on one job, and then quickly switch to a 4-in. stroke,” Adler says, describing the versatility that the innovative servo technology provides. Another benefit: “Press-stroke control is greatly refined,” Adler says, “so we achieve tighter fitup tolerances at the seam, allowing us to laser-weld the tubes.”

Adler’s thirst for innovation and knowledge has been quenched via numerous PMA functions—seminars, tradeshows, MetalForming and Fabricating Product News magazines and other products. During his time at the association’s helm, he pledges to encourage more.

“The association can help members identify the technology innovations that will move us forward. And, its events provide opportunities to network with the best suppliers in the industry, who can educate and counsel us,” he says. “We’ll add programming on automation, linear servo motion, automated parts handling and inspection, laser cutting and welding, waterjet cutting, and robotics. PMA must take a leadership role in driving technology and innovation into our companies.”

“During the last few years, the industry and PMA have recovered well from the recession. We’re engaging members in new s, and will continue to do so. We’ve had the right leadership at the right time—patient and reflective chairs such as Gretchen Zierick and Bob Clay that led us out of the recession in 2010 and 2011 (respectively). And, 2012 chairman P.J. Thompson, who emphasized the need to train and prepare our industry’s middle-management executives, spearheaded PMA’s founding of the Middle Management Academy (MDA). The MDA held two well-attended training sessions in 2012 and will continue its work in 2013 and beyond, beginning with a training event scheduled for May 5-7, 2013, in Cleveland, OH. 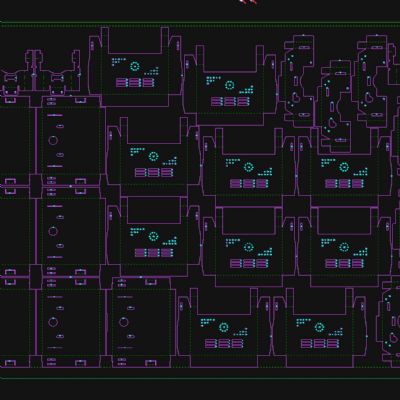 
IIoT for the Fab Shop: Connect , Measure, Analyze and Improv... 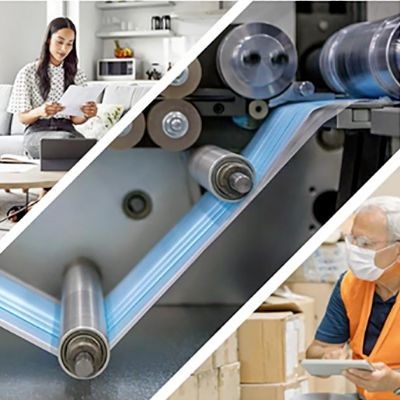 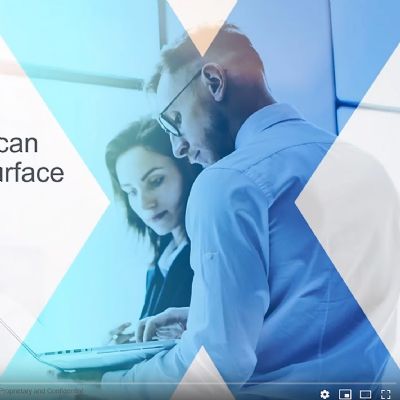 
How Spend Analytics Can Help You Mitigate Risk & Surface Sav...