Do You Smoke? How to Get Life Insurance at Nonsmoker Rates

If you, a loved one or someone you know smokes and needs life insurance, you’ll not only enjoy this true story, but will want to learn how to achieve the same good-news results.

The hero of this story is Kelly, an insurance consultant who, on behalf of her clients, searches the market for the best insurance company and policy (type of coverage, cost and other policy features) to fit their needs.

The story has a 30-month timeline with several key dates. The first: March 2012, when Joe, owner of a family business (Success Co.), sought to purchase $4-million universal life policies for his two sons—heirs to Success Co. The purpose of the policies was keyman insurance and buy/sell protection. With a preferred rate classification out of the question, the best Kelly could get for one of the sons, Sam, was a standard tobacco policy with North Ins. Co., carrying an annual premium of $44,540.

Not satisfied, Kelly submitted an application to South Ins. Co. under its Quit Smoking Incentive Program. This program allowed Success Co. to pay standard nonsmoking rates, $34,981 for the first three years of Sam’s policy. If Sam did not quit smoking during those years, premiums would skyrocket to $67,119.

Sam’s reward, if he remained a nonsmoker during the three years, would be the lower annual rate, permanently. Kelly implemented the South Ins. Co. policy.

On May 10, South Ins. Co. removed the “tobacco rating” from the policy and permanently applied nonsmoker rates ($34,981).

On May 17, Kelly explored the possibility of preferred nonsmoker rates for Sam. Because he had been cigarette-free only for 15 months, and also due to being overweight, preferred rates would not be available for about one more year.

Nearly a year later, on February 15, 2014, Kelly again contacted Joe. Good news—not only had Sam remained tobacco free, but he had lost some weight. Kelly initiated the underwriting process and sent Sam’s medical history and other required information to East Ins. Co. Her goal: Attain preferred nonsmoker rates at an annual premium of $24,688. Instead, East Ins. Co. offered standard rates. Kelly thought she could do better and decided to continue the search for a better offer/rate class.

Unfortunately, on June 27, 2014, Sam was diagnosed with sleep apnea and an incident of atrial fibrillation. With the hope for a preferred rating squashed, Kelly instead was able to locate a standard nonsmoker rate with West Ins. Co. with an annual premium of $26,200, implemented on September 5, 2014.

Among the lessons learned:

• If you are a smoker and determined to quit (forever), find an insurance consultant who will take the time to follow up and search the market to get you the best policy.

• If you conquer additional medical conditions, premiums often can be lowered (usually after five years of no symptoms) on individual or second-to-die policies.

• If you have existing policies and either of the issues described above, find an insurance agent who will take the time to locate a policy with the same dollar amount of coverage at a lower premium.

Have a question about your insurance coverage or want to have your current insurance portfolio reviewed? Contact me at 847/674-5295, irv@irvblackman.com. MF 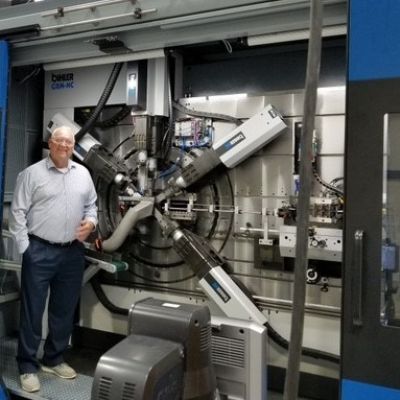 
What Have You Been Reading?