While servomechanical presses, as well as fixed-stroke straightside presses, have their place, many metal formers use servo only for their ability to run in pendulum mode and employ a shorter stroke, increasing stroke rate. Sure, optimizing stroke length and increasing press speed certainly are worthy goals for any metal stamper. Yet the production team at metal former Art Metals Group, Fairfield, OH, sought a different mouse trap to achieve those goals, and found one with an adjustable-stroke, conventionally driven inclined mechanical press. 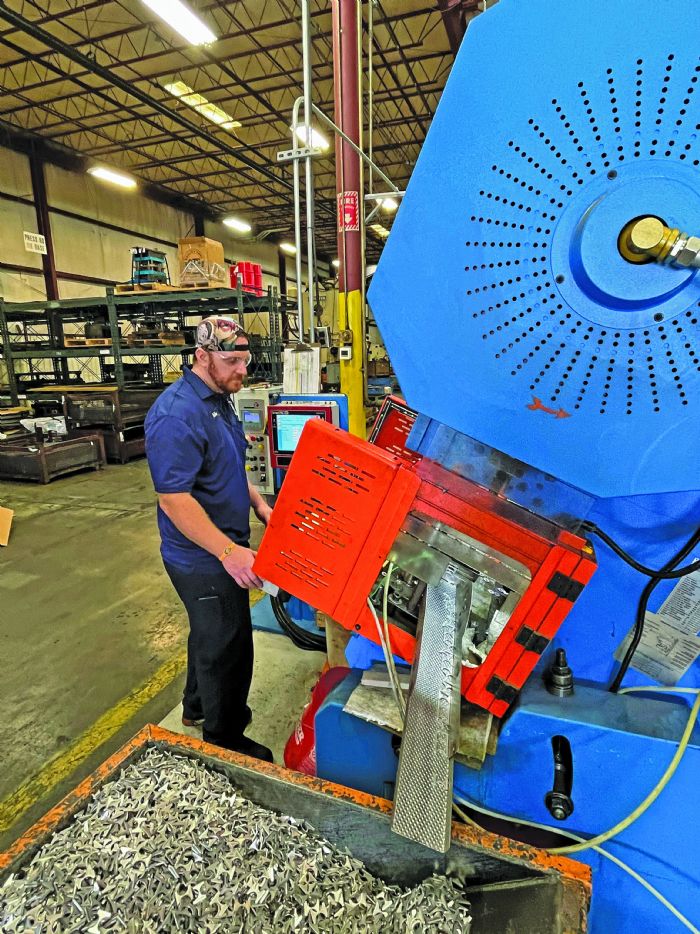 “Our new press (a 50-ton Sangiacomo) employs an eccentric-geared design that allows us to select from among eight different stroke lengths,” says Chad Wyan, director of engineering at Art Metals. “In 2018, we started to notice that customers more frequently were asking us to quote small washers (0.5- to 2.5-in.-dia.) in lower volumes, often with complex design features, and we knew that we had to reduce our tooling costs and lead times to earn that business. This new press, combined with an optimized die design, provides unique capabilities that we now can leverage.”

Washer production accounts for some 25 percent of Art Metals’ work, and the firm finds its customers more often quoting specialty washers at lower volumes and moving away from more typical flat and conical styles, explains Brian Childers, the firm’s senior director of sales and marketing.

“These newer specialty washers,” Childers explains, “primarily for automotive applications, often require design features such as ribs to help improve fastener retention when installed. We’re even seeing requests for dual-chamfer washers, and features such as coined channels to allow coolant flow through the washer. And, we have customers manufacturing hydraulic equipment looking to move away from machined washers to stamped.”

Searching for the Right Press

The key to opening the door to these new lower-volume higher-mix and complex jobs laid in the firm’s search for the right press to add to its lineup.

“We needed the flexibility to run a wide range of part sizes, along with maintaining our commitment to our customers to provide tight tolerances on concentricity, a critical spec,” says Childers. “To hold those tolerances, we typically use compound blank dies. With these, the parts eject from the center of the tool, so that when the die opens each part is blown out in the middle. 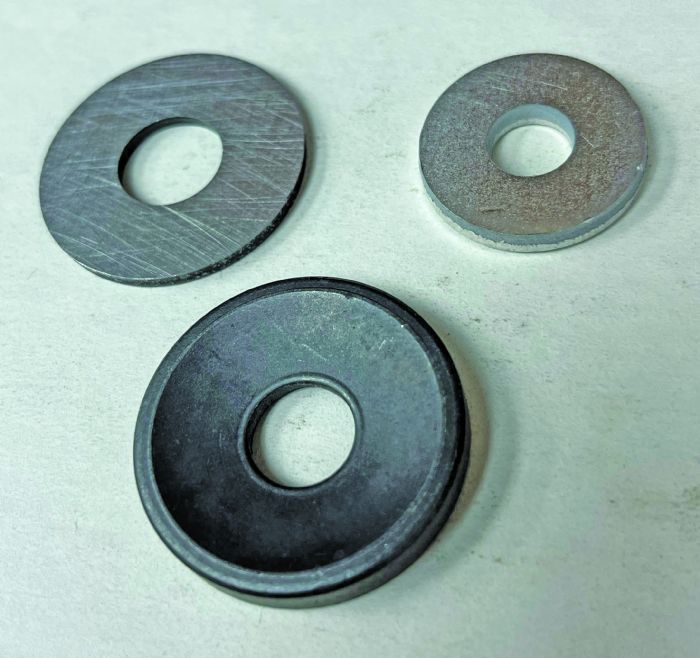 “With this new press,” he continues, “we felt that an inclined model offered the best solution for part ejection and allowed us to run at a higher stroke rate than we could on our existing straightside presses.”

Since installing the new press in October 2020, that’s exactly the improvement in productivity the firm has experienced.

“While we’ve mainly been using the press to run new low-volume work, in the neighborhood of 1 million pieces/yr., versus tens of millions for traditional higher-volume washer orders,” explains Wyan, “eventually we plan to move over some of our existing work, as those legacy high-volume dies require service and rebuild.”

Childers notes that the new press has allowed the firm to capture a lot more sales, “as now we’re more cost-competitive on lower-volume jobs,” he says. “And, some customers have told us that they were having problems sourcing low-volume jobs, so we’ve seemingly addressed an industry-wide challenge. And, with new customers sourcing lower-volume jobs, they’re now coming to us with high-volume work as well, which is icing on the cake.”

From the die-design perspective, changing out a conventional multiple-part-out die can take as long as 90 min. on the firm’s conventional straightside presses, lost press time Wyan and his production team sought to avoid on the newer shorter-run jobs it sends to its new inclined press. That led the firm to develop a single-part-out tool for the press that allows it to swap out certain die components and inserts as it adjusts the tool from one part number to another.

“We developed the tool design inhouse and had it built at a local die shop,” Wyan explains. “We can use the tool to stamp blanks for several different part numbers, some of them specialty washers. The blanks then move to our coining presses to form the unique features that our customers specify.”

Coil-fed (from a Universal Feed coil line, formerly Feed Lease), the new press processes aluminum grades as well as three grades of carbon steel, from strip 4 in. wide and narrower. Feed length is automated through the part program on the press control. The die also is equipped with in-die sensors to detect part-out and double-sheets (a slug or if a portion of the tool fails).

“Honestly, it’s a slick tool design,” Wyan says, “that allows the press operator to not only change the tooling at the press, but should he need to take it out of the press to perform additional servicing, it’s only four bolts on the bottom and four bolts on the top. And, it’s small enough so that one person can load it onto a die cart and work on it, enabling fast changeover.”

“We did consider a servo press,” Childers admits, “but the price was a concern. And, the inclined-press design was a need based on our history here with straightsides. The incline makes the press more user-friendly in terms of getting the parts out without ricocheting and potentially damaging the tooling.”

“We try to run a family of similarly sized parts back-to-back to minimize die-insert changeovers,” Wyan explains. “We have parts that run at 12 mm, but not at the high end; 90 mm is about as much as we need right now, but we see an opportunity to bring in larger parts. We wanted to outfit the press for future work, eying new business opportunities where we might need more stroke length than we need currently.”

“We also worked with Sangiacomo to discuss what part-size ranges we were seeing with our quotes, which also dictated the specs of the feed line,” adds Childers. “We were quoting a little thicker material than Sangiacomo was used to feeding, because we sometimes need to stamp short, thick washers, and other times large thin washers—quite a variety—and we try to accommodate that whole mix. That’s what led to the decision to use a Universal Feed coil line.”

A Perfect Complement to a Lean Strategy

Wyan and Childers have found the press to fit perfectly into the facility’s drive to become lean, as it’s been busy conducting lean training for its associates, including instruction on quick die change. Along with staging dies and material for subsequent jobs in the queue and equipping die carts with all of the tools needed for changeovers, the firm has prepared work instructions for changeovers. Changing out the 200-lb. die that runs on the Sangiacomo, “we can place the die in the press, set it up and have it running in 20 min.,” Wyan says.

“It’s a fun press to run,” he adds, “and we even can adjust the speed of the press while it runs, which proves helpful when we’re trialing new dies. We can start at 80 strokes/min., for example, then bump it up to 85 or 90 and watch how it runs, then ramp it up to 120 or 140 strokes/min., then adjust it back down if we need to, should part-quality issues arise. However, oftentimes the faster we run the cleaner the cut when we’re blanking. We’re within 0.001-in. repeatability with this press; the precision is there.” MF 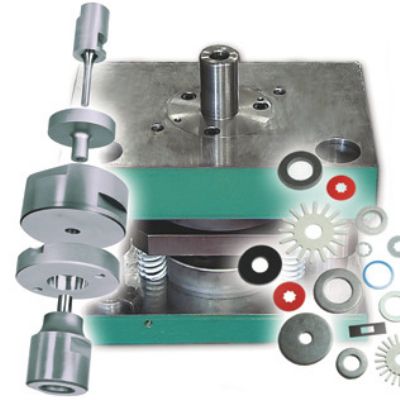