When an OEM—or any manufacturer really—outsources metal fabrication to vendor partners, its quality-control department must inspect incoming fabricated parts and assemblies, compare the receivable goods to the purchase order, review material-traceability reports, and ensure that the goods meet quality standards (internal and those of the end customer). While certain advantages certainly can be gained by outsourcing work to companies specializing in certain forming and fabrication processes, compared to trying to develop core competencies in every process, the time and labor consumed in outsourcing the work and then verifying incoming quality can be difficult to overcome. This is especially true when considering the added lead time built into outsourcing fabrication/pre-fabrication processes, and the lost flexibility in production scheduling that can hamstring a manufacturer trying to react to rapidly evolving customer needs. 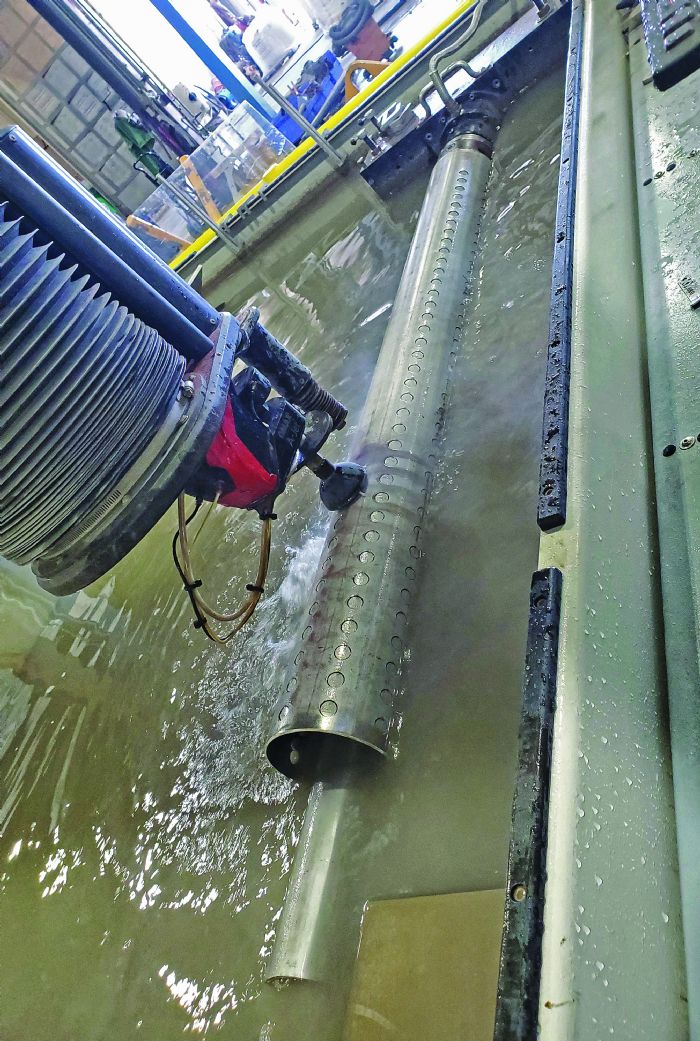 Such was the case at wastewater-treatment-system manufacturer AvanTech, with inhouse engineering and project-management teams loaded with expertise in solid- and liquid-waste and water-treatment systems. Those teams now are buoyed by a  substantive team of skilled tradespeople with expertise in every facet of fabrication, including forming and welding.

“We primarily serve the nuclear-power industry with water-treatment technology,” pre-fabrication manager Harrison Coleman tells MetalForming, “to help keep nuclear power a safe, reliable and cost-effective source of electricity.  Our manufacturing advantage as a supplier helps to reduce costs to the industry. We fabricate 99 percent of our products inhouse—most recently cutting out the middleman or subsuppliers with the debut of a new waterjet cutting machine.”

From its 122,000-sq.-ft. headquarters manufacturing facility in Columbia, SC, the firm fabricates an array of containers, pressure vessels, dewatering systems, skids, lifting devices, decontamination systems and more. With the support of sister plants in Knoxville, TN (25,000 sq. ft.), and Richmond, WA (36,000 sq. ft.), it sends treatment systems all over the continent, and the world, including supporting the safe shutdown and restoration of the Fukushima reactor in Japan.

Most often the AvanTech pre-fabrication (cutting and forming) department and fabrication team (welding) work with structural and carbon-steel sheet and plate, ¼ to 2 in. thick, “although we have cut carbon steel to 6.5 in. thick on the waterjet,” Coleman says. “And, we also fabricate plenty of stainless steel, including duplex grades.  We use the waterjet on just about every job that runs through this shop.” 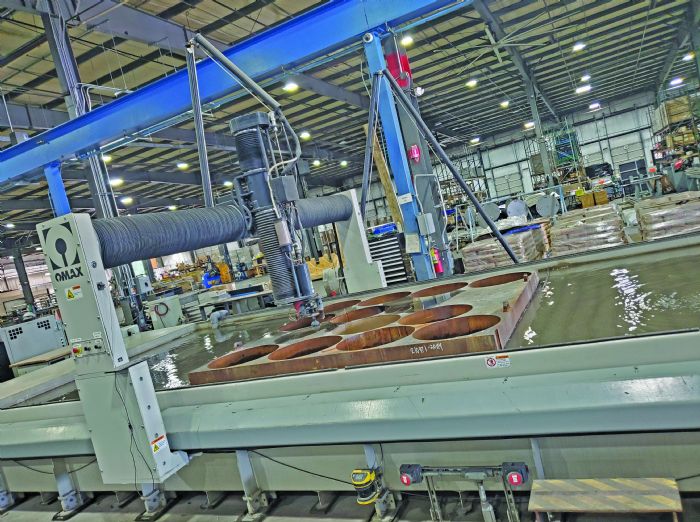 As many as 20 projects can dot the shop floor in some form or fashion at any one time, some taking as long as 4 to 5 months to complete, “and often waterjet cutting is the first step,” Coleman shares, “so bringing that process inhouse has been critical to minimizing our lead times and optimizing our ability to react to customer needs.”

AvanTech installed its waterjet machine (an Omax 120X Series JetMachining Center) in mid-2021, and it’s been a workhorse ever since, often running two shifts/day. “In fact, when our Omax rep recently visited he noted that the machine had logged 5 yr. worth of cutting time in just 1 yr.,” Coleman notes. 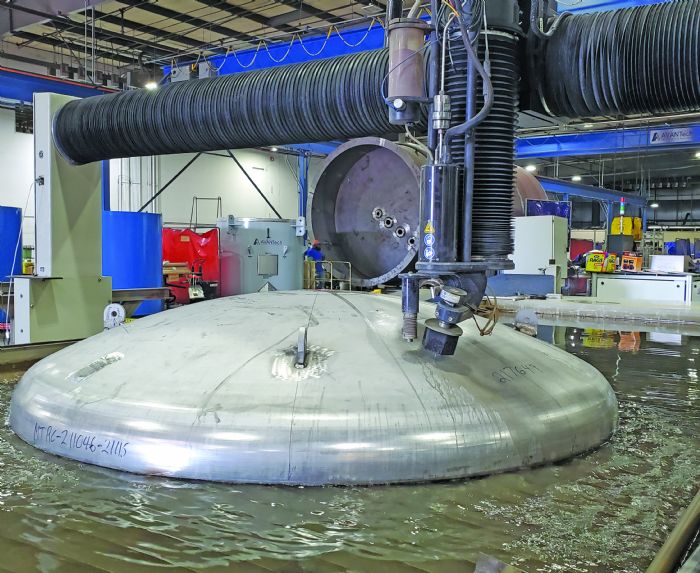 “We fabricate a lot of pressure vessels, as well as lifting lugs, gussets and other little pieces that we assemble to the vessels,” says Coleman. “Tube and pipe sections, too, and prior to the waterjet machine we often would hand-cut and manually drill holes rather than send the work outside. Now with the waterjet we can efficiently, and with much greater quality, provide our welding department with precision-prepped weld edges, making the welding process more efficient and also with optimum quality.  I’ve cut domed vessel heads on the waterjet where the welders didn’t have to perform any edge grinding on the weld joints prior to welding.”

Dimensional accuracy from the machine, driven from the Omax IntelliMax software (CAD, CAM, and process and machine parameters) is a given, Coleman says.  “And often, within a day of entering a job into our production system, we can be cutting parts on the Omax,” he adds, “compared to a week or more when we outsourced the work.”

While the firm has a dedicated programmer using the IntelliMax software in the engineering office, two operators have been trained to program the cutting machine on the shop floor. They simply input into the machine control the material type and thickness, workpiece-to-mixing-tube offset and the required cut-quality level, and the control software calculates cutting speed.

While AvanTech bought the machine primarily to cut pressure-vessel and container plate and domed heads, it also equipped the machine with a rotary axis, useful for cutting and drilling holes in tube and pipe.

“Just this week we cut three 1-in.-thick domed heads and used the machine to cut out holes to accept three nozzles in each of the heads rather than task our welders with cutting those holes,” Coleman says.  “Just the cut time on that alone saved our welders three days in terms of laying out a head, using a flame-cutting torch to cut the holes, and grinding to prep weld edges. With the waterjet we had the job completed in less than one shift.

“In another recent case, we had a big project fabricating large steel plates assembled into an 8-in.-thick shielding vault,” he continues, “used to store containers of radioactive waste. The vault required tight tolerances and intelligent stacking of the plate sections to prevent radiation leaks. That job would have been far more difficult without waterjet. Each plate was 2 to 4 in. thick and was stacked in a stair-stepped pattern. We waterjet-cut all of the plates and they fit together like a glove, with nice tight weld joints. If we had outsourced that job to a shop, whether using waterjet or plasma cutting, costs and lead times would have significantly increased.

“We see the waterjet as a great competitive advantage,” he adds.

Originally, Coleman had estimated a 2.5-yr. payback on the machine investment, but being that it’s running as much as 60 to 70 hr./week, “I’m sure that is considerably shorter now,” he says. MF