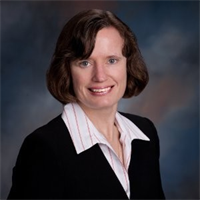 In the world of waterjet cutting, Q5 represents the pinnacle of edge quality—defined as kerf edge condition. Q5 cuts are free of striations and noted for their smooth, sanded edge. A Q5 part is ready for primetime; you would be proud to place it in your lobby display case.

Achieving Q5 certainly is not als necessary, but when it is, many variables come into play, from machine design and software to selecting the right garnet and orifice/nozzle combination.

We spoke with several waterjet-cutting industry experts for advice on achieving Q5 cuts. They are:

Editor’s note: While most waterjet manufacturers refer to Q5 as the best edge quality, some use an opposite numbering system, referring to Q1 as the best and Q5 as the worst.

If your business depends on holding tight tolerances, it is essential to invest in a system designed specifically for maintaining high accuracy. For these demanding applications, Jet Edge’s Bradley Schwartz recommends a bridge-style gantry system.

“Only bridge gantries with precision-ground ballscrews (dual-side direct drive) with CNC control over a fast communication system, mapped via laser at the factory, can hold high tolerances over time,” Schwartz notes. “Low-cost entry-level systems typically feature a cantilever or rack-and-pinion design powered by a direct-drive pump or a bare-bones intensifier pump. These are not meant to be high-accuracy machines.”

Most waterjet machines are available with computer-controlled taper compensation, which produces high-quality parts by eliminating the taper generated when the waterjet exits the part at a different angle than it entered.

“Technology written into good cam software is critical,” he says. “When geometry transitions, the associated feed rate must transition as well. Ramping refers to the segmenting of these transitions and inserting feed rate in steps or percentages to blend the transitions. The geometry is created without these segments; they are added automatically by the software. This proves critical to lead-in/lead-out areas and how they blend to the entities they are entering and exiting, transitions from lines to arcs, arcs to arcs, and sharp corners, etc.”

To maintain consistent quality, have your waterjet-cutting machines recalibrated periodically by an experienced technician using certified laser-calibration equipment (such as a Renishaw telescoping ballbar system) to verify motion-system tolerance.

“Pegasus Northwest, for example,” says Schwartz, “recalibrates its cutting machines a few times throughout the year. While calibrating a machine calibration typically requires a skilled technician, Pegasus has trained its own inhouse technicians to do the work, and has invested in the necessary equipment.”

Quality garnet is essential to quality cutting. That’s why Pegasus Northwest advertises that it uses only the highest-quality garnet.

“Garnet quality is als key,” adds Schwartz. “Once you get used to operating with a certain garnet grade/quality, trying to switch to a different type of garnet typically creates problems with a number of process variables.”

“More angular grains of garnet have sharper edges. This allows for cleaner cuts and better control. Usually, crushed garnet has sharper edges than alluvial garnet because alluvial garnet has had the sharp edges rounded a bit by the processes that eroded the crystals out of the host rock and transported the garnet grains into beach sand or gravel deposits.

“Using the proper mesh size also is important,” Meyerholtz continues. “Mesh sizes identify a particle-size range or sometimes an average grain size present in a particular product. A smaller mesh number indicates larger grain sizes. The finer the average particle size the smoother the edge quality of the cut and the more precise the control. However, cutting speed will be slower, since larger particles cut faster. Most shops try to achieve the best combination of cutting speed and edge quality. A #80-mesh garnet provides a nice combination of speed and control, while a #100 or #120 mesh will cut more precisely but at a lower speed. Likewise, a #50 mesh will cut more quickly but will leave a rougher edge and wider kerf.”

Meyerholtz reminds metalformers to be mindful of production costs when selecting garnet.

“Look for the best combination of attributes that will minimize overall production costs, including the cost of cutting and of additional workpiece finishing. If you cut quickly but the workpiece requires excessive edge finishing, overall costs will rise. Likewise, if you cut with cheap garnet and sacrifice time and productivity during cutting, you may not achieve the lowest overall production cost. Cut control, cut quality and productivity are best served by using good-quality, clean garnet.

“Almandite garnet offers the best combination of (high) specific gravity and hardness,” Meyerholtz continues, “to efficiently deliver cutting energy to the surface of the workpiece. The garnet should be clean—very low content of other minerals and free of clay and other slimes. The combination of grain sizes should be consistent, with no oversize particles to plug nozzles or feed systems. And, the product should be dry and flow freely so that it feeds through the system smoothly.”

“Using the proper amount of garnet also proves critical to making quality cuts,” adds Pavlov. To determine the correct amount of garnet for a particular cut, consult your manufacturers’ cutting parameters and perform a test cut.

For these reasons, Pegasus Northwest uses diamond orifices exclusively. This gives the fabricator an edge over its competitors, says Pavlov, as it demonstrates a commitment to quality.

“Diamond orifices last longer than any other gem,” he notes, “and they don’t grow out of tolerance as quickly as other orifices—ruby orifices, for example.”

Van Hatcher maintains that quality orifices are essential to a waterjet shop’s reputation.

“Users of waterjet-cutting machines shouldn’t risk their capital-equipment investments and their company’s reputation by using cheap, unreliable orifices,” she says.

Van Hatcher explains that a diamond’s hardness gives it a distinctive edge over other alternatives such as corundum, otherwise known as ruby and sapphire. She notes that ruby and sapphire are made from the same material; a trace of chromium causes the ruby’s red pigment.

“Because diamond is the hardest material known on earth, waterjet operators can rest assured that their diamond orifice will maintain its internal geometry for hundreds, even thousands of hours, and consistently provide predictable, efficient cutting,” Van Hatcher says. “Orifices made from corundum slowly erode internally and externally, so that the waterjet degrades and the jewel eventually becomes useless. Further, due to its atomic nature, the wear pattern and life of a corundum orifice proves unpredictable.

“Unpredictability means that the orifice may fail within seconds of installing it, or in the middle of an important cut,” continues Van Hatcher. “Diamond orifices allow users to spend their time operating their waterjet systems, rather than maintaining them.”

Of course, not all diamond orifices are the same.

“A common misconception is that all diamond products are of equal quality,” Van Hatcher notes. “In actuality, poor-quality diamond orifices typically contain sharp edges that result in localized stress (stress risers) at each sharp corner. If not removed, these stress risers can lead to failure when concentrated stress exceeds the material’s cohesive strength.”

“To identify a lesser-quality diamond orifice,” she suggests, “check to see if it is mounted with a powder alloy sintered around the diamond. This mounting style will often erode prematurely under high pressure, causing seal leakage, misalignment of the jet stream and orifice failure. Also seen in lesser-quality diamonds are inconsistent inlet flares and cone-shaped inlet geometries. Inconsistent inlet flares are more susceptible to damage, decreased jet-stream coherency and inconsistent flow rates and cutting accuracy.”

Conversely, high-quality diamonds will prevent premature material fatigue by minimizing stress concentrations, while incorporating the highest quality mounting processes and materials. To obtain the longest life from a diamond orifice, Van Hatcher urges waterjet operators to use a diamond guard filter to collect debris that will inevitably come through the high-pressure lines and impact the orifice edge.

Also helping to justify the investment in a diamond orifice is increased cutting speed; reduced downtime; elimination of scrapped parts and material; longer life to the peripheral equipment such as expensive mixing tubes; and less wear and tear on the entire system.

Regardless of the orifice type selected, metalformers must take care to monitor the condition of the orifice, nozzle and mixing chamber. Says Schwartz:

“Take note if the feed rate used to produce good parts dips below 100 percent. It’s best to verify orifice quality by removing the nozzle and mixing chamber and inspecting the quality of the waterjet stream as it shoots through the cutting-head body. Nozzle wear is seen as rifling down the bore, when the wear pattern becomes obround.

“Mixing-chamber wear is critical as well,” continues Schwartz. “While the orifice and nozzle may be new, a worn mixing chamber will create a vacuum that affects the abrasive rate. Als try to keep the abrasive rate at the parabolic peak (Fig. 1).”

Pavlov also advises waterjet operators to use the correct orifice and nozzle combinations for the job at hand; consult the manufacturer’s cutting parameters for suggested combinations.

Pavlov reminds waterjet operators to ensure that the workpiece material is adequately secured to the cutting table. This can be achieved with clamps or weights; just take care to avoid locating them in the cutting path, and to account for their location in the cutting program.

To protect material from fogging, waterjet operators often place the workpiece material on top of sacrificial material such as corrugated PVC, rather than placing it directly on the slats of the cutting table.

Tip 7: Cut at the Recommended Speed

Higher-quality parts generally require lower cutting speeds, but to be productive, shops must aim for the highest level of quality at the fastest speed. To determine the proper speed, consult your waterjet manufacturer’s recommended cutting parameters.

In recent years, several waterjet-equipment manufacturers have introduced 90,000+ PSI waterjet intensifier pumps. Cutting at these extreme pressures brings numerous benefits, including as much as a 50-percent increase in cutting speed, a 40-percent decrease in garnet consumption and, in some cases, a slight reduction in taper.

Smart waterjet operators use their manufacturers’ cutting parameters and run test cuts to determine the optimum pressure to maximize productivity and cost-effectiveness for a given application.

Keeping waterjet-cutting systems well-maintained is by far the most important task a metalformer can perform to help ensure success. Pavlov reminds users to regularly check their machines for leaks at the pump and at the cutting head.

Further, Schwartz advises metalformers to follow their manufacturer’s maintenance guidelines and to take advantage of free maintenance training, when offered by the manufacturer.

“Metalformers that take the time to cut test parts, particularly when fabricating a new material type or thickness, will save time and material in the long run,” summarizes Schwartz. “Cut a part, measure it and make an educated decision on cutting parameters. We recommend cutting test parts that demonstrate every scenario: inside squares, outside corners, inside radius, outside radius and kerf cuts where you would adjust cutting speed from slow to fast for kerf angle (Fig. 2).”