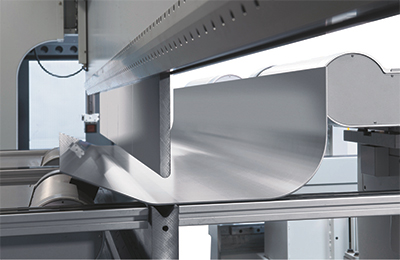 KHI in Japan is a key partner in production of the Boeing 777X, the successor to Boeing’s 777 aircraft. The 777X is slated to become the largest and most efficient twin-engine jet in the world, according to Boeing officials.

The Synchro-Form press brake meets tight tolerance requirements demanded on this application as well as the need for complete automation, according to LVD Co. officials.