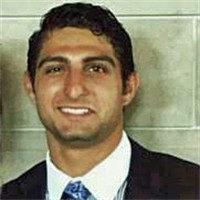 Capacitor-discharge welding (CD welding) has received a great deal of attention in recent years. The main contributor: the challenge of welding advanced high-strength steels (AHSS) and the demand for AHSS in the automotive sector. Although driven mainly by automotive, CD welding has made its way into many other industries, mainly with a heavy focus on fastener welding. Companies performing fastener welding should consider multiple-pulse CD welders due to their versatility, minimized rework of threaded fasteners, improved strength per projection material utilized (material efficiency) and the ability to improve part fitup.

To better understand multiple-pulse CD welding, it’s best to start with the basics regarding all CD welders. With CD welding, a form of resistance welding, capacitors deliver weld current to the part. Capacitors are charged with large amounts of energy. Then, while isolated from the grid, the energy releases rapidly into the parts within milliseconds (Fig. 1). This leads to fast and consistent welds independent of a potentially fluctuating power supply.

Multiple-pulse CD welding functions similarly. Capacitors are charged in parallel, then discharged in isolation from the grid. However, multiple pulses introduced into the CD system increase the number of variables, causing a drastic increase in the range of potential schedules. With most single-pulse CD systems, a user can modify the charging voltage of the capacitor, which represents the only variable. With multiple-pulse CD systems, additional capacitors are introduced into the equation.

The addition of pulses produces n-1 time variables, where n represents the number of available pulses. The time variables represent the time intervals from weld initiation to the firing of each individual pulse. Fig. 2 demonstrates a four-pulse capacitor discharge-current curve and helps explain the key role that time plays when more than one pulse is introduced into the system. As time increases between the first and second pulse, the apex of the second pulse will shift to the right and decrease. The apex will decrease because the current from the first pulse has more time to dissipate into the part. Thus, the circuit will have less current available to add to the peak current of the second pulse. The opposite occurs as the time interval decreases. As the number of pulses increase, the compounding effect becomes increasingly noticeable, as indicated by the peak of the fourth pulse.

Clears Impurities With the First Pulse

The versatility of multiple-pulse CD systems is demonstrated on the side member of a SUV as shown in Fig. 3. Due to the wide range of possible schedules, all four sizes of weld nuts were able to be welded to coated AHSS with the same CD welding machine. This was achieved by strategically coupling the four available pulses. The capacitor with the smallest capacitance was used first to provide a low-energy pulse for removal of the coating and any surface impurities without achieving any bonding. Then, the second, third and fourth pulses provided the energy necessary to achieve the solid-state bond. Utilizing the first pulse only to remove undesirable surface conditions and initiate heat generation without creating a bond has proven to be advantageous when welding AHSS.

In addition to versatility, multiple-pulse CD welders can provide an advantage over single-pulse CD welders when welding threaded fasters, by reducing the need for thread rework. Due to high current density at the contact surface, resulting in a rapid temperature rise above the steel’s evaporation temperature, CD projection welding produces bonding without a liquid phase, which can reduce macro-spatters. The resulting metal vapor, forming a mist of micro-spatter, activates the surfaces by removing boundary layers that then are compressed to atomic distance by electrode force and heat input, thus forming a solid-state bond.

Applying excessive peak likely will form macro-spatters in addition to micro-spatters. Macro-spatters disrupt the integrity of the weld nut threads and weaken the resulting joint. In conventional single-pulse CD welding, more common is the need for excessive peak current to ensure enough overall energy to complete the weld. When incorporating multiple pulses, total energy input (the area under the current curve) can be increased without the need for excessive peak current. Fig. 4 demonstrates how multiple-pulse systems enable an operator to increase the total energy input without extending beyond the necessary peak current to produce a quality bond.

Lastly, key to quality projection welding is good fitup. Often, all projections on a part will not be the same size, thus all will not contact the workpiece. One advantage offered by a multiple-pulse CD welder: improved fitup. A small first pulse can be used for proper seating of all projections. This ensures good fitup prior to releasing the main welding energy into the workpiece. This ability to set down projections slightly before firing the main energy source increases the window for error of not only the weld parameters but also the tolerances on the projection sizes.

Companies performing fastener welding should consider multiple-pulse CD welders for consistency and versatility. As advancements increase the strength of these advanced steels, CD welding will become more widely used. Investing in a CD welder with multiple pulses versus a single pulse will set up a company for the future and not just for one job. MF 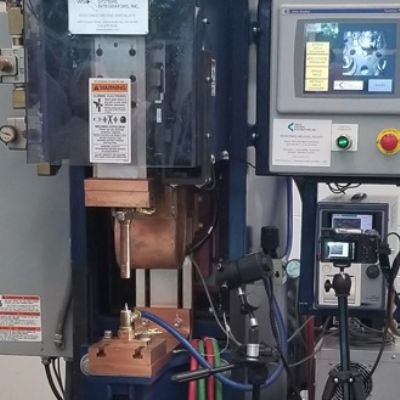