Deep drawing, a sheet metal forming process designed to produce hollow shells, was developed in the mid-19th century. Since that time, much has been published regarding deep drawing dies and processes, but very little can be found regarding its origin.

Oberlin Smith, a 19th-century industrialist best known for publishing one of the earliest works on magnetic recordings, provides a glimpse into the birth of deep drawing in his 1896 treatise, “Press Working of Metals” (Wiley & Sons).

“It is, moreover, a comparatively new process,” he writes, “probably dating back not more than 50 or 60 years. As near as I can learn, it was first used in America by Mr. Grosjean of New York, who informs me that he thinks it was practiced in France over a half a century ago.”

Smith makes no additional reference to Grosjean or his identity. An exhaustive internet search led me to two French immigrants, Charles Lalance and Florian Grosjean, who formed L&G Manufacturing Co. in the 19th century near Brooklyn, N.Y. The company started producing porcelain-enamel-covered iron cookware between 1863 and 1870, one of the first U.S. companies to do so. L&G Manufacturing later became famous for improving the process of tin stamping and producing mess kits for use during the Spanish-American War. After nearly 100 years in business, the factory closed in 1955.
Grosjean managed the factory, which employed some French immigrants. The information he provided Smith about deep-drawing practices in France likely came from some of these employees.

Smith continues, “It (deep drawing) probably was not practiced on a commercial scale in this country much earlier than 1866, and the first presses were made here by Mr. Marchand, who had been employed by Mr. Grosjean and his associates.”

Again, Smith provides no additional information regarding Marchand. So, who was he?

According to Encyclopedia Americana (1918), two Frenchmen arrived in the United States between 1860 and 1861, bringing with them a wooden model of a drawing press that they had taken from a French company where they had been employed. The model was hidden in a barn near the city of Wilmington, DE, and shown to Henry Marchand, who was the brother-in-law of one of the men. Realizing an enormous business opportunity, Marchand began raising funds to build and operate the press, eventually forming the Higgins and Marchand Co.

Work commenced on the press at a Philadelphia, PA, machine shop, but Marchand soon discovered that workers secretly were copying each part of the press as fast as the parts were being made. Marchand moved the half-finished press back to Wilmington to be finished. The completed machine was set up in one corner of the shop, which was enclosed with boards, and only three men were allowed in. One of those men, J.L. Kirby, superintendent of Dover Stamping & Manufacturing Co. (Cambridge, MA), a major kitchenware producer of the time, recounted the events for James L. Lucas in his book, “Dies and Die Making” (Journal of Commerce Co., 1897)

According to Kirby, the press was a single-action cam press—the cam forced the drawing punch through the die―with a blankholder held down with a 3000-lb. weight worked by a 16-ft. lever extending through the wall of the building. The first piece to be drawn, a wash basin produced from a 14-in.-dia. blank, most likely represents the first  deep drawn part made in America.

The second press was a great improvement over the first. The long lever and 3000-lb. weight were discarded in favor of side cams to hold the blank. This press ended up at Dover Stamping & Manufacturing Co. and was used in production until about 1900, when it was displaced by one of E.W. Bliss’ latest machines. According to information obtained through the Cambridge Historical Commission, it appears that Dover Stamping went out of business somewhere around 1944, and with it, the whereabouts of the first deep-draw presses in the United States.

Research Blossoms in the 20th Century

Deep drawing history in North America, however, is not limited to the machine.

Research on sheet metal forming that led to the formation of the International Deep Drawing Research Group (IDDRG) commenced in 1937 when Prof. Swift of Sheffield, England, began investigating tests for evaluating cup drawing.

In 1954, a meeting between the Iron and Steel Institute (British) and Jernkontoret (Swedish) concluded that separate tests were needed for deep drawing and for stretch forming. In 1957, representatives from Belgium, Chile, France, Germany and Holland met with representatives from England and Sweden in Amsterdam. The purpose of the meeting: Propose a standard procedure for the Swift Cup, which would become the standard test for deep drawing. This meeting could be considered the birth of the IDDRG.

The American Deep Drawing Research Group (ADDRG) began when several American representatives attended the IDDRG colloquium in Paris. In December 1961, nine people met at ASTM Headquarters in Philadelphia to organize the USA Committee of the IDDRG. In 1965 the name changed to the ADDRG. In 1974, the name changed again to the North American Deep Drawing Research Group (NADDRG) to recognize Canadian participation.
Today, NADDRG continues to serve the sheet metal forming community as a professional organization composed of engineers, researchers and scientists from academia and industry who foster, encourage and disseminate research findings in the field of sheet metal forming. MF 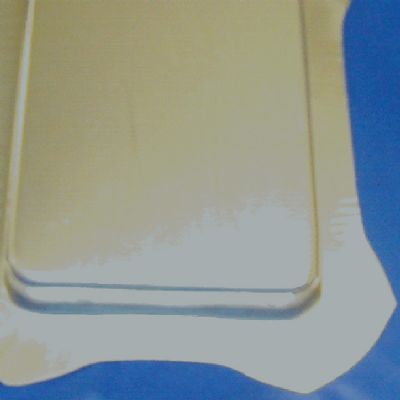 
Deep Drawing from A to Z