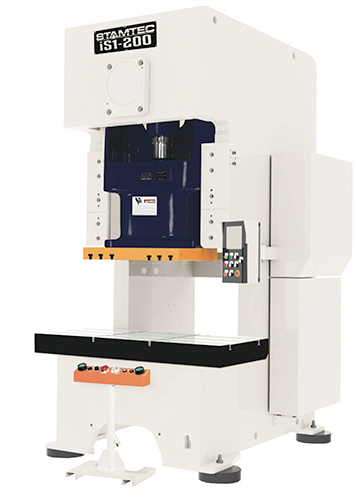 The Stamtec booth will be flush with equipment set up as a complete servo-press production system. Included will be its 220-ton iS1-200 direct-drive servo press with variable stroke length to 9.84 in., and offering variable, programmable stroke profiles including coining, drawing, in-die heating and fineblanking modes. Other equipment in the booth: a TLN2-300 servo feed line (material capacity from 5.70 in. wide by 0.125 in. thick to 11.8 in. wide by 0.078 in. thick), and a Forwell quick-die-change system with hydraulic die clamps and lifters, and bolster extensions. www.stamtec.com
Industry-Related Terms: Die, Drawing, Stroke, Coining
View Glossary of Metalforming Terms