Tenere stamps and fabricates sheetmetal, and manufactures injection-molded and machined products. It also provides integration and system-level assembly services. Its strategy: to be a full-service supplier to original equipment manufacturers in the network-communications, enterprise-software, agriculture, medical and aerospace industries.

A “Controlled” Plan for Growth

Watermill acquired Tenere with a plan to see it grow significantly. The plan has proved effective, as it has experienced tremendous growth in all areas, including stamping. The firm’s stamping department quickly ramped up, by mid-2013, to three-shift operation and, with overtime, had tapped the local labor market nearly dry. More capacity was needed, and fast, as sales kept coming in.

For several years, TCR Metalforming Solutions, Wisconsin Rapids, WI, had supplied Tenere with Aida presses, feed lines and other capital equipment. When contacted again to partner with Tenere, TCR president Todd Wenzel recommended new controls rather than more new presses. “I knew the new owners from Watermill were encouraging investment in technology, and were more open to new ideas than the previous owners had been,” says Wenzel. “We recommended adding new automation controls (from Link Systems, Nashville TN), to the presses they already had, in order to get more out of the machines.”

In addition to new press controls, TCR also recommended adding a sensor lab to Tenere’s operation and tasking one of the firm’s toolmakers to focus on in-die sensor applications to further optimize press productivity.
“We felt that this approach would provide a more systematic method of applying sensors to tooling and provide better results,” Wenzel says. “We have seen that the stampers who dedicate one person to be responsible for in-die sensing have the most success. We asked the toolroom manager to recommend an experienced toolmaker who would be up to the challenge of learning how to take sensor technology on the tooling to a high level. The success of the equipment we installed would rely in part on us being able to train him to take full advantage of the technology.”

Stepping up to the plate was an experienced Tenere toolmaker ready to take on a new role. “The company had made use of sensors in the past, but nothing to the level it was now getting into,” Wenzel says. “It was a new challenge, one that it looked forward to spending time on in order to prevent crashes rather than repairing crashed tools.”

Tenere’s goal: to pursue a growth strategy that involves different layers of simultaneous investment, optimizing performance with its existing equipment and footprint while adding new equipment and facilities to extend capabilities and capacity. Incremental investments in controls and sensors help the firm drive performance and customer satisfaction.

The first press selected for implementing the new controls was one of the busiest in a building full of busy presses. TCR installed a Link Systems’ 5100 AMC, (Automation Machine Control) to the press, with 16 channels of die protection, 16 programmable-limit switches, a high-end tonnage monitor and communication for the servo feeds in use.

“This gave Tenere capacity for near-term needs,” says Wenzel, “but we knew the equipment was scalable so it could add even more capacity as the die-protection program took off. It was considering the use of analog measuring sensors, as well as investigating servo-press technology. The Link control supports both of those future anticipated needs.”

In addition, discussions with Tenere’s production manager and maintenance manager revealed a need for more-efficient scrap removal and die lubrication. So, TCR added a Mayfran Shuffle Drive press-mounted scrap system to the project, and an Industrial Innovations’ spray system for die lubrication.

In addition to using the more sophisticated die-protection capabilities of the process control to protect the tool, TCR used the Link control to develop a more integrated production system. The goal: mistake-proof other parts of the process beyond the tool itself.

“Part-out conveyors and the Mayfran scrap system now start automatically when the operator starts the press,” Wenzel says. “Equally important, sensors monitor the scrap system, not easily seen by the operator, to ensure it runs when it’s supposed to and stops the press if the shuffle stops.”

In addition to starting automatically, saving the operator’s time, the conveyors also stop automatically when the press has been idle for more than one minute. This saves energy and reduces maintenance costs caused by systems running needlessly.

Before installing the new equipment, the press ran with two operators—one handling parts and the other watching for problems in the tooling. Die crashes occurred regularly, causing production delays and overtime for repairs and for production to catch up. Now, one operator mans the press to handle the parts, hourly production has doubled and we’ve not had a single crash. It has been a major success.

“The new equipment fits perfectly into our lean-manufacturing goals by eliminating downtime, and increasing uptime and reliability. Elimination of crashes has led to consistent on-time deliveries without added costs.”
Fisk immediately approved the installation of the equipment on three more of the firm’s busiest presses.
“Three more systems received the same upgrades,” Fisk continues. “The results were consistent with the test. Production output increased 60 to 100 percent on most jobs. Our setup times also dropped by 20 percent. Output on one job in particular —a large delicate part—actually increased from 700 parts/shift to more than 2900 parts/shift. That increase of more than 400 percent was not common, but it was not unique.” MF 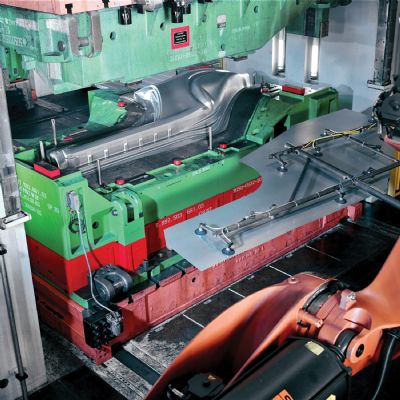 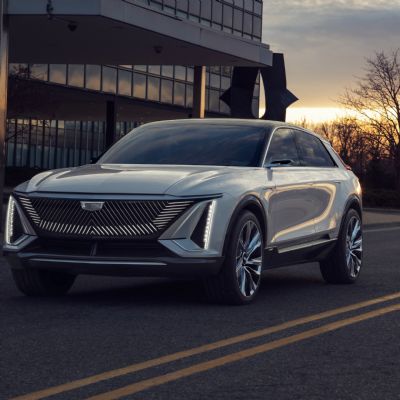