Martinrea Automotive Structures has broken ground on a new 53,000-sq.-ft. addition to its plant in Verona, MS, and plans to add 50 new jobs when the expansion work is completed later this year. The $7.7 million investment will go toward a new crane bay and added tool and die storage capacity, as the plant takes on new production work. It’s the company’s fourth expansion of the facility since taking it over from Thyssenkrupp Fabco in 2003. The facility manufactures underbody stampings and assemblies for Nissan and Honda.
Industry-Related Terms: Die
View Glossary of Metalforming Terms 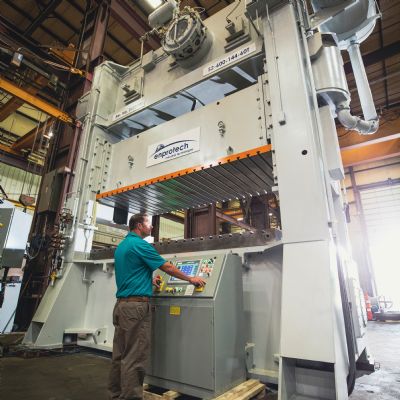