When a new Houston, TX-based contract manufacturer names itself Diverse Metal Products (DMP), it can mean only one thing: a conscious decision to not chase the upstream oil and gas industry for work. So notes DMP co-owner John Keith, who launched the company in 2017 along with his brother and sister. The three siblings grew up in metal fabrication, working at the family-owned job shop that dates to the 1950s, and which did in fact serve the oil and gas industry. 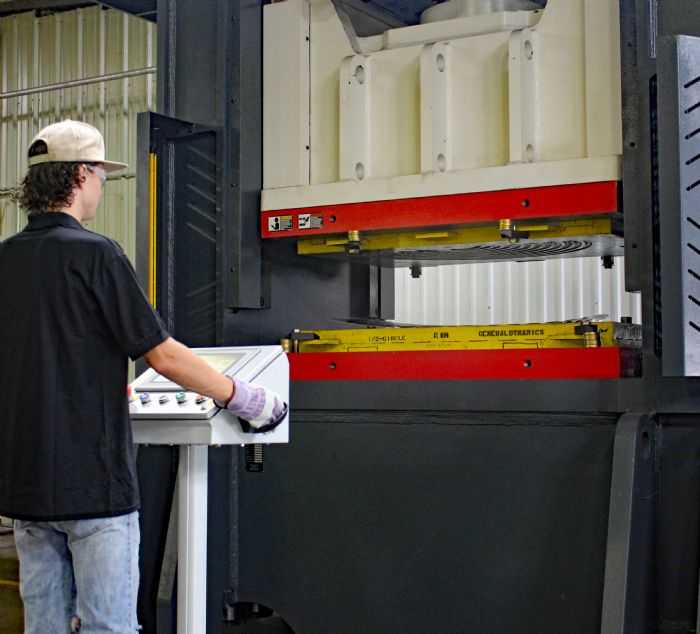 “That shop was launched with seed money provided by Howard Hughes,” Keith says. “And my great grandfather was an executive with Humble Oil Company (now Exxon). But while most of the metal fabrication in this area is tied to the energy industry, we decided to diversify and strive to ensure that no customer has more than 10 percent of our business and no one industry represents more than 20 percent of our business.” 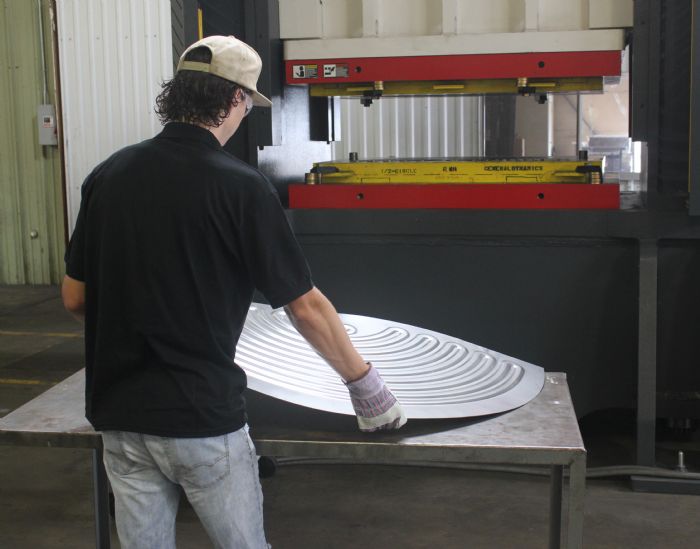 Not only striving to diversify its customer base, but DMP’s strategy also steers it away from the heavy carbon-steel-plate fabrication market, with Keith and his partners focusing instead on sheet metal—and specialty metals at that, primarily nickel alloys in the Hastelloy and Inconel families, as well as stainless steels. The 30,000-sq.-ft. DMP shop counts on its equipment list CNC punching and laser cutting equipment, as well as presses for deep-draw and progressive-die stamping. And its project list includes jobs for the metal furniture, water filtration, HVAC and food-processing industries, among others.

One of the newest jobs to hit the production floor: production of components for plate-style heat exchangers used in missile silos for nuclear-powered submarines manufactured for the U.S. Nuclear Navy. It’s a takeover job previously running on an outdated press incapable of holding the precise dimensional tolerances required.

“The legacy metal forming company stamping these heat-exchanger components worked for 2 yr. with Navy contractors to address lingering quality issues,” Keith says. “They even called us in to try to troubleshoot the process, as we’d been supplying the U.S. Nuclear Navy with another part, and they valued our expertise. Eventually they decided to move the die to us, which put us in the market for a new press.”

Fitting a New Press to an Existing Die

The job at hand: embossing flow channels into a 52-in.-dia. 16-gauge sheet of Inconel 625, which later gets seam-welded to an 11-gauge flat piece to fabricate a subassembly for the plate-style heat exchanger. To stamp the embossed plate with the takeover die, DMP partnered with press manufacturer Beckwood Press Co. to develop a custom 2500-ton hydraulic eight-point gib-guided press. It boasts a 48 by 66-in. working area, 40-ton stripping force, 14-in. stroke, 6-in. shut height and 20 in. of daylight. Among its features: a crown-mounted power system and reservoir, and a kidney-loop filter/cooler circuit with thermostatically controlled, electric fan-powered oil cooler. DMP commissioned the new press in September 2020.

“DMP reached out to us with a detailed part and tool already developed,” says Beckwood sales engineer Gerard Choinka, “and it provided a clear project scope and definition. Often, when customers come to us they’re clear on the part they need to make but unclear on tooling or press requirements. In those cases, we learn what we can about the part, process and production goals and, armed with forming simulations, we can develop the machine and automation to achieve the customer’s goals.

“In this case,” Choinka continues, “DMP already had a developed tool and process. We then were able to build and customize a press around that existing tool. Typically, with a press this size we prefer to use a gib-guidance system because it counteracts the effects of off-center loading during forming, and ensures that the press maintains precise bed-to-ram parallelism.”

“The previous press used to emboss these plates originally was used to make propellers for B-24 bombers,” Keith says. “It began to show its age and no longer could precisely and repeatedly maintain bolster and ram squareness. And, I think it was undersized for the job; we knew we needed more tonnage. The job requires dimensional tolerances as fine as 0.020 in., especially on the critical dimensions around the flow channels, and that required a new, high-quality press.”

In all, DMP fabricates nine parts for the heat exchanger, which it then sends to a third-party subcontractor for assembly and delivery to the customer. Two of the nine parts run through the new Beckwood press; the rest, including four feet fabricated from 3⁄16-in. plate, run through the DMP fabrication department for laser cutting, CNC punching and press brake bending.

…in the hydraulic press, says Keith, “include the amount of force applied and when it’s applied, and how quickly the force is applied. It takes about 3 min. to complete the deliberate and controlled forming process, with a ram approach speed of 118 in./min., forming speed of 16 in./min., and 114-in./min. return.

Should he wish to adjust the forming-process parameters, Keith notes the user friendliness of the press’ Allen-Bradley PLC. And, he points to the Beckwood remote-support technology, called PressLink, integrated into the press control system and connected via a standard internet connection, as a nice “insurance policy,” should he need remote troubleshooting or programming support. MF 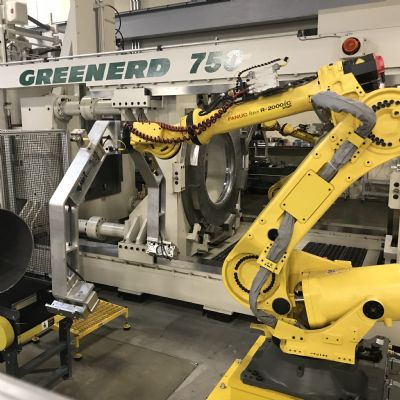 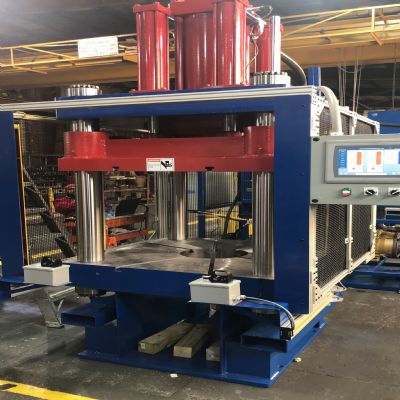 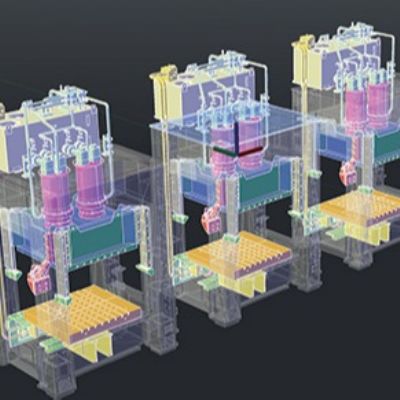