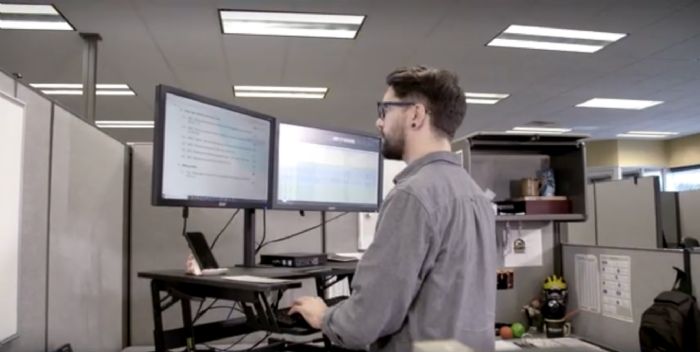 Creston Industrial Sales has partnered with CimSource Gmbh to bring CimSource’s CNC-tool-digitizing platform to North America, with help from a new informational website, www.toolingdata.com. The site provides an introduction as well as advantages of two new cloud-based offerings, Tools United and ToolLink.

The offerings, according to partner officials, address a particular challenge faced by manufacturers: a near complete lack of available, accurate and universally compatible 3D models of the more than 1 million unique cutting tools and components currently in the market.  Without this critical data, attempts to digitize machining operations, utilize CNC simulation tools and optimize material-removal rates become exponentially more difficult.

The Tools United technology suite reportedly resolves the majority of hurdles faced by manufacturers as they begin the journey toward tool digitalization.

Tools United is powered by Standard Open Base (StOB)—the technological foundation of CimSource and the only truly comprehensive data-exchange standard for cutting tools in the world, according to Creston Industrial Sales officials.

“Tools defined by StOB become digitally compatible with one another, easily built into complex digital assemblies and seamlessly read into users’ technology platforms,” says Darling, noting the common roadblocks faced by company leaders in completing their digitization journeys. “The benefits of digitalization are overwhelming and seemingly straightforward to implement. So, company leaders jump in and start spending massive resources to make it happen. Typically, only once the process has begun do those involved realize that the foundational element of the whole system, the 3D data of their tools, are not readily available in the marketplace. And, the data that does exist in the market is not often compatible with other data from other vendors, or compatible with the systems downstream that will rely on it.”

Though new to North America, Tools United and ToolLink reportedly have been used successfully by manufacturers in Europe and the Pacific Rim, including Volkswagen and Rolls Royce. New users in the U.S. Midwest also have experienced success, Creston officials report.

“For our clients, the digitization nightmares have ended and have been replaced with realized dreams of higher productivity, elimination of hard collisions and optimized material-removal rates,” Darling says.