TMA to Offer Die-Design Classes in 2017

The Technology and Manufacturing Association (TMA) will be offering a die-design class in Illinois starting this month, to be taught by Accurate Die Design Software (Brookfield, WI) president and founder Ray Proeber. TMA had a successful die-design class for decades that graduated hundreds of students, according to Proeber, but due to declining enrollment it had been discontinued in 2005.

“Since the class, more than 10 years ago, had been taught using 2D CAD software along with a 2D die-design software package, it was much harder and took much longer to teach the students than it will be using 3D CAD software,” says Proeber. “Everything is very visual with 3D, of course, and with today’s die-design software, the students can animate dies on the computer screen as if those dies were running in the punch press.”

Software used in the class will include SolidWorks 3D CAD software along with Logopress3 die-design software. For more information, contact Ray Proeber at 262/938-9316 or the TMA Education Department at 847/825-1120.
Industry-Related Terms: CAD, Die
View Glossary of Metalforming Terms 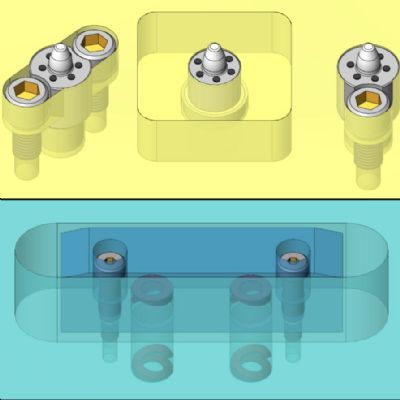 
The Latest in Die Design and Simulation Software