A Devotion to Innovation


Can your company offer customers solutions when they’re required? Can you offer guidance during the design phase of new projects to help clear production-launch hurdles and ensure that projects stay on schedule? Do you perform the required level of research and development that allows your production capabilities to expand, evolve and respond to rapidly changing market challenges?

If not, then your company might become, if it has already not, one that stands in the of progress, rather than one that clears the . One manufacturer that knows how to get up front with technology development and stay ahead of its customers, to stay prepared for impending market challenges, is American Trim, LLC, headquartered in Lima, OH, where its research and development center also resides. The company supplies formed metal parts—stampings and rollformed components—to the transportation and appliance industries. But it does much more than make parts and welded assemblies.

“Our basic business strategy centers on three core competencies: form, decorate and coat,” says John Swigard, American Trim’s director of marketing, “supported by design and engineering. We’re a one-stop shop for our transportation—heavy truck and automotive—and appliance customers. In addition, we’re more than a supplier—we work with our customers as research and development partners. There are numerous opportunities to perform research and development in metalforming, finishing and coating technologies, but by working with our customers we can ensure that the projects we invest in produce tangible, useable results.

“Innovation has been a part of our culture since the beginning of this company,” Swigard continues. “And, thanks to thevision of the State of Ohio and the City of Lima, and partnerships with local educational institutions such as Rhodes State College and The Ohio State University, we’ve been able to marry academics with manufacturing. We’re committed to applying the grants that we receive, and focusing our own research and development investments in time and money, to advancing technology in a practical , so that we create jobs. That’s our responsibility, and we intend to live up to it.”

A Transportation and Decorated-Products Hub

American Trim began as a tool and die company in 1951, then migrated into stamping for primarily the appliance industry. The family-owned company now operates eight manufacturing plants in the United States and one in Mexico, with 60 percent of its business still rooted in appliance, the remainder in transportation—heavy truck, automotive, marine and all-terrain vehicles.

We recently visited the company’s largest facility, a 500,000-sq.-ft. plant in Sidney, OH, the firm’s hub for its transportation- and decorated-products business units. In one area of the plant, a line-die operation stamps high-volume appliance control panels. Roll-coating and screen-printing operations occupy a second portion of the plant, which also houses the firm’s new integrated e-coat and powder-coat line. A third area of the facility houses equipment and operations dedicated to transportation products—forming, welding and assembly of truck bumpers, automotive cross members, fuel-tank brackets, and other weldments and modular assemblies. Stamping-press capacity peaks at 1600 tons; a robotic-tended four-press tandem line stamps heavy-truck bumpers.

“Within the last five years, we’ve shifted considerably to providing more value-added content,” says Chris Highfield, the firm’s director of North American sales and new markets. “We’re working more to apply our extensive expertise in the heavy-truck market to the automotive market—heavy-gauge welding and assembly, for example. And we’re working to help our customers consolidate parts through creative forming.”

In one case, Highfield says, stamping and assembling a large radiator support, the firm developed an in-die tapping station to eliminate a weld nut and also redesigned the assembly to eliminate an L-shaped bracket and a secondary welding operation, carving 12 percent from the cost of every assembly.

Also for its stamping customers, American Trim has developed a concept for manufacturing short-term low-volume polymeric tooling that allows it to build tools in a fraction of the time typically required. “We call these bridge tools, to help our customers introduce new products to the market very quickly,” says Highfield, “often in less than a month. We can stamp as many as 30,000 pieces with the tools, and in some cases, on very light-gauge materials, we’ve realized 100,000 stampings. The concept spurs our ability to be an agile manufacturer and offer one-piece flow.”

Polymeric tooling, according to American Trim officials, uses a mold of composite material. The tooling has proven ideal for making parts for limited-production runs and to help customers quickly develop new, unique and market-specific trim components from material 0.080 in. and thinner. This allows American Trim’s OEM partners to move quickly from concept to customer while minimizing investment in new tooling. In one case, for an appliance-industry customer, the firm moved from design consulting to production kickoff in just 8 weeks, compared to a traditional timeframe of 26 weeks.

Another potential application for polymeric tooling: short-run limited production of automotive parts. This concept was exemplified by the highly publicized interior lauded on the Lincoln MKS Moda concept vehicle. American Trim created a gold-patterned metallic instrument-panel accent trim for the vehicle, which Lincoln introduced at the SEMA (Specialty Equipment Market Association) show last November in Las Vegas. “For this project, we moved from design to prototype production and then to parts delivery for installation on the concept vehicle in just six weeks,” says Highfield. “And moving to full production with polymeric tooling would add only a few additional weeks—we could go from concept to customer feasibility in less than 20 weeks.”

The real traffic-stopper at the Sidney plant, though, is the centrally located ntegrated electrocoating and powder-paint line. While plenty of metalformers and finishing companies offer separate lines for performing each process, few anywhere in the world can apply both coatings on one line.

“We installed the line in 2005 and it paid for itself in one year,” says Highfield, “by eliminating queue time for parts—bumpers primarily—that require both coatings.”

Beyond its integrated finishing line, American Trim devotes some of its research and development energy to further refining its coating capabilities, “to, again, carry us forward with our current customer base, and customers in other markets as well,” says Swigard. One example is development of a very large physical-vapor-deposition (PVD) coating line, sized to handle truck bumpers.

“While most PVD coating lines may be 24-in. square or smaller, to coat small parts like reflectors and other bright components, our line is large enough to accommodate parts the size of a bumper,” says Highfield, “parts as large as 2 by 2 by 10 ft.” The company took delivery of its large PVD-coating chamber late in 2007 at its Advanced Material Commercialization Center in Lima.

American Trim developed large-part PVD coating capability to offer an alternative to environmentally unfriendly traditional metal-plating technologies such as hexavalent chrome plating. The project resulted from a partnership with Rhodes State College, funded by $1.38 million provided by Ohio’s Third Frontier Wright Project, which supports innovative research and development efforts. The PVD process proves quicker and potentially equal to or less costly than chrome plating, and potentially is a truly green process—no discharge to the atmosphere or water. American Trim expects the process to soon be commercialized for production of automotive and heavy-truck components such as brush guards, bumpers, fuel tanks, grilles and interior trim components. In fact, the 2008 SEMA show also marked the firm’s debut of a full-sized, PVD-coated heavy truck bumper.

“The end goal for PVD is for it to be substrate-neutral,” says Highfield. “The next step is to advance the technology over plastic, and to introduce a variety of colors into the process.”

Gaining a Foothold in the Alternative-Energy Market

American Trim also has secured funding from Ohio’s Third Frontier Project to gain a front-row seat on the alternative-energy bandwagon. It is working with The Ohio State University department of Materials Science and Engineering and General Motors to apply high-velocity metalforming (HVMF) for the low-cost manufacture of fuel-cell plates for use in hydrogen fuel-cell vehicles. The fuel-cell project is one of 13 projects to receivefunding from $9 million in grants distributed by the Ohio Department of Development. American Trim’s director of research and development Steve Hatkevich describes the firm’s HVMF project:

“About 60 percent of the cost of a hydrogen fuel cell is the cost of the bipolar plate assembly. And it’s going to take 500 to 1000 plates to make one fuel-cell vehicle… Currently, production of one plate takes 15 min. because the process is not automated. To make the required number of plates per year, we’re building a line capable of making a plate every 6 sec.”

The firm plans to expand the process into a production environment within an existing facility in the near future. HVMF, which allows materials to form in their hyperplastic state and promotes uniform strain distribution, promises to suppress wrinkling compared to traditional deep drawing, allowing deeper draws; the ability to design vehicle components with lower-cost materials due to improved formability with the process; reduced tooling costs; less reliance on lubricants; and improved control of springback.

“HVMF and large-component PVD are potential game changers,” says Swigard, adding that HVMF can be applied to conventional automotive components as well. “We’ve demonstrated high-velocity forming of a sill plate that reduced the number of operations for forming and decorating from 26 to just six. Rather than using conventional transfer dies, we can form the part in one hit.” MF 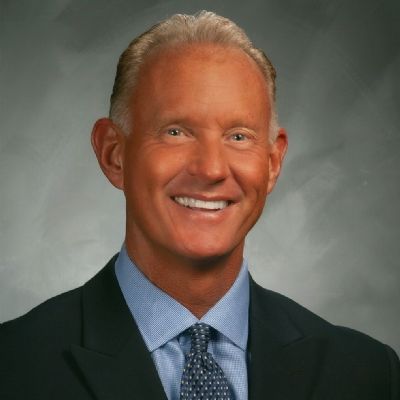 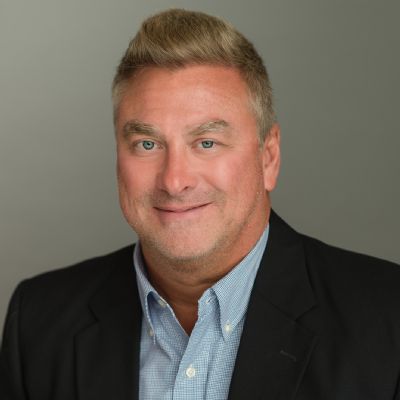 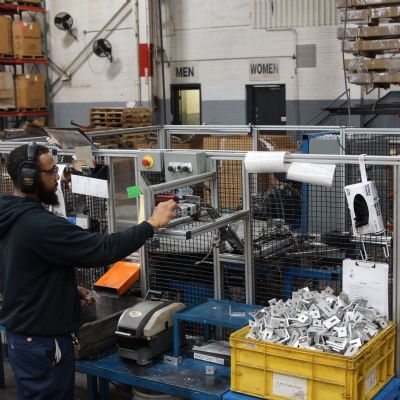