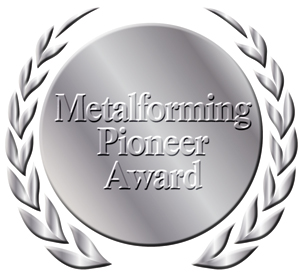 Training to develop and reinforce skill sets of managers and production workers becomes most sustainable and purposeful when it’s driven from within the workforce—you want employees to seek training opportunities, not respond to mandates from management.

That’s an oversimplified view of the investment being made in developing the human capital at Diemasters Manufacturing, Elk Grove Village, IL. The firm, entrenched as a tool and die shop and metal stamper from its inception in 1948 through the early 1990s, has evolved greatly in the last 10 years to become primarily a manufacturer of value-added assemblies—emphasis on value-added. And key to that evolution has been a business plan focused on giving supervisors the tools and vision necessary to take managements’ goals to the shop floor, as well as providing shop-floor workers with clear paths to growth. From the top down, employees at Diemasters are motivated to seek growth opportunities afforded by continuing education, which gives them a reason to be excited about coming to work every day. As a result, they are driven to take the company to new levels of success. And, in so doing they can improve and help secure their position within the company.

That much becomes clear when speaking with Diemasters president and CEO Virgil DeLay and his partner Paul Rimington, and others at the company. Diemasters, which produces more than 250,000 stamped parts and assemblies daily, has been using conventional management tools and techniques such as lean and Six Sigma for decades. Real progress, beyond the proverbial low-hanging fruit, came when the company developed its proprietary production, quality and training system —The Diemasters Productivity System (TDPS). Tenets of the system aim to show supervisors precisely where, when and how to best-apply management tools and techniques like lean and Six Sigma to generate the biggest return.

In November 2010, following an audit by the Government Accountability Office, Diemasters received a $75,000 matching grant from The Midwest Trade Association Center, to support training initiatives designed to further implement TDPS and to improve decision making at all levels. Results, as gauged by a Balanced Scorecard including several traditional measurables, have been impressive. Since 2009, net sales are up 30 percent while direct labor as a percent of sales has been reduced by 20 percent. At the same time, inventory days are down 25 percent and receivable days have dropped by 50 percent.

Diemasters’ customers also see the results of the company’s efforts to upgrade the knowledge and skills of its employees.

“Vendor scorecards for two of our largest customers are at record highs,” says Rimington.

Adds DeLay, explaining how the system’s parts work together:

“Lean is our culture; theory of constraints is our infrastructure; safety first is what we promise our employees every day; Six Sigma is our problem solving tool; and TS is not only a quality system—it’s how we ensure customer satisfaction.”

“Teaching and Preaching” Out on the Shop Floor

…builds the enthusiasm that drives the ongoing practices we’re teaching our supervisors and production workers,” says Eric Toriumi, director of sales and marketing at Diemasters. The training Toriumi refers to has been memorialized in a nearly 200-page TDPS Training Manual & Handbook, written and produced inhouse by DeLay, director of learning Arden Baranowski, and others. In the handbook’s introductory remarks, DeLay writes:

“It is The Diemasters Productivity System’s commitment to knowledge and training, including our core competencies, that makes The Diemasters difference…fully realized when each employee works in concert knowing how they contribute to our overall success.”

“The training system is what has allowed us to move forward and progress into value-added assembly and automated assembly,” adds Toriumi.

Comprising the centerpiece of the productivity system is the company’s five-section employee-training series, dubbed the LISSTs Training Series. Its components: lean manufacturing, inherent simplicity and the Theory of Constraints, safety first, Six Sigma and TS 16969.

“Each section comprises several components, including classroom lectures and learning, books and web-based learning, and case studies and exams,” notes Baranowski. “Employees earn points based on the number of classes completed, and earn uniquely colored badges reflecting their level of training achievement.”

Baranowski explains further that the company has assigned five levels of TDPS education, based on the number of courses completed. And it also has specific goals for the number of employees it would like to attain those education levels. The company employs 90 people, some 60 percent of which are skilled labor.

“We feel that all workers need to strive toward growing their skill set and knowledge base,” says Baranowski. “This is a holistic view that is driven by TDPS.”

After completing basic orientation training, new employees are designated as TDPS trainees. Next comes TDPS practitioner, “and we expect 35 percent of our employees to reach that level,” Baranowski says. “Another 20 percent will proceed to become TDPS Green Belts and another 10 percent to reach TDPS Black Belt status. At the very top of the pyramid is TDPS Bottleneck Blaster, and we expect six percent of our employees will progress that far.”

Bottleneck Blasters, according to the TDPS workbook, have the ability to identify and exploit a constraint, and the authorization to subordinate all decisions necessary in order to elevate the constraint.

As noted in the workbook as a fundamental of The Diemasters Productivity System bottleneck management:

“The long-term strategic application of The Diemasters Productivity System does not call for the continuous removal of the constraint; rather, the idea is to choose where the constraint should be in order to best exploit business opportunities, and then keep the constraint stationary.”

“As the system strives for increased knowledge and skill levels, our LISSTs training puts many of our employees in a position that deserves advancement and promotion. So far, some eight to 10 employees have enjoyed these specific benefits, but many others who either started the program a little later or who have been hired more recently also are on track to achieve these benefits soon. Though we do not have a formal pay-for-training system, LISSTs training and TDPS are woven into employee’s annual goals, and as they achieve their goals they can be rewarded with a raise, bonus or promotion.”

Making the Right Decisions, for the Right Reasons

Manufacturing manager Bill Curtis (also the company’s facilities manager) explains how TDPS and LISSTs training enable managers to not just make change for change sake, but to make the changes that matter most to achieving the company’s overall strategic goals.

“For me and our staff of production schedulers and supervisors, the training has definitely changed the we think and operate on the shop floor,” Curtis says. “First and foremost, we’re making decisions on the floor based on key measures within our Balanced Scorecard, and on what we recognize as specific customer needs.”

Curtis joined Diemasters in 2007 “on the bench, as a toolmaker,” he says. “Now, having made the move into management, I sit on the steering committee alongside Virgil and others. I wouldn’t be there if I hadn’t sunk my teeth into the training system. It’s a college education in basic manufacturing.”

Highlights of Curtis’ education include lean-manufacturing classes at McHenry College in Crystal Lake, IL, and inhouse classes at Diemasters in safety first and Six Sigma. He’s now a TDPS Green Belt, and on his to becoming the firm’s second Bottleneck Blaster, joining DeLay. And, since starting with the company full time in 2007 working in the toolroom, Curtis has enjoyed a 25 percent uptick in pay.

“Following Curtis’ lean/ six-sigma training, and gaining a thorough understanding of the Theory of Constraints, he was able to detect a considerable amount of waste and numerous bottlenecks in our toolroom. He applied what he learned, and championed a complete renovation of our toolroom flow and infrastructure that led to a significant increase in productivity and capacity, and a reduction in piece-part variation.”

As for how the company’s training programs have enriched the workforce for whom he is responsible, Curtis says:

“We’re broadening the development and talent of our workers. Many hands make the work light, so we’re developing our people to handle more things, so our scheduler can have more flexibility and can spread the work down through a more developed workforce.

“This type of training is not available off the shelf,” Curtis continues. “Developing a curriculum inhouse, customized for our needs so we own it and can use it at will, is critical. It’s how we’ve made education our company culture.”

Another tool and die maker who has risen through the ranks at Diemasters is Scott Kauth, hired as a stamping supervisor in December 2003 and promoted in 2011 to quality-assurance manager. Kauth readily admits his move to a management role at Diemasters didn’t come easily, and so in 2005 he enrolled in Harper College in Palatine, IL, where he earned (sponsored by Diemasters) an Associate’s Degree in Science Management. He since has completed LISSTs training at Diemasters in six sigma (he’s a green belt), safety first and quality. And he’s taught the LSSTs courses in advanced lean principles and TS 16949. The payoff for Kauth has been a 30 percent increase in pay.

“If the LISSTs training was in place a few years ago,” Kauth shares, “I might not have had to go back to school,” noting, as does Curtis, that the TDPS and LISSTs curriculum serve as a “college education in many areas of manufacturing.”

Describing the management skills he’s picked up over the years, Kauth stresses time management as a key enabler to being able to get more done in a given day.

“We practice the ‘list of six’ here,” says Kauth. “We ask everyone to focus each day on six tasks they need to accomplish. And included with each manager’s list of six is asking employees about their list of six. We’ve found this to be a very effective time-management tool, to help keep everyone focused on what’s important and avoiding distractions.”

DeLay quickly points to benefits realized by the company thanks to Kauth’s enhanced skill base. “As he continues to apply the lessons learned in LISSTs training, he’s become adept at applying the lessons learned to everyday practices,” DeLay says. “His attention and proactive approach to potential issues with our key customers has led to a 23-percent improvement in our supplier scorecard with our biggest customer, and an invitation from another top-five customer to be part of its Top 10 Supplier Group.”

Asked to describe how a recent project out on the floor helped improve customer satisfaction, Kauth immediately recalls a relatively high-PPM stamping program that the toolroom resolved by adding a double-blank sensor to the die. Rather than being content to solve that one program’s quality issues, the toolroom logged the problem/solution into a “lessons-learned” book so that it could be applied to similar programs in the future.

“We took one customer’s problem, fixed it and then applied what we learned to other prospective jobs and customers,” says Kauth. “That’s a perfect example of applying the principles taught in the LISSTs courses.” MF
Industry-Related Terms: Core, Die, Case, Center
View Glossary of Metalforming Terms 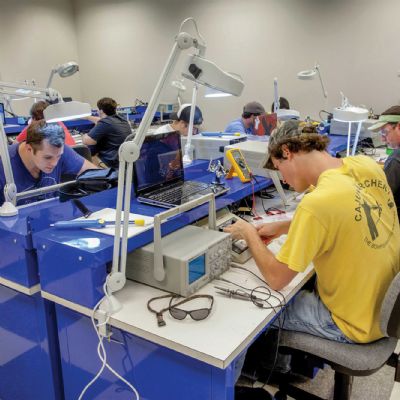 
Nucor Takes the Workforce Development Bull by the Horns


Have You Heard of Generation T?