Atoms of metal alloys arrange themselves in specific repeating patterns known as crystals. Picture two simple patterns as a 3D arrangement of billiard balls with rows directly on top of one another, compared with a slight offset where every other row sits in the pocket of the prior one. In both scenarios, the balls all are the same size, but the gaps between them vary.

Upon heating of carbon steels, the BCC structure known as ferrite transforms to an FCC structure called austenite. If slowly cooled, austenite transforms back to ferrite, along with an amount of pearlite based on the carbon content in the steel. When quenched, although steel wants to convert back to BCC ferrite, there is insufficient time for the carbon in austenite to diffuse out of the FCC structure. This extra carbon strains the BCC structure, elongating one axis into a body-centered-tetragonal (BCT) crystal structure called martensite. Martensite’s high strength comes from the highly strained crystal structure (Fig. 1).

Metal flow is based on the movement of one layer of atoms relative to the next, so differences in crystal structure change the ease by which atoms can move. 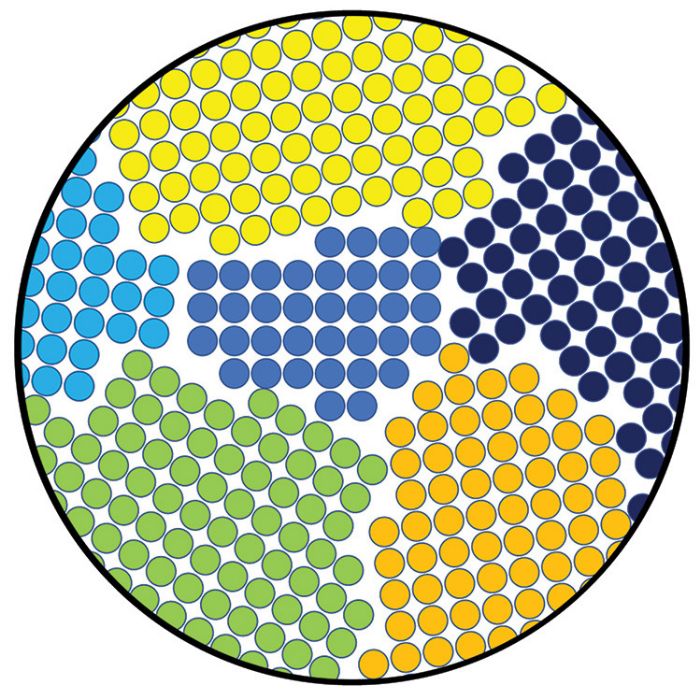 While the type of crystal structure is consistent throughout a sheet metal grade, the orientation of these crystals changes. A grouping of atoms in one orientation is called a grain; adjacent grains differ in their orientation, as seen in Fig. 2, showing a 2D representation of grains in multiple orientations. However, remember that grains grow and move in three dimensions. Smaller grains mean more orientation changes, leading to more resistance to atomic movement as sheet metals deform. This translates to higher strength. For perspective, the atomic diameter of common sheet metals typically is 0.00025 to 0.00035 microns, and an ASTM grain size of 7 equates to a diameter of 32 microns, or 100,000 times as large.

Additions of alloying elements, each with a unique atomic size, distort and strain the regular pattern of atoms. This explains why aluminum alloys and steels are stronger than the elements aluminum and iron, which typically comprise more than 95 percent of an alloy.

Taken together, the measured strength and ductility characteristics coming out of the sheet production mill reflect these differences in crystal structure, grain size, grain orientation and alloying. MF 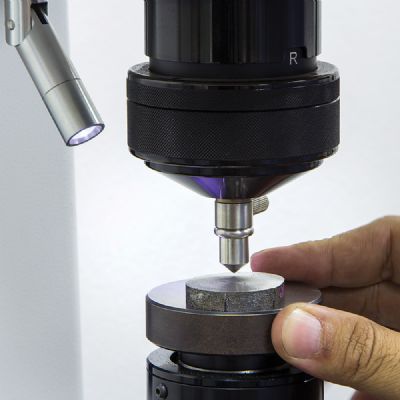