Last month this column included a brief discussion of springback caused by a change in the elastic and residual (trapped) stresses within a stamping. Too often, these stress changes create serious problems in maintaining stamping shape and dimensional consistency during initial forming. Even worse, the additional deformation generated by line dies and the heat applied during assembly processes further rebalance these stresses to the required lowest energy level. This stress rebalancing causes even more dimensional changes. Case studies have shown that even in-service performance, such as vibration, corrosion and severe loading, can cause further dimensional changes.

Traditional springback-compensation techniques usually fall into one of three categories.

1) Apply an additional process that changes undesirable stresses into less damaging stresses. One example is a post-stretch operation that reduces angular change and sidewall curl by transforming the normal tensile-to-compressive elastic or residual stress gradient through the thickness of the sheetmetal into a tensile-only stress. Moveable lock beads in the binder activated by stop blocks apply about a 2 percent in-plane tensile strain at the end of the stroke. A small reduction in sidewall length replaces the angular change and sidewall curl. Another example is over-forming panels and channels. Removing the stamping from the die eliminates the damaging elastic stresses as the part springs back to part print.

2) Modify the forming process or tooling to reduce the level of stresses imparted to the part during the initial forming operation. An extreme example is replacing sheetmetal flowing through a draw bead and over a die radius with a simple 90-deg. bending operation in a press brake. If the elastic and residual stresses are absent, there’s no need to worry about springback compensation.

3) Modify product design to resist the release of the elastic stresses. Examples include beads, darts, offsets, or other mechanical and geometrical stiffeners.

Further information on these three springback-compensation categories and other springback-related issues is located in the AHSS (Advanced High-Strength Steel) Application Guidelines–Version 3, September 2006, published by the International Iron and Steel Institute. A free download is available at worldautosteel.org.

These springback-compensation techniques have worked reasonably well for steel, aluminum and other alloys for decades. However, the increasing use of AHSS (especially the martensitic steels) has raised the difficulty bar for attacking springback problems. Some of these steels have yield strengths in excess of 200 Ksi. Since the initial elastic stress is proportional to the yield stress, these steels can have eight times the springback of a typical 25-Ksi aluminum-killed draw-quality steel. The required amount of springback compensation is greatly increased. Hindering this compensation are very high deformation forces and reduced allowable stretchability that often create wall splits and other failures.

For these extremely high-strength martensitic steels, a fourth springback-control technique is becoming more common. This three-stage process is hot forming or hot stamping (M. Merkiein–SAE Paper 2008-01-0853 and M Mohan Lyengar–SAE Paper 2008-01-0857). During stage 1, heating the blank between 900 and 950 C for 5 to 8 min. creates an austenitic microstructure. The steel then cools to a forming temperature range of 850 to 650 C during the typical 3-sec. transfer from the heating oven to the chilled die. Compared to the as-received yield strength between 53 to 58 Ksi, the strength during hot forming can be as low as 15 Ksi. Immediately after forming, the specially designed water-cooled die uniformly chills the stamping to produce a microstructure of hard martensite with yield strengths of about 170 Ksi. The as-received total elongation of 25 percent decreases to 6 percent due to the higher post-quench strength.

The hot-forming process achieves two key benefits. First, the blank deforms while very hot and ductile, thereby allowing creation of complex stampings. Second, removing the partially cooled stamping from die produces a stamping with little or no springback problems because the part is stress-relieved as it deforms. The forming process, including blank transfer, forming and quenching in the closed die, takes approximately 20 sec.

While this cycle time may seem slow compared to traditional mechanical-press operations, this process can produce high-strength complex stampings without any springback issues. Such stampings often are impossible to form by any traditional forming methods and standard springback-compensation techniques. Technology and economic assessments are required to determine the least-cost application required to achieve product requirements.

All potential forming processes and springback-control techniques will benefit from virtual sheetmetal forming analysis (computerized die tryout). These codes evaluate the stamping, process and tool designs to show the direction and approximate magnitude of the springback throughout the stamping. What-if design changes indicate immediately if improvement occurs. Depending on the complexity of the stamping, the magnitude error of the suggested springback-compensation parameters probably will not be zero.

However, instead of requiring 12 to 15 recuts of the traditional physical die during tryout, the computer springback-compensated die may require only three recuts for major savings in time and money. The ability to attack springback in the virtual world without the usual hard-die weld and grind sequences gives any press shop a major advantage in our competitive world. 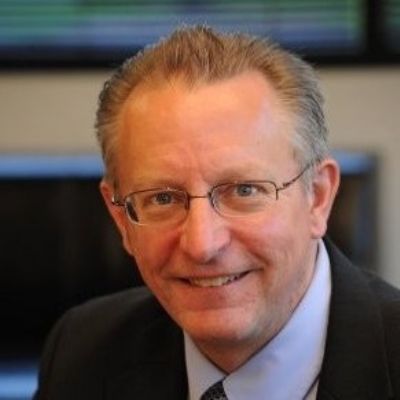