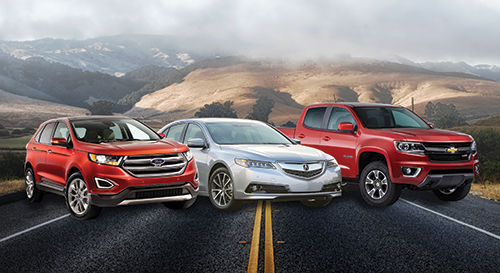 As newer, stronger steels find their way into passenger vehicles to reduce weight in order meet these stringent mileage standards, and improve crashworthiness and occupant safety, the automotive supply chain has become more familiar with how to process these steels. In addition, forming the latest generation of advanced high-strength steels (AHSS) into complex components productively has required adoption of varying technologies.

Within the past two model years, vehicle weight reductions attributed to the use of AHSS over more traditional steels or other materials are in evidence across all vehicle types and models.

Weight reductions in the Colorado owe plenty to tailor-rolled AHSS blanks formed into B-pillar outer reinforcements. Precise control of roller pressure allows the blanks to vary between 1 and 2 mm thick, with extra thickness provided in areas targeted for increased crash-energy management. While tailor-rolled blanking is not brand new, it is a more recent introduction to North America, having found greater use in Europe. Rolling a single sheet to multiple thicknesses, a process primarily performed by blanking specialists or independent fabricators, offers benefits over tailor-welded blanks. Rolling requires less material handling, without the need to transport and place multiple pieces of material, and does not require use of the time-, quality-control- and cost-intensive welding process. As more automotive designers and part suppliers become familiar with tailor-rolled blanks, expect their increased use for placement of AHSS in vehicles, according to Dave Anderson, senior director of the Automotive Market and Long Products Program at the Steel Market Development Institute.

But don’t discount the continued use of tailor-welded blanks, he says.

“A couple of Honda vehicles, the 2016 Pilot and Acura TLX, use tailor-welded blanks, which then are hot-stamped (another European technology that has gained traction in North American automotive production) to form door rings for A and B pillars, roof rails and rocker sections,” Anderson explains.

Hot stamping, via an in-process quench, imparts martensitic properties upon the part material, leaving it with very high strength but increased formability, in contrast to traditional martensitic steels. Metalformers are using hot stamping to produce complex parts, including those in some of the above-mentioned vehicles, that carry the benefits of newer ultra-high-strength material. With the Acura TLX, hot stamping has yielded a one-piece door-ring stiffener, replacing four separate pieces welded together, saving 9 lb. and eliminating weld-flange overlaps.

Rollforming is another process on the upswing for forming AHSS for automotive applications.

“We are starting to see it used for martensitic grades to about 1500-MPa tensile strength,” Anderson notes.

Hydroforming, too, he says, is employed to a greater degree to form AHSS. Case in point is the 2015 Ford Edge, where DP 1000 grades are tube-hydroformed for roof rails.

More Steels, and Education Opportunities, On the Way

With the rapid adoption of newer AHSS, the Auto/Steel Partnership (A/SP), a consortium of SMDI’s Automotive Applications Council, FCA US LLC, Ford Motor Co. and General Motors Co., have undertaken a number of initiatives to continue research on newer stronger steels and possible automotive applications, and transferring the knowledge to work with them to tier suppliers.

“We are working on the Integrated Computational Materials Engineering (ICME) project with the Dept. of Energy, which is developing the next (third) generation of AHSS that offer high strength and high formability,” Anderson offers.

Efforts to integrate next-generation steels extend to production systems, including education of tiers leading to greater incorporation of the aforementioned hot stamping, hydroforming and rollforming processes, as well as the use of tailor-welded and tailor-rolled AHSS blanks.

The A/SP is developing a training course that covers metallurgy of the newer AHSS, as well as “how to form and join them so that we can ease the transition from the mild and high-strength steels that the tier supply community has been using,” says Anderson. Expect such training to include discussions of tooling.

“We want people to understand how the use of AHSS affects tool design and performance,” he explains. “Tooling may be outfitted with inserts that can better handle these stronger materials and not wear as quickly, or if the inserts do wear, it’s only a matter of changing them out and not having to rebuild an entire die.

”The original implementation and use of AHSS occurred at the OEM level,” Anderson continues, “but due to the increased volume of material and applications, independent stampers and the Tier Ones and Twos have been introduced to these materials and must deal with a learning curve. Anderson and the A/SP, through training, hope to flatten that curve.

Looking forward, Anderson sees how the next generation of AHSS may allow for cold stamping to replace hot stamping in some applications while imparting the same advantages, but that’s at least a few years away.

Research and development of strong, low-carbon-equivalent steels, now underway at the A/SP, may ease forming and joining issues, thus delivering a welcomed improvement upon higher-carbon-content materials.

In the very short-term future, 2016’s Great Designs in Steel, May 11, in Livonia , MI, is expected to highlight a number of new and innovative AHSS automotive applications, including a redesign of Nissan’s full-sized pickup that features higher-strength-steel framing, and side structures incorporating 980 MPa steel. Attendees also will learn more about AHSS use in the 2016 Chevy Malibu, Lincoln Continental D544, Honda Civic and Volvo XC90. MF 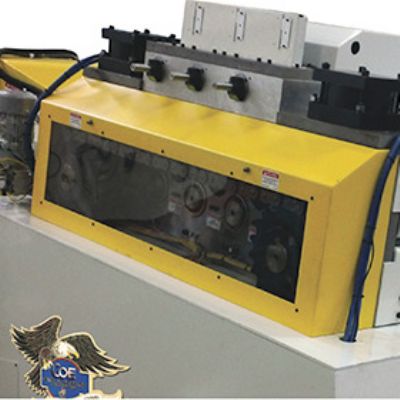 
Worthington Industries Named a 2021 Supplier of the Year by ...