Bring Common-Sense Solutions to Washington During the Annual Legislative Conference

The 2014 elections ushered in yet another wave of change in Congress, one that allowed Republicans to take control of the U.S. Senate and install Sen. Mitch McConnell as the new Majority Leader. In the House, Republicans hold their largest majority in 86 years.

In 2015, Congress is expected to tackle some tough issues such as energy costs and tax reform, while EPA and OSHA will issue new regulations in the final two years of the Obama Administration. Policymakers must hear how these decisions will impact small and medium-sized manufacturers. So, PMA encourages metalforming-industry executives to participate in the PMA/NTMA One Voice Legislative Conference, scheduled for April 21-22 in Washington, D.C.

The conference features networking receptions, issue briefings from PMA’s lobbying team, meetings with policymakers and their staffs and a luncheon with members of Congress. In addition, a preconference webinar on April 9 will brief participants on the latest policy developments and what to expect during the congressional visits.

Join PMA at the 2015 Legislative Conference and share your company’s concerns with members of Congress and their staffs.  Visit www.metalworkingadvocate.org for information and online registration. 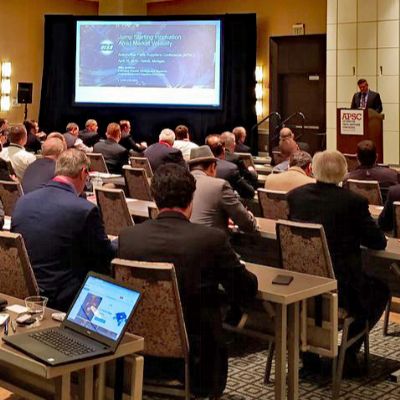