Own a Successful Business? Here's How to Slash Your Taxable Income

Want to make a grown man (Joe) cry? Tell him the amount of his income-tax bill, following a nicely profitable year. For the year 2013, the unbelievably increased top rate was 39.6 percent for taxable income over $400,000 if single, $450,000 if married. Ouch!

But wait. Joe is old enough to think about his estate-tax liability (top rate of 40 percent), and he knows numbers—make $1 million dollars and the IRS takes $400,000 (rounded). And when Joe dies, the estate-tax monster strikes with a vengeance, taking a $240,000 bite.

Is there a way to legally avoid this bad-law double tax? While not entirely, the answer is “yes” for up to $1.2 million/yr., by having Joe create a captive insurance company (captive) for his business, Success Co.

A captive is a property and casualty insurance company (P&C Co.) created by a business to provide a broad range of risk-management capabilities. Basically, a captive insures risks that a P&C Co. does not, such as the loss of a large customer or key employee.

The big savings come because the payment of premiums (up to $1.2 million/yr.) paid by Success Co is 100-percent deductable, but is tax-free when received by the captive. The captive invests the premiums received, and the earnings on the investments are taxed as if the captive is a C-corp. The assets of the LLC are used to pay to Success Co. the risks insured (claims) by the captive.

To look at how the savings can add up, consider this example provided by the law firm of Moore Ingram Johnson & Steele, Marietta, GA, experts in captives. Success Co. pays $1.1 million in premiums/yr. to the captive. Claims are 5 percent of the cash available in the captive, while cash invested earns 3 percent. Current tax rates are used to pay required taxes and deduct all costs. At the end of the 3 yr., the captive is liquidated; Joe ultimately dies. The 3-yr. example saves $1,198,815, and in 5 yr. the savings jump to $1,860,484.

To look at how a captive can be used as an estate planning strategy, consider this example (which originally appeared in Accounting Today). Joe’s children are the beneficiaries of a dynasty trust, which owns 78 percent of the captive. Premiums are $1 million /yr., while taxes, claims and operating expenses total $120,000. Investment assets grow at 8 percent/yr. After 10 yr., the captive has more than $14.6 million—$11.4 million (78 percent) would be excluded from Joe’s estate.

Wait, there’s more. The captive distributes annual dividends to purchase a $10-million life-insurance policy. Then the family wealth, which is in the dynasty trust, would increase to more than $21 million (combining the insurance death benefit and the captive liquidation), all estate-tax free.

And, yes, a captive can be used to build a retirement fund. This time Joe owns the captive. When the time comes for Joe to retire, he simply liquidates the captive to capture its assets at low capital-gains tax rates.

What Does a Captive Insure?

First, let’s compare premiums paid to your typical P&C Co. to premium payments to your own captive. Say you pay $500,000 in premiums to a P&C Co., and have no claims. Obviously, 100 percent of your money is gone. Next, the same premium paid to your captive, followed by no claims. You keep every penny of that $500,000 premium, plus investment earnings.

Okay, here’s a list of the most common risks a captive insures: everything a business currently self-insures; excess losses above coverage limits; construction defects; warranties; deductibles; and loss of income due to the loss of key employee(s), salesperson(s), key contracts and major customer(s), and due to a strike or to some calamity.

Now, the key question: Is a captive for you? If costs were not an issue, the answer would be a resounding “yes” for almost every business. Unfortunately, costs are a factor. It’s interesting to note that about 80 percent of the Fortune 500 take advantage of the captive benefits. For a Fortune 500 company, it’s a slam dunk, due to the insurance-cost savings and tax benefits.

Logic tells us that the more profitable your business, the more a captive should be a top priority.

Want to learn if a captive will work for your business? Fax the following (on your company letterhead) to 847/674-5299 or e-mail me (irv@irvblackman.com): name, title, type of business, total number of employees and any other information you think would be helpful. Mark “captive” at the top of your fax or in the email subject. MF
Industry-Related Terms: E-Mail, Form
View Glossary of Metalforming Terms 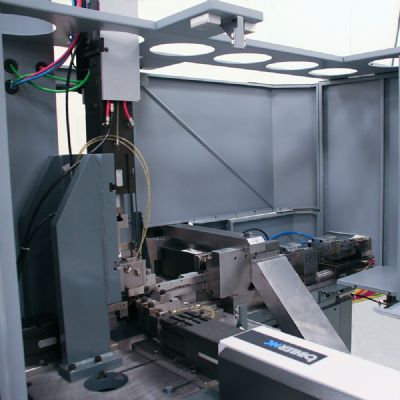 
Data-Driven Manufacturing Improvements by the Day