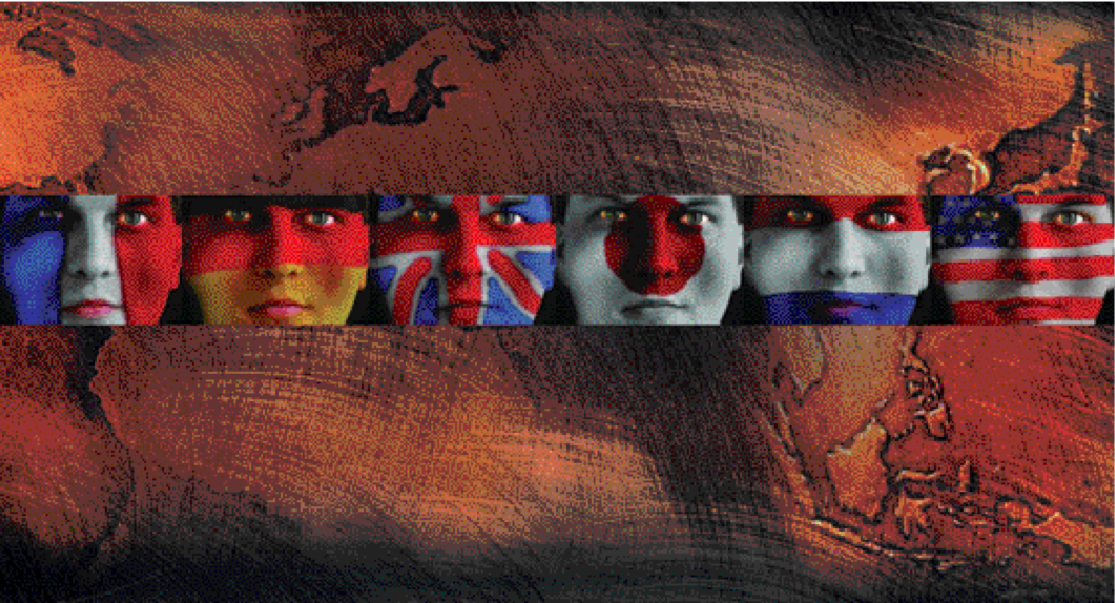 North American metalformers cannot afford to operate within the boundaries set by the oceans that separate them from the rest of the world. The manufacturing world has shrunk and will continue to do so, so it’s critical that manufacturers expand their knowledge base globally. A challenge? Sure, but this September comes an opportunity to meet that challenge. A 3.5-day meeting provides the chance to learn about the business issues, best practices, technology development and innovation and management practices affecting the metalforming industry, not only in North America, but in Germany, France, England, Japan and the Netherlands. It’s the ICOSPA 2008 Congress, being held for the first time since 1993 in the United States, in Grand Rapids, MI, September 14-17.

ICOSPA comprises the national trade associations representing the countries listed above; it holds its International Congress every three years, hosted and organized on a rotating basis by one of its six member organizations. This year, members of the Precision Metalforming Association (PMA) proudly serve on a special project committee charged with developing the congress agenda. Each day’s activities will feature morning assembly sessions with keynote speakers and panel presentations, afternoon plant tours and social events to promote networking and development of business relationships—on an international scale. All session presentations will be simultaneously interpreted into Japanese, French, German and English. Delegations from more than 10 countries are expected to attend. If you’re looking to form partnerships beyond our borders, this is the place to be.

Keynote Speakers on the Agenda

• Jack Perkowski, chairman/CEO of ASIMCO, and featured in the book The World is Flat

John Snow, chairman of the private equity firm that owns Chrysler, earlier in his career served as chairman of the Business Roundtable, comprised of 250 CEOs of the nation’s largest companies. Cerberus Capital Management, L.P. is one of the world’s leading private investment firms.

ASIMCO Technologies is one of the largest Western-owned manufacturing organizations in China, specializing in components for the automotive industry. Jack Perkowski founded the firm in February 1994 after spending three years investigating opportunities in Asia and China. ASIMCO Technologies operates 18 factories in nine provinces in China, and three factories in the United States.

A World Market of Metalforming—Products, Devices and Beyond

Cascade Engineering provides plastic components for the automotive, industrial and solid-waste industries. Under Fred Keller’s leadership, Cascade has grown from a small injection-molding company with six employees into a complex manufacturing organization with 1200 employees and 13 facilities worldwide. In 2004, Keller was named to the U.S. Department of Commerce Manufacturing Council.

Innovation in Metalforming—A Look at Those Leading the

• James Hackett, chairman/CEO of Steelcase Corp., and author of the article, Preparing for the Perfect Product Launch, published in the Harvard Business Review in April, 2007

James Hackett was awarded the Design Leadership Award 2006 at the annual Business of Design Week ceremonies hosted by the Hong Kong Design Centre. The annual design award is presented to a design leader in the international business community in recognition of contributions to developing and applying design in an organization, leading to outstanding business performance

Autocam manufactures precision automotive parts, as well as computer components and medical devices, at its home base near Grand Rapids, MI, and in several other locations (15 in all) in the United States as well as in Brazil, China and France. It’s been headed by John Kennedy since he acquired the firm from Autodie, Inc. in a leveraged buyout in 1988.

After lunch on Monday and Tuesday of the congress, attendees will board buses to tour worldclass local manufacturing companies. Each participant will be able to select four plant tours (two each day) from the eight offered.

Trans-Matic (http://www.trans-matic.com/) —a $70 million company specializing in deep-drawn and progressive-die stampings, and value-added assembly, with a 175,000-sq.-ft plant in nearby Holland, MI, as well as plants in North Carolina, Arizona and China.

Haworth, Inc. (http://www.haworth.com/) —an office-furniture manufacturer headquartered in Holland, MI, with plants in Allegan, Big Rapids and Douglas, MI, and in Calgary, Canada.

Grand Haven Stamped Products (http://www.ghsp.com/)—a $150 million automotive supplier with manufacturing plants in Grand Haven, Hart, and Troy, MI, and in Shanghai, China. The 20,000-sq.-ft. Grand Haven facility performs stamping, robotic welding, CNC bending and complex assembly operations. Stamping is accomplished via a range of presses from 60 to 550 tons, including line dies, progressive dies and transfer presses. Capabilities include deep-draw stamping to 114 mm and forming and trimming from 0.20 to 9.50 mm in thickness. During the 1970s, GHSP pioneered a stamping process called clinching for mechanical bonding.

Shape Corp. (http://www.shapecorp.com/) —reportedly the largest U.S. rollforming company, its world headquarters are in Grand Haven, and the firm also has plants in Novi, MI, Mexico and Japan.

Tuesday, Sept. 16
All Four are in Grand Rapids

GR Spring & Stamping (http://www.grs-s.com/)—a metalformer (progressive and transfer stamping, slideforming and assembly) that operates four plants in Grand Rapids, as well as a plant in Kentucky and a joint venture in Mexico, with $70 million in sales. Last August, GR Spring & Stamping announced the expansion of its manufacturing facilities in Grand Rapids. And, last May the firm announced plans to accelerate its in-die automation program to include press sizes to 1000 tons.

Pridgeon & Clay (www.pridgeonandclay.com)—a state-of-the-art metal-stamping company that employs more than 70 presses from 40 to 1500 tons that can stamp parts to 16 mm thick at speeds to 48 strokes/min. It customizes its own coil-feed systems so that it can quickly convert transfer presses to accommodate coils or blanks. In addition to its Grand Rapids plant, Pridgeon & Clay operates plants in Franklin, IN, and Apostag, Hungary.

Steelcase, Inc. (http://www.steelcase.com/) —a global manufacturer of office partitions and furniture, Grand Rapids hosts five of the firm’s plants and its global headquarters, as well as the Steelcase corporate development center.

In addition to the six keynote presentations and eight plant tours, also on the week’s agenda are panel discussions, individual presentations from each ICOSPA member-country delegation and a special networking reception for next-generation leaders from each participating country. More than 400 attendees are expected to attend the ICOSPA 2008 Congress, from some 10 countries.

To learn more about this important international metalforming event, log on to www.ICOSPA.com/2008, or contact PMA at 216/901-8800. MF