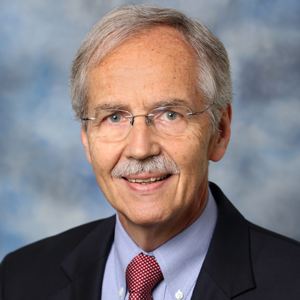 At press time, the Obama Administration and a conference committee from the U.S. House of Representatives and the Senate—our new Democratic trifecta—were finalizing an economic stimulus package with a price tag likely to fall just short of $800 billion. Hopefully, the final result will recognize the importance of manufacturing—and metalforming—to our economic recovery. Tax cuts for individuals and business are anticipated, including several backed by PMA. These tax cuts are designed to boost capital spending by extending expensing provisions and bonus depreciation, and allowing small businesses with gross receipts of less than $15 million to recover 2008 and 2009 net operating losses through a 5-year carry-back vs. the current 2-year period. We also hope that the final package will include funding for Manufacturing Extension Partnerships, a critical resource for countless small- and middle-market manufacturers.

We know that the package includes a significant bailout of state and local governments, and plenty of what many view as dubious spending. This boosts government spending to a level thought unfathomable only a few years ago. Spending on infrastructure, renewable energy, the smart grid, and tax incentives for buying cars and homes should help the metalforming industry. But only a small portion of these monies will immediately create new manufacturing jobs. In the near term, tax incentives offer the best mechanism for quickly creating jobs. Over the longer term, new water and waste systems, roads, and bridges will create a substantial number of new jobs. But there are plenty of potholes that could derail the recovery.

One such pothole is the siren song of Buy American requirements. Although House and Senate provisions differ, it is highly likely that some form of this provision will survive. Buy American makes a good soundbite, but if done the wrong it could result in significant increases in the price of steel and other raw materials for manufacturers. One can only hope that Buy American provisions will not work counter to their intended outcome and chill the robust creation of manufacturing jobs in America.

PMA supports programs that create manufacturing jobs, especially in the metalforming industry, but we have experienced the impact of populist measures that sound good yet actually hurt our industries. Clumsy implementation of Buy American provisions could cost more manufacturing jobs than they create.

This was the case from 2002 to 2004, when tens of thousands of metalforming jobs were lost by President Bush’s 201 steel tariffs. The tariffs boosted the price of steel to a level where U.S. consuming industries couldn’t even purchase steel for the price that overseas competitors could deliver finished metal stampings, components and assemblies to the United States.

Rules-based trade is critical to the success of the U.S. manufacturing economy, and anyone engaged in manufacturing knows that some countries don’t play the import-export game according to the rules. China and other trading partners have decimated American manufacturing jobs and substantially reduced GDP growth through predatory manipulation of their currencies. And, China’s system of variable export taxes, strategically levied to limit the export of flat-rolled steel while stimulating exports of higher-value-added steel-intensive automotive stampings, metal components and end products, reduces shipments for American steel producers and eliminates jobs of workers making metal parts.

We must remain hopeful that the new stimulus package works for American manufacturing. At the same time, we need to be vigilant. While avoiding potholes in our road to economic recovery is essential, a well-intentioned but poorly designed Buy America requirement may cause an entire wheel to fall off the vehicle we hope to ride down that road.