Energy Savings Convince Management of the Benefits of Fiber Lasers

Three new CO2 laser-cutting machines joined the ranks at custom metal fabricator Reflex Industries, Elkhart, IN, in 2008. That’s when the fabricator, born just nine years earlier, moved from its original 70,000-sq.-ft. shop to a 125,000-sq.-ft. plant. Then, still riding a wave of rapid growth, Reflex added (in 2010) its fourth 4000-W CO2 laser-cutting machine to its stable; it also operates 1500- and 2500-W CO2-laser cutting machines. Along the , since 2012 Reflex, a supplier to the recreational-vehicle, travel-trailer and utility-truck industries, among others, also has added four new press brakes and three turret presses.

Its latest laser acquisition, though, has become the apple of engineering manager Chris Heffner’s eye: a 2.5-kW fiber-laser cutting machine. The side-loading setup, from Cy Laser, Geneva, IL, provides a maximum cutting-feed rate of 1200 in./min., positioning accuracy of ±0.001 in., and can carve through carbon steel to 0.70 in., stainless steel to 0.32 in. and aluminum to 0.40 in. Cy recommends the side-loading dual-table machine design, noted for its compact footprint, for limited-space applications.

Along with seven laser-cutting machines, the shop also runs eight turret presses. “These are low-tonnage presses,” Heffner says, “15 to 35 tons. We run all of our really thin-gauge steel and aluminum—12 gauge and lighter—on the turrets, particularly hole-intensive work.”

Most of the work Reflex runs on its new fiber laser—and the machine runs around the clock—is aluminum from 0.10 to 1/8 in. thick, to support the firm’s market push into the utility-truck market for end-use OEMs such as FedEx and UPS.

“The 2500-W fiber laser can cut aluminum faster than the 4000-W CO2 laser can,” Heffner says, “and consume a mere fraction of the energy.”

Putting the Machine to the Test

Heffner speaks at length about the improved edge quality from using the fiber laser to cut aluminum sheet, in particular, compared to CO2. “Any burrs from the fiber laser are much smaller and easier to remove than the burrs created by CO2-laser cutting,” Heffner says. “That alone has saved significant time and money by eliminating a lot of secondary part handling and deburring.”

However, for Reflex’s management team, justifying the investment in what Heffner calls “relatively new technology” came down to increased speed and decreased energy costs.

Back in 2011 when Heffner began to look for a new laser-cutting machine and turned his attention to fiber technology, he became convinced that a fiber laser would create savings for the company. Once the machine landed on the shop floor, he focused on convincing management that the claims by Cy Laser as to the power savings were true. So, he hired an electrical service company to put meters on one of the firm’s 2500-W CO2 laser-cutting machines and the new fiber machine, and ran the machines side by side on the same material types and thicknesses for one week.

“The outcome of the comparison was simply stunning,” says Heffner. “It only takes a 38-A service to run the Cy Laser machine, but it rarely draws that much power during operation. And it only draws electricity while cutting, not when idling as we handle blanks and the cut parts. We experienced a 90-percent savings in electrify consumption with the fiber-laser machine.”

But wait, there’s more. Heffner notes that the new machine’s smaller chiller, coupled to the generator, only runs part-time, “since the heat generated by the solid-state generator is minimal compared to the heat generated by a traditional CO2-laser machine that requires laser assist gases,” Heffner says. “And, to further add to the savings, we’ve seen a big difference in preventive-maintenance costs. There are no mirrors on the fiber-laser machine, and any time we have had to repair anything, it’s been replacement of basic hardware-store items like nuts and bolts—no need to ship special parts from overseas.”

Icing on the Cake: Programming

Along with the new fiber-laser cutting machine came nesting software from Lantek—“an upgrade from what we were using before,” says Heffner, who oversees much of the firm’s part-design and programming functions. “We’ve gone ahead and incorporated the Lantek programming software into all of our laser-cutting machines and our turret presses, using the appropriate post processors.

“We didn’t know what to expect with Lantek at first,” Heffner continues, “but the benefits have really been the icing on the cake. The software performs a lot more automated nesting than the previous software did, which required more manual intervention by our programmers to optimize the nests for productivity and material utilization. Since adding the new software, we’ve seen nesting efficiency and material utilization jump by 20 to 30 percent across the board.”

Estimating the net savings, to satisfy management, from reduced maintenance and power costs “amounts to tens of thousands of dollars per year over three shifts,” says Reflex Industries president Robert Heffner. That has the company contemplating adding another Cy Laser fiber machine to the mix, to replace an aging CO2 machine. 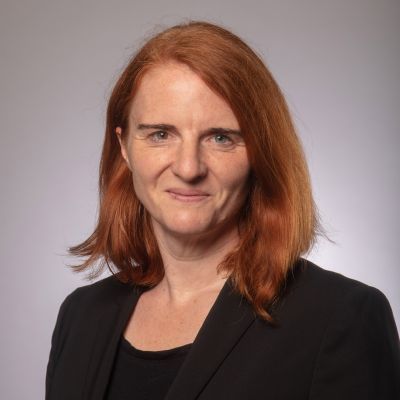 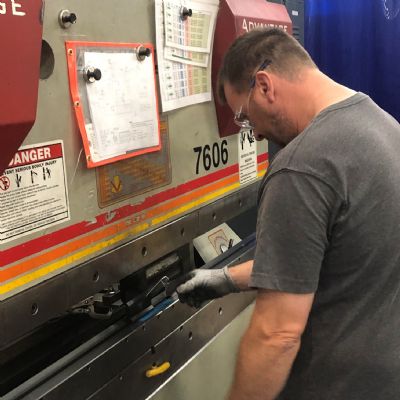