Big jobs bring big challenges. That doesn’t mean, however, that solutions need to be complex. A proof-positive example of this is found at the 81,000-sq.-ft. Shiloh Industries’ factory in Bowling Green, KY, which processes and stacks large, irregularly shaped blanks used in pickup-truck frame rails.

Just how large is large? According to Kelly Billingsley, Shiloh manufacturing engineer, the rail parts range in size from 57 to 96 in. long, and weigh from 48 to 89 lb. The material: 80-grade hot-rolled pickled-and-oiled BlankLight blanks by Shiloh that range from 0.200 to 0.280 in. thick. The press, a 3000-ton Danly blanking unit with a feed line, produces a set of left- and right-hand parts with each stroke, at speeds to 20 strokes/min. using a progressive die. At that rate, more than 3500 lb. of parts/min. are processed and stacked.

The stacks can be as high as 24 in., and even though the blanks are irregularly shaped, they must be stacked uniformly and with no variation because Magna International, Shiloh’s Tier One stamping customer, places the parts, as shipped, into an automated cell for forming. And, as if multiple-piece sets with irregularly shaped parts isn’t challenging enough, longer blanks exit the blanking press at angles to 45 deg. to maximize material usage, meaning that these parts must be repositioned in order to stack properly.

After receiving a quote package from Magna in early 2015 to take on the work, Shiloh set out to find an automated solution. “We sent BMC (Bachuber Manufacturing, Inc.), a provider of press-automation equipment, an RFQ in November 2016, and received and approved BMC’s quote in January of 2017,” says Mike Cousineau, Shiloh’s continuous-improvement manager. “The automated line was implemented soon after. However, Shiloh began processing the parts in 2016, which meant several months of manual unloading and stacking.

“With each stroke making two parts, a left and right part, the parts come off the press one after another,” Cousineau explains. “Initially we lined up four people to pull the blanks off of the conveyor and stack them as the press ran, which, of course, created a lot of ergonomic and safety and issues. The need to automate was clear.”

Equally clear was Shiloh’s requirement to keep it simple. “We did not want a complex six-axis robot system,” says Jason Jones, Shiloh’s plant manager. “We wanted this to be a simple-to-operate two-axis system.”

The end result works like this: Blanks feed from the exit conveyor of the press onto the incoming split conveyor of the stacker, where they are stopped and oriented. The BMC 1401 stacker’s dual 48-in. gantries alternate between picking up both parts with electromagnets, and move them to the parts nests for stacking. The parts nests have adjustable guides to accommodate the different part geometries and enable uniform stacking.

Each parts stack is controlled by the operator, who enters the desired number of pieces per stack in the stacker’s human-machine interface. When the stack count is reached, an integral 15,000-lb. lift table lowers the stacks onto an exit conveyor. The stacks then convey out to a position where a forklift moves them to a shipping location. The press remains in continuous operation throughout.

To arrive at the final system setup took some customization, says Billingsley. “When the conveyor was originally built, it was a solid shaft that ran both belts at the same speed using one drive,” he says. “Before we put it into production, we saw that the parts exited at as much as a 45-deg. angle, so we split and modified the conveyor and added a second drive to change the speed in order to rotate the parts into proper position for stacking.”

“The angled exiting of parts is necessary because the exit end of the press measures 75 in. wide and the feed-line width is limited to 72 in.,” explains Cousineau. “Because some of these blanks are up to 97 in. long, the strip layout and dies had to be designed at an angle in order for the blanks to properly exit the press.”

Further, to address tailout issues without interrupting part flow, telescopic arms were added to carry the tail past the part stack before placing it on the floor, says Cousineau. “Our challenge,” he says, “was how to get that tail through the machine without hurting parts flow, and without moving the machine away from our press to ensure that alignment stays true.”

Cross-functional efforts figure prominently into the Shiloh Production System (SPS) continuous-improvement efforts, and this precision stacking system is a prime example of such an effort, says Cousineau, adding that SPS emphasizes safety and environmental, quality, lean operations, and productivity, all of which impact the automated stacking system.

“Our average changeover time decreased 40 minutes,” says Cousineau, “and that includes locating the stacker in place on the press, selecting the program and adjusting hard stops.” Another tangible effect of these efforts, says Cousineau, is the painted targets on back of the press, “so that when workers are placing the stacker, they just line it up according to the target, so they know exactly where to set it.”

Cousineau says Shiloh’s cross-functional team for this project represented plant engineering, operators, maintenance, quality control and plant management, and that together with BMC experts “were able to identify and implement changes midstream to keep the project moving smoothly.”

Adds Jones, “Virtually every facet of this facility was involved with the building of this line. We have 68 employees, and 10 of them were closely involved in the project. This really was a great opportunity for us to build the best mouse trap possible, and we did.” MF 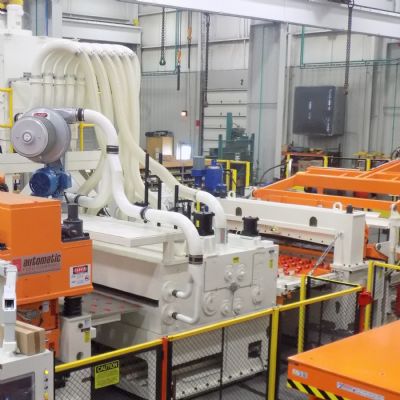 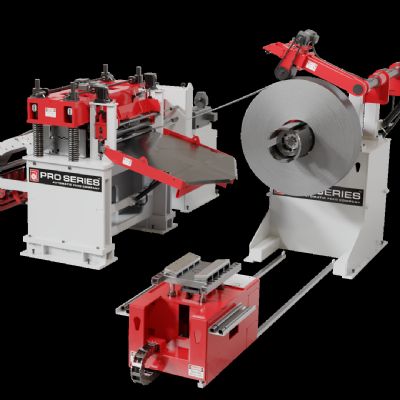