Dwindling automotive volumes have forced parts suppliers to re-examine production and squeeze efficiencies out of every process. The Mount Juliet, TN, stamping and automated-assembly operation of Orchid International has accepted that challenge with gusto. Consider the custom-built staking assembly cell perfected inhouse to produce seating components for long-time automotive customer CRH (C. Rob. Hammerstein GmbH & Co., with North American headquarters in Clanton, AL). The components, incorporated into seating mechanisms at CRH, then head to a Tier One seating manufacturer that builds out complete seating modules destined for Ford F-Series vehicles, as well as the Focus, Flex, Lincoln Towncar and others.

How dependable is Orchid’s new staking assembly cell? Since it entered production in February 2008, no defective parts have been reported by the customer.

“Our efforts saved $64,000 per year in direct labor costs,” says Volz, “plus untold savings to our customer and our company by successfully eliminating every conceivable error.”

Had to be Mistake-Proof, Economical

Upon being awarded the CRH contract in 2007, Aaron Volz, manufacturing engineering manager at Orchid Mount Juliet, guided his team toward a goal of creating an assembly process with multiple lines of defense to ensure mistake-proof production.

“We began by considering what could go wrong throughout every stage of the process, and then set out to build a staking assembly cell with the necessary features to prevent these potential errors,” Volz says.

The team also sought to build a system as economically as possible, resulting in cost savings for Orchid and CRH.

As the team brainstormed common failure modes that could result in a bad part reaching the customer, human factors inherent to repetitive assembly received a great deal of attention. The key to success lay in tying all quality-control features back to each individual part number, according to Volz. Once the cell operator enters a part number into the computer, the staking cell’s vision system checks to verify that the correct parts are loaded, including proper orientation and presence of all necessary components. Loading a wrong part, leaving off a part or component, mixing parts from two products, or placing the part or component on the staking fixture incorrectly will result in an error, and the dial table will not rotate until the operator corrects that error. This, says Volz, eliminates approximately 90 percent of the fallout on the backside.

As the parts rotate along the circuit, electropneumatic regulators set, and PLC-controlled pressure switches confirm pressure settings on every staking cycle, ensuring that the proper pressure is applied each time, as specified by the product number. Variables that can’t be verified electronically are verified by the vision system, preventing the introduction of human error.

The next step in preventing errors is off-loading via the robot. The PLC analyzes feedback from every measured variable and provides the robot with good/bad part information. The robot then discards any bad parts first, virtually eliminating mishap potential as a bad part is never carried over the conveyor leading to the finished-parts container. Should a sensor fail, multiple layers of programming back-checks stop production and automatically signal the robot to discard any suspect product.

Cell designers included the robot as an additional means to eliminate human error. 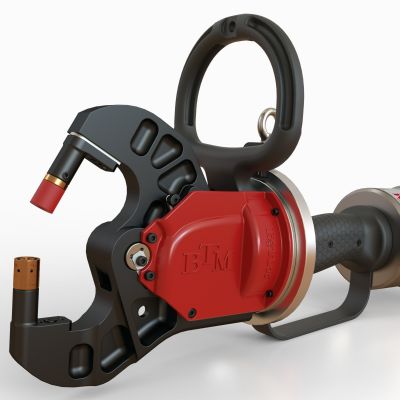 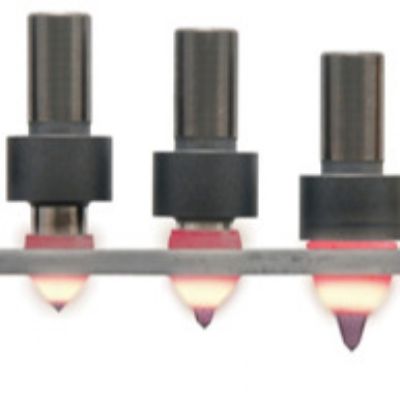