David J. Landon has been named as the 2015 president and chair of the board of the 70,000 member American Welding Society (AWS), headquartered in Miami, FL. Landon has been an active member of AWS (www.aws.org) for more than 30 years and served as its vice president from 2012-2014. He has been a contributing member to many technical committees and won several AWS awards, including the District 16 Dalton E. Hamilton Memorial Certified Welding Inspector of the Year award and numerous meritorious awards. He holds a Bachelor of Science degree in welding engineering from LeTourneau University in Longview, TX.

Landon’s passion for training new welders and mentoring others is the main focus of his presidential year. Consistent with that, the Iowa Section of AWS has launched the David J. Landon Scholarship. The endowment is made possible by donations of the Iowa Section of the American Welding Society, Vermeer Corp. and the matching gift program of the American Welding Society.

Living in Pella, IA, Landon is manager of welding engineering for Vermeer Corp., an industrial and agricultural equipment company. 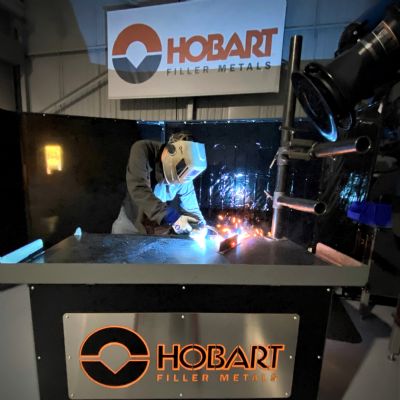