Deep drawing tightly toleranced high-strength low-alloy steel airbag housings requires the full 13.5 in. of available press stroke. So, why limit press speed to a slower forming speed during the portion of the stroke when the tool is not in contact with the workpiece material?

That’s the question deep-draw specialist Metal Flow, Holland, MI, addressed when it acquired a pair of matching 600-ton Aida servo-drive presses—the first in October 2012, the second in December 2013. That investment was followed by a third Aida servo press, this one a 400-ton model, slated to enter production in May of 2014.

Brought in to add horsepower to Metal Flow’s flourishing airbag-housing business, the servo presses, according to manufacturing technical director Jeff Wierenga, allow production output to climb from 21 strokes/min. in a standard mechanical press to 30 strokes/min. And, that includes performing a highly engineered in-die testing sequence on each and every housing.

“We can program 14 different points in the stroke where we can change ram speed,” says Wierenga, “to allow for material feed, in-die testing, part transfer etc. We’re changing speed seven times per stroke on the airbag housings. When we’re not touching the part, we can run as quickly as 50 strokes/min.”

Zig-zag movement is 12 in., programmable in 0.001-in. increments, and the units boast extended lateral travel of 23 to 69 in. for stock-edge positioning from the press centerline. The setup support screen provides the recommended strip-advance length and lateral movement based on operator entry of pattern, blank diameter and web thickness. The servo-feed index cycle occurs simultaneously with cross-slide lateral travel to produce diagonal stock movement with one-, two- or three-out capability.

Directing the feeders and closely synchronizing their motion to that of the servo press: Dallas’ ServoPressSelect feed control, a variation on its ProfileSelect controls designed to provide a smooth sinusoidal feed profile that minimizes stress on the feed’s mechanics while using 100 percent of the available press-feed window.

“And, the feeds provide more torque than we would ever need,” adds Wierenga. “They provide brute force that we can tame to match our needs. While we’re only feeding 0.090-in. material, I’d bet that they easily could handle 0.150-in. stock.”

In addition to their brawniness, Wierenga points to their use of rack-and-pinion drives, rather than ballscrews, as a reason for relying on the feeds to meet demands for reliability and optimum uptime. The pair of servo-press lines runs 24/7 to keep up with growing demand for airbag housings.

“The rack-and-pinion drives are bulletproof,” Wierenga says, “and they’re perfect for zig-zag double cuts. With the new feeders, we’re running all of the jobs that used to be single cut as double cut, with the blanks staggered to optimize stock width. That’s reducing material use by as much as seven percent.”

In addition to the DRFM feeds, Wierenga also notes a number of custom-engineered subcompact zig-zag feeds recently installed on a handful of its standard gap-frame mechanical presses.

“Dallas redesigned the subcompact feed just for us,” he says, “using the same controls as on the larger feeders. That allows our toolmakers to work efficienctly and seamlessly throughout the plant. And, the components are off-the-shelf Allen-Bradley, so we have minimal issues with performing timely maintenance procedures and keeping the lines running.”

The redesigned subcompact feeds feature an aluminum feed structure for weight reduction. The feed and zig-zag drives mount below the feed rolls to reduce the width of the units by 10 in. And, operators use an eight-button control pendant to quickly set up new jobs and to thread-up stock during coil changes. 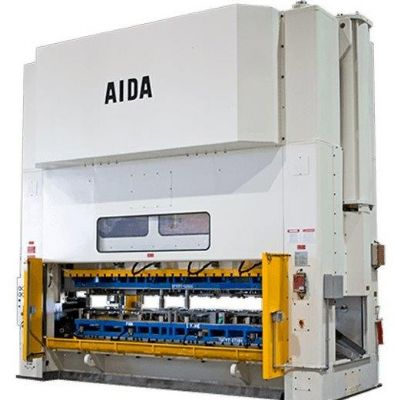 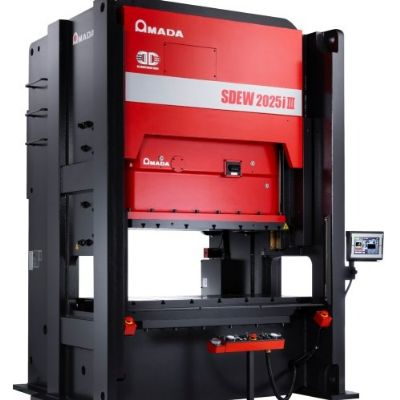 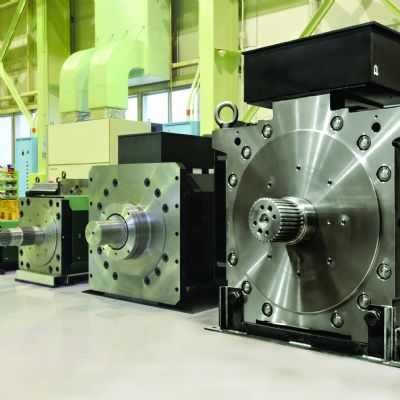