Robotic Welding Cells Out with the Old

At the turn of the century, Brillion, WI-based Ariens Co. began practicing the principles of lean manufacturing, and it’s been an important part of daily life at the company ever since. So when Ariens began experiencing problems with its robotic-welding cells, management quickly went in search of a solution to ensure that productivity remained high, while the reins remained tight on downtime and service calls.

Ariens has long used robotic welding on the manufacturing floor, but in recent years its aging robotic-welding cells became plagued with breakdowns and downtime for service. Its robotic tech-support department averaged more than 5000 tech calls for robotic weld-cell breakdowns annually, with each call averaging 13 min.  “When some of the older cells crashed, they were down for hours,” says Ariens team leader Ron Heiting.


The company also experienced issues with the availability of service, support and parts for maintenance and repair.

“We had many instances where we’d lose a day or two of production because we were unable to get replacement parts,” says Ariens electrician Jeremy Foytik. “If we did find parts, often the price was astronomical.”

In search of a solution, Ariens sent several employees to visit with robotic-equipment manufacturers, bringing with them sample parts and fixturing. In the end, the firm elected to invest in new PerformArc robotic-welding cells from Miller Electric Mfg. Co.—five PerformArc 350 systems and one Perform-Arc 750. The 350 boasts a compact 7- by 14-ft. footprint and features a two-station turntable positioner with 350-lb. payload capacity per side. The standard cell also features, in addition to a Panasonic arc-welding robot, an inverter-based welding power supply, a four-drive-roll wire feeder, and a Tregaskiss 500-A air-cooled welding torch. Similar in design, the PerformArc 750 boasts a 10- by 17-ft. footprint to offer a larger work area for welding larger assemblies, using a turntable positioner with 725-lb. payload per side. In fact, Miller notes that the larger footprint allows a second robot to be added to the cell, if needed, to boost throughput.

Ariens worked with Miller to customize the systems for its specific needs, programming the systems with the logic layout that Ariens had been using throughout its plants. Miller also integrated the inputs and outputs for the Ariens fixtures, and upgraded the wiring and location of some switches on the cells.

During weld-cell changeover, Ariens and Miller technicians worked in concert to ensure that production didn’t skip a beat.

“Implementation went seamlessly,” says Foytik. “Following delivery of the cells, we had them up and running within two weeks. We were able to take one of the old cells out in the morning, and by that afternoon we were welding with the new cell.”

Since implementing the new robotic-welding cells, Ariens has seen productivity increase by some 25 percent. And, the company has greatly reduced the amount of time lost to maintenance, repairs and tech calls. Says Dave Lutterman, manufacturing leader in the large-press fabrication department:

“In the past, we would weld a chute and a tractor frame in about140 sec. We now complete that same weldment in 89 sec.”

Heiting also expresses appreciation for how quickly operators can reset the robots in the event of an error recovery.

“Error recovery no longer requires a call to a technician for support,” he says. “The machines go into soft-servo mode when a reset is needed, which allows for rapid error recovery and protects the robot and fixtures from damage. And, the cells remain in the same program during the recovery process—there’s no need to go back and start from scratch. As soon as the operator clamps the fixture back up, the cell simply completes the cycle; the previous robots would not do that.”

Included with its new welding cells is the ability to program the robots offline, which allows programmers to test welding routines virtually and ensure that fixtures will work from the start, without having to make changes on the fly.

“Our older robots, some of which had 80,000-plus hr. on them,” Lutterman says, “had begun to miss some welds. We also were experiencing unacceptable amounts of weld spatter and porosity.

“Since implementing the new cells,” he continues, “we’ve improved our quality in some cases by 94 percent.”


The noticeable improvement in quality means a much cleaner product, which results in less time and money spent on rework.

“In the past we would have large bins of robotically welded parts that we would have to send to a manual welding booth for rework,” Lutterman adds. “That was cut dramatically. And we don’t have weld-spatter issues—we’re not sanding chutes and frames like we used to.”  MF 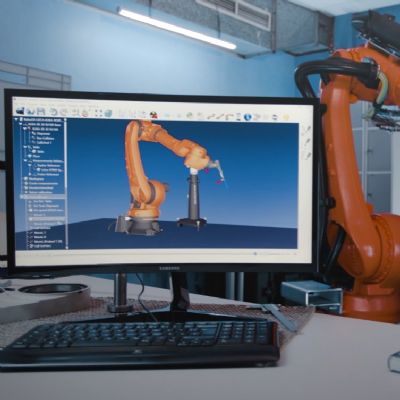 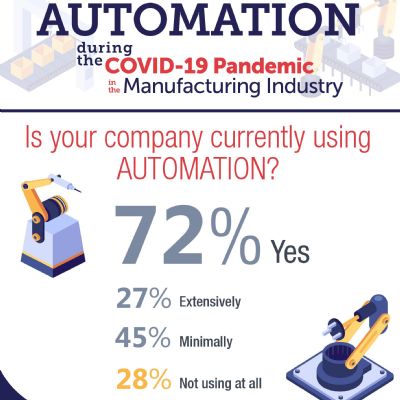