The firm provides full-service support to hundreds of customers, including engineering, prototyping, machining, painting and powder coating, assembly and custom inventory-management programs. When a bottleneck struck its press-brake forming department about four years ago, an investment in robotic technology saved the day.

“We had just acquired three new servo-electric turret punch presses (Amada EM2510NT NT units), and throughput rose so dramatically that our conventional, manually tended press brakes could not keep up,” recalls company CEO Fred Pierce. “At the same time, we knew that even if we acquired new press brakes to free the bottleneck, we’d struggle to find qualified operators to set up and run them.”

As a result, Pierce opted to add a pair of Amada 10-ft.110-ton Astro II 100NT robotic forming cells to his stable. The automated forming cells, says Pierce, completely integrate what he viewed as two separate functions—a press brake that goes down and up, and robots that feed sheet in and out and position parts against multiaxis backgauges.

“Through software and integration,” stresses Pierce, “the two technologies act in sync. We’re able to teach the robots and press brake, through the cell’s control functions, how to truly work together. As a result, we’re able to run both robotic cells with one operator, optimize green-light time and generate cost savings we can pass along to customers. That’s allowed us to grow our business in areas where we had not been able to previously.”

High-Volume Technology in a High-Mix Environment

As an example, Pierce cites a high-volume job the shop ran during the summer of 2011 for a large solar-energy project that had the firm’s pair of robotic press-brake cells churning out parts 16 hr./day, 5.5 days/week. In fact, some of the press-brake production ran lights out. Of course, once that huge job ran its course, it was back to the typical day in the life of a contract fabricator—short-run, quick-turnover jobs. Surmising how Metal Works has been able to adapt robotics to its fabrication shop, Pierce says:

Asked to provide the key to pulling that off, Pierce says that, “the biggest hurdle was finding the right person to head up the (robotics) program. We went through a learning curve, thinking initially that putting a press-brake operator in charge of the robotic bending cells made sense. But in the end, we had to think more outside of the box and, ultimately we had more success when we handed the cells over to a person more versed in software and programming, who also had some working knowledge of the press-brake forming process.”

Now, the two automated bending cells typically run 1.5 shifts/day, under the guidance of one operator who also assumes responsibility for offline programming. Programming is performed on the shop floor using a laptop computer on a roll-around cart, equipped with Amada’s Dr. Abe automated bending-expert programming software. Pierce is pushing hard to have as many programs developed as possible to run work on his two automated cells. While the ideal parts routed to the automated cells are the more bend-intensive ones, with six or more bends, there are efficiencies to be gained with just about every job requiring press-brake work, says Pierce. As such, Pierce says at least four or five bending jobs get programmed for the robotic cells each week.

Just What the Doctor Ordered

High-mix small-lot production, it turns out, is exactly what the Astro II 100NT is configured for, with remarkably fast backgauge motion (80 mm/min.) and two robots working in concert to move material in and out of the cell, while positioning parts against the backgauges in sequence. The press brakes are 110-ton HDS-1030NT models with 122.4-in. bending length and 7.9-in. stroke. The robots? They’re five-axis models with 44-lb. weight capacity capable of handling blanks to 31.5 by 39 in. (or 11.8 by 70.9 in.).

Compared to manual press-brake tending, productivity and quality can rise significantly. To explain, Pierce describes for us one particular project where costs were minimized enough to convince a U.S.-based OEM customer—ZeeVee, a manufacturer of high-definition video-distribution equipment—to bring the sheetmetal-fabrication work back from China.

Based in Littleton, MA, ZeeVee launched manufacturing operations in 2007 in China, believing that “U.S. manufacturers couldn’t adequately support their business model,” according to a recent article in Circuits Assembly magazine. When its market shifted noticeably from consumer to commercial, China’s aptitude for large batch-oriented production “limited ZeeVee’s agility, making it difficult to implement a continuous quality improvement process or introduce product variations,” the article notes.

Metal Works launched production for Suntron in October 2011, and Pierce expects to support ZeeVee’s growing business with production runs in batches of 1000 to 2000 every few weeks. The enclosures measure roughly 18 by 24 in., fabricated from 18-gauge mild-steel sheet that arrives at Metal Works in 4- by 8-ft. blanks. Turret presses prefab the blanks, adding lances, slots, holes and extruded and tapped holes, which then move to the Astro II 100NTs.

“Thanks to the cost savings from running the work on the robotic press brakes,” says Pierce, “we were able to meet requests from ZeeVee and Suntron to come within 25 percent of the price being charged by the Chinese supplier. That effort, combined with avoiding ‘gray costs’ related to cash cycles, shipping and flexibility, led to us winning the project and bringing production back to the United States.” MF
Industry-Related Terms: Bending, Forming, Powder Coating, Run, Stroke, Turret
View Glossary of Metalforming Terms 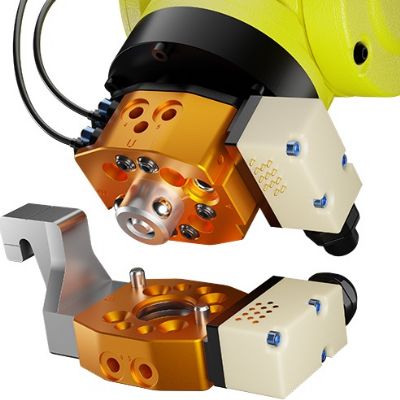 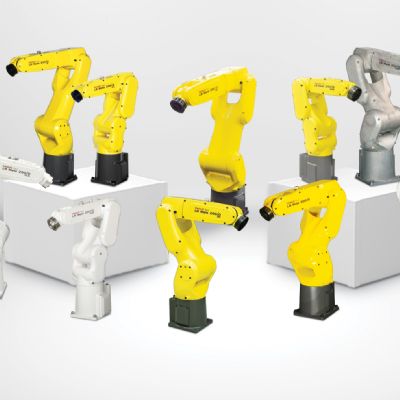