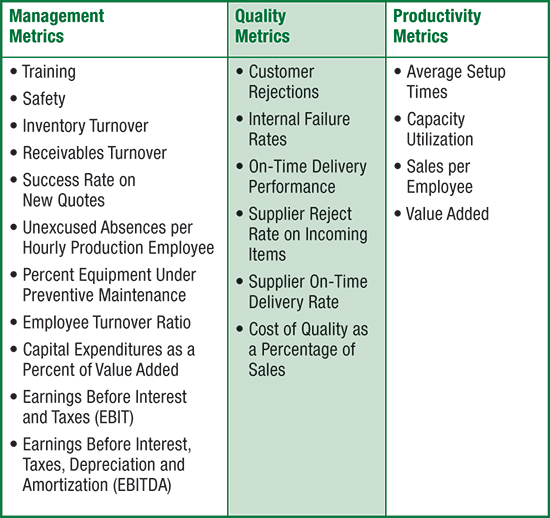 The 2013 Precision Metalforming Association (PMA) Benchmarking Report for the Metalforming Industry shows that the overall health of the industry is strong. While concerns about the future still exist, there’s much to be positive about. Here’s an overview.

Seventy-nine companies participated in PMA’s annual survey, which monitors more than 50 separate metrics in the areas of management, quality and productivity. Survey participants represent a broad cross-section of the metalforming industry. 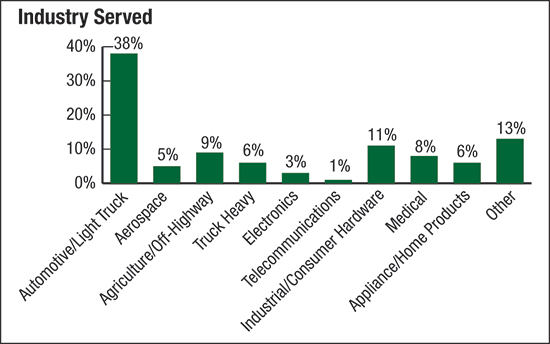 • Some 40 percent of respondents primarily supply the automotive industry. Industrial/consumer hardware and agriculture/off-high were the next highest industries represented, comprising approximately 10 percent each.

Are volumes up compared to the prior year? To find out, PMA tracks the results of repeat participants. A total of 60 companies participated in both the 2013 and 2012 surveys. These 60 companies report a combined total value of shipments (sales) of $2.3 billion in 2013, nearly a 10-percent climb from 2012 sales of $2.1 billion

The survey tracks profitability by measuring earnings before interest and taxes (EBIT), viewed as an equivalent to a company’s operating income. Average EBIT consistently has ranged from 5 to 6 percent of sales for the last 10 years, with the exception of the years impacted by the economic downturn in 2008 and 2009. The most profitable companies report average EBIT in the range of 13 to 25 percent of sales over the same 10-yr. period. 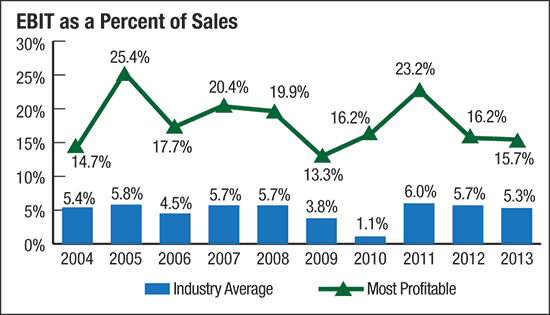 • All had less than $50 million in annual sales; and 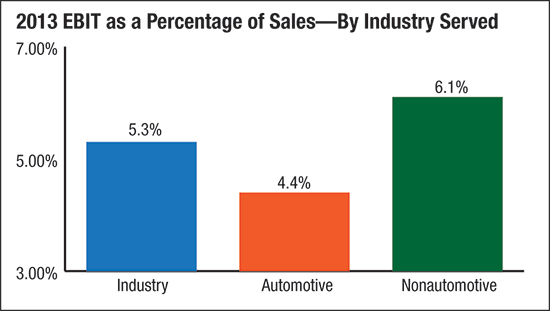 • The majority did not supply the automotive industry; more companies supplied the medical industry in the most profitable group than any other industry.

img alt="companies reporting negative earnings" src="https://www.metalformingmagazine.com/assets/issue/images/2014/03/BestPractices/Fig7.jpg" align="left" height="121" width="262" />The survey also tracks the number of companies with negative earnings. This metric has decreased steadily over the last several years. In 2010, close to 40 percent of survey participants reported negative earnings. In 2013, that number dropped to 9 percent.

An informal poll of PMA members who attended recent district meetings indicated that most expect 2014 to be another good year, with increased sales and steady profitability. However, there are concerns.

Chief among these concerns: the continuing lack of qualified employees, closely followed by capacity constraints. Many companies have maximized plant capacity and would need to expand to sustain significant growth. Expansion can be a difficult decision because it requires the contribution of capital to the business. Owners may be reluctant to put more money into play—content to maintain the status quo, which hasn’t been a particularly bad strategy the last few years. We’ll have to wait and see how this plays out over the coming year.  MF
Industry-Related Terms: Hardware
View Glossary of Metalforming Terms